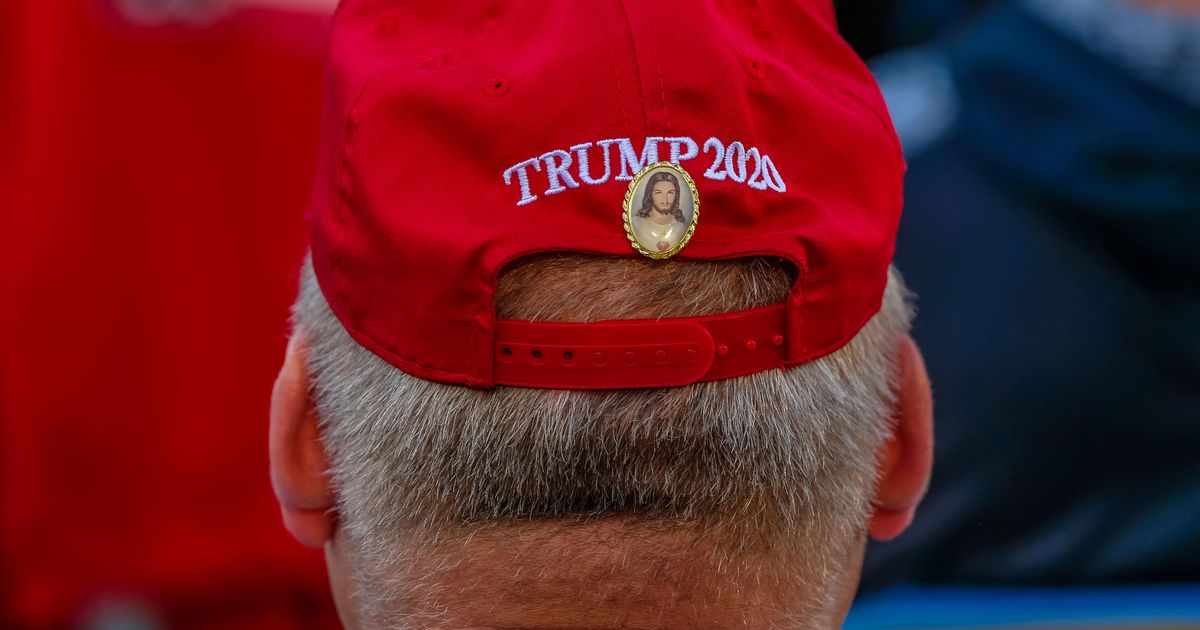 The heavily Christian Republican base was never exactly thrilled about the rise of gay rights, but lately it seems to be regressing from some tolerance back to a more overt form of bigotry. I spoke with senior writer Sarah Jones and political columnist Ed Kilgore about the ominous trend.

Ben: You two were discussing yesterday how some of the old culture-war fights that used to animate (mostly) Christian conservatives never really went away. After the Supreme Court legalized same-sex marriage, for instance, it may have seemed to godless elites like myself that the battle for gay rights had pretty much been won. But as writers like Slate’s Mark Joseph Stern have observed, the last few months have seen a revival of old, ugly talking points. The panic over critical race theory in schools has expanded to encompass sexuality, sometimes resulting in book-banning. The trend is most apparent in the way right-wingers frame Florida’s so-called “Don’t Say Gay” bill: as an effort to stop teachers from inculcating their kids with deviant ideas. It’s a dangerous idea with deep roots, and it has quickly spread among the mainstream of the Republican base. Why the comeback now?

Ed: It’s important to understand that for many conservative Christians, the fight against LGBTQ+ rights may go through setbacks, but will never end. They view things like same-sex marriage not as social/cultural trends, but as demonic advances that must be fought through to final victory.

Sarah: I’m going to expand on this in a later piece, but I think it’s correct that to say that for them, this is a battle with supernatural stakes; a fight between ultimate good and ultimate evil. As for why now, after a relatively quiet period, I think it’s because they smell blood in the water. Biden’s approval ratings are low; most experts predict a midterm blowout for Republicans. This is a way to discipline and energize the base ahead of major elections.

Ed: That’s right. I’d add that there is a mutually reinforcing dynamic going on here: Conservative Christian culture warriors are enthused that the GOP is focusing so very heavily on “their” issues right now, and Republican pols feel they are benefitting from an unusual level of “base” enthusiasm, which is always important in midterms. To the extent that Republicans are talking about economic issues at the moment, they revolve around something they can blame on big government (inflation) and bigger trends they can blame on corporations viewed as cultural enemies to the GOP base (e.g., large global firms with ties to China; “woke” companies like Disney).

Sarah: Yeah, and I don’t think it matters that the last Evangelical boycott of Disney accomplished basically nothing — they just need an enemy, and Disney will serve well enough.

Ed: And Disney’s growing ubiquity in so many media and entertainment fields helps feed the idea that the Mouse is demonic. Satan is powerful, you see. As Luther famously wrote, “On earth he has no equal.”

Ben: I knew you’d bring Luther into this. It’s true that few if any Republican elected officials are openly talking about going after gay marriage or other provisions that are popular with the public. When it comes to actual legislation, Republicans are more focused on issues of trans rights, which lack the popular support of gay rights. But there’s definitely an audacity to labeling anyone who mentions their sexuality a “groomer,” while simultaneously attacking one of the biggest, most beloved companies on the planet. Isn’t there a risk of a political backlash here?

Sarah: It’s eliminationist rhetoric, and I’m concerned that QAnon’s creep toward mainstream respectability lessens the probability that there will be significant backlash, at least within the bubble of the right wing. They’ll certainly anger liberals and alienate younger voters, but I think that’s why we see this fixation on LGBT rights occur alongside an assault on voting rights and a gradual turn toward anti-democratic beliefs. If they can’t win fairly, they’ll find a way to cheat.

Ed: And this is something that many secular observers don’t get. We’re talking about a totalitarian mind-set with the most aggressive conservative Christians engaged in what they call “spiritual warfare.” There’s no recognition at all of separation of church and state (which used to be a core Evangelical tenet). “Democracy” is just a means to an end. The Constitution is a divinely inspired document that enshrines fetal rights, property rights, “family rights” (e.g., patriarchal rights), and religious rights as absolute.

There is an eternally established way to live life and organize society. It doesn’t change or “evolve.” As a Christian right pol (Paul Broun Jr.) once put it, “[The Bible is] the manufacturer’s handbook for … how to run all our public policy and everything in society.”

Ben: I knew you’d bring Broun Jr. into this.

The share of Americans who identify as Christian has fallen dramatically in recent years, though it may be ticking up slightly again. Do you view this kind of raw culture-war stuff as kind of raging against the dying of the light, as a more secular population takes the reins? Or is that just wishful thinking? (It’s not like you have to be Christian to be conservative, of course …)

Sarah: Well, it’s important to note first that Evangelical decline is not as pronounced as mainline Protestant decline. It does face future challenges, as the nation’s youngest adults are much more likely than previous generations to identify as LGBT or support LGBT causes, but that doesn’t mean Evangelicalism is going away, or even that it’s necessarily going to moderate over time. I suspect — and this is just a personal theory, though it’s based on some data and my own reporting over the years — that Evangelicalism, and white Evangelicalism in particular, will become a haven for society’s extremists. I think this is already happening, in fact. And if the GOP is able to successfully restrict voting rights, we have a long-term problem on our hands that quite literally threatens democracy.

Ed: A radicalized minority can have quite an impact, as we saw on January 6, 2021.

Ed: And that piece, by two well-known religion writers, had the tone of a loud wake-up alarm aimed at the Times’ largely secular readership. If Trump or Trumpism returns to power in the years just ahead, it will be on the foundation of a self-consciously religious base singing “praise songs” and invoking the Holy Spirit in a call to political arms.

Ben: Do you think we could actually see a rollback of gay marriage or other national laws and rules that have extended equality to LGBTQ people? Or is this all more likely to manifest as state-by-state regulations, like the one in Florida, that might target LGBTQ people without quite saying so explicitly?

Sarah: More likely the latter, and as we’ve seen with abortion rights; that strategy of death by a thousand cuts can eliminate a right in all but name.

Ed: It’s worth remembering that the Obergefell decision that legalized same-sex marriage was a 5-4 decision. Three of the dissenters are still on the Court, and three Trump appointees have joined since then. I agree with Sarah that while a direct assault on marriage equality is unlikely right now, there is more than one way to take away people’s rights.