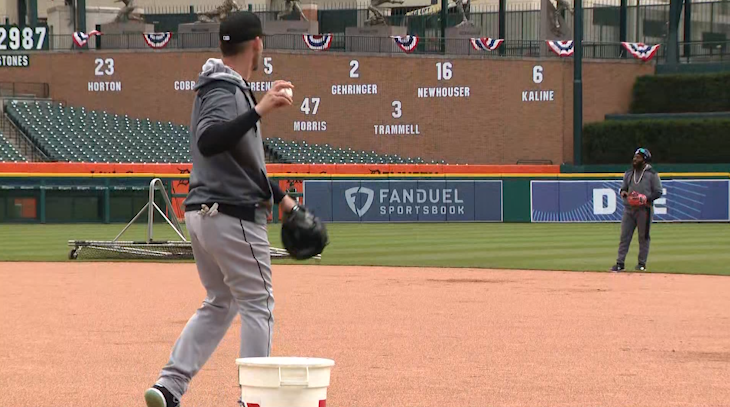 DETROIT – If they had been in Chicago, they’d be facing the same situation as they are in Detroit.

First and foremost, the weather, which is as chilly in the Motor City as it is in the Windy City on Friday as the White Sox face the Tigers in their first of 162 games in the 2022 regular season.

Also similar to if the team had opened at home is the expectations to which they’ll carry into this campaign, which isn’t necessarily a bad thing. The White Sox are currently in the middle of their competitive window and are a heavy favorite to repeat as American League Central Division champions.

There are even a few who believe that this group full of a number of young players with great potential can deliver the club’s first World Series championship since 2005. If the White Sox make the postseason, it would be the first time they’ve ever made it to the playoffs in three-straight seasons.

That will be on manager Tony La Russa to get the most out of the ballclub that returns a very similar roster to the 2021 when they capture their first division championship in 13 years. The stars on Friday when the White Sox open their 2022 season against the AL Central rival Tigers at 12:10 PM on a chilly but not rainy day at Comerica Park.


See where Cubs, Sox rank on list of most popular MLB teams

It’s the first of a three-game series for the club in Detroit before they open the home schedule on Tuesday against the Mariners at Guaranteed Rate Field.

Lucas Giolito takes the mound for his third-consecutive Opening Day start with a lot of the same players in the lineup as last year. Unfortunately, that won’t include Yoan Moncada, who is out for three weeks with a right oblique strain.

He’s one of a few late injuries for the Whtie Sox that came late in spring training, including pitcher Lance Lynn, who is out at least a month-and-a-half after knee surgery, and reliever Garrett Crochet, who is out for the year after he must undergo Tommy John surgery.

But dealing with injuries is what the White Sox did last year – and they still won the division. Many are expecting them to do it again, starting on a chilly day in Detroit.