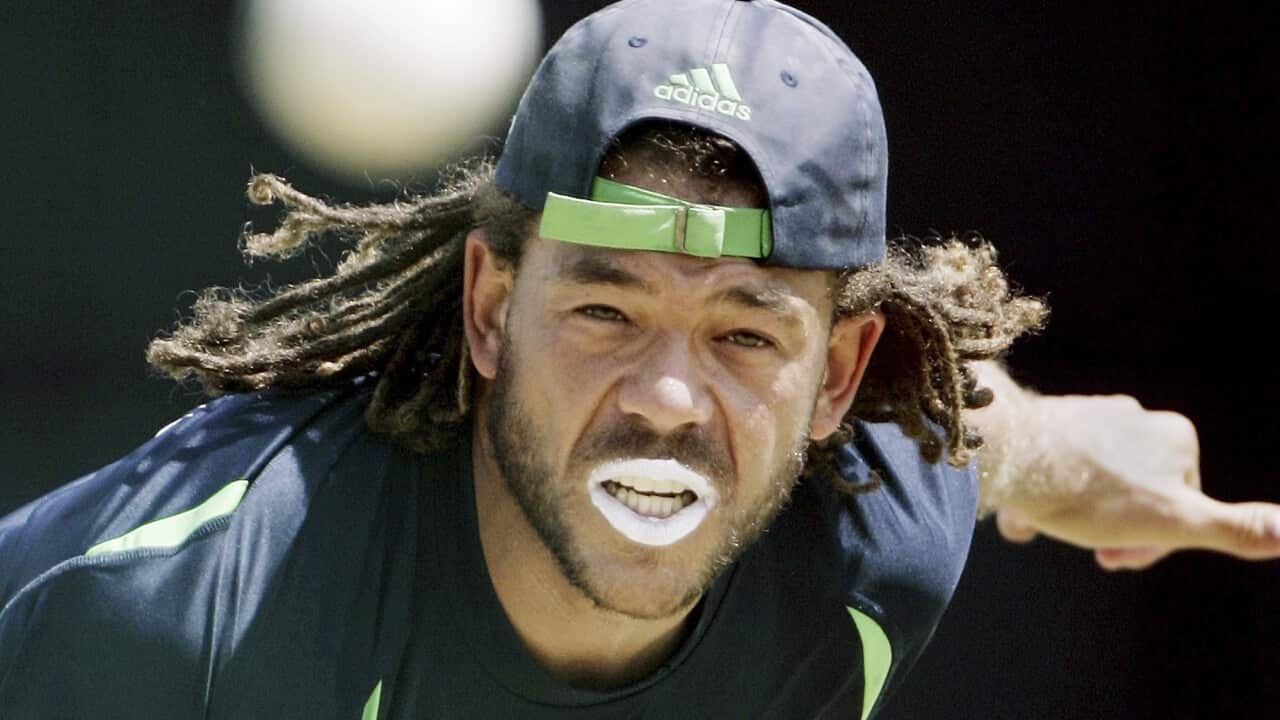 World cricket is mourning the shock loss of another Australian great after Test star and two-time World Cup winner Andrew Symonds was killed in a car crash in Queensland.
The 46-year-old “cult figure” was involved in a single-vehicle accident late on Saturday.

Queensland Police are investigating the crash, which occurred at Hervey Range, about 50km from Townsville.

Andrew Symonds cuts the ball during their second cricket test against India at the Sydney Cricket Ground in Sydney on 2 January 2008. Source: AAP / Rick Rycroft/AP

“Early information indicates shortly after 11pm the car was being driven on Hervey Range Road, near Alice River Bridge when it left the roadway and rolled,” a police statement read.

“Emergency services attempted to revive the 46-year-old driver and sole occupant, however, he died of his injuries.”

Symonds death comes barely two months after the deaths of legspin legend Shane Warne at age 52 and wicketkeeping great Rod Marsh at 74, both from heart attacks.
Cricket Australia chair Lachlan Henderson said: “Australian cricket has lost another of its very best. Andrew was a generational talent who was instrumental in Australia’s success at World Cups and as part of Queensland’s rich cricket history.
“He was a cult figure to many who was treasured by his fans and friends.
“On behalf of Australian cricket our deepest sympathies are with Andrew’s family, team-mates, and friends.”

Symonds played 26 Tests for Australia, scoring 1462 runs at 40.61 and picking up 24 wickets with his handy off spin and medium pace bowling.

His brilliant 162 not out against India in the 2008 Sydney Test helped Australia to a 122-run victory, but the game would later be mired in controversy over the Monkeygate affair.
Symonds accused Indian spinner Harbhajan Singh of calling him a “monkey”, triggering a war of words between the two teams and a threat by India to return home after Singh was initially suspended for three games.
The cricket star was born in the UK and adopted by a white couple before moving to Australia. His biological father had Caribbean heritage and was born in the West Indies.
But it was in the white-ball arena where the man they called “Roy” really excelled.

The Queenslander was also a brilliant fielder, renowned for pulling off a spectacular run out or outrageous catch just when his team needed it.
Symonds was an integral part of Australia’s Word Cup-winning campaigns in 2003 and 2007, performing with bat, ball and in the field.
His 143 against a Wasim Akram-led Pakistan in Australia’s opening match of the 2003 tournament in Johannesburg announced his arrival to the The dreadlocked right-hander’s match-winning knock came from just 125 deliveries
and featured 18 fours and two sixes.
At the time it was the highest score by an Australian at a World Cup.

In the semi-final against Sri Lanka, Symonds came to the crease with his side struggling at 3-53.

He scored an undefeated 91 to help the defending champions reach 7-212, which proved too much for the Sri Lankans in a rain-affected match.
Ricky Ponting’s men were easy victors over India in the final.
Australia didn’t need too many heroics from Symonds in the 2007 World Cup, cruising through the pool games and easily defeating Sri Lanka in the decider in Barbados.
Symonds finished his twin World Cup campaigns with two winner’s’ medals, an average of 103, a strike rate of 93.29 and the adulation of fans around the world.
“I think it’s the fear factor he puts into the opposition because he can clear the boundary on a regular basis,” former Australian captain Ian Chappell said of Symonds.
“He is going to create some run outs for you. He’ll take a blinding catch and he has been very, very tidy with the ball now for a long time.”

In recent years Symonds had worked as a TV commentator for Fox Sports and was a regular on the microphone for Big Bash League broadcasts.