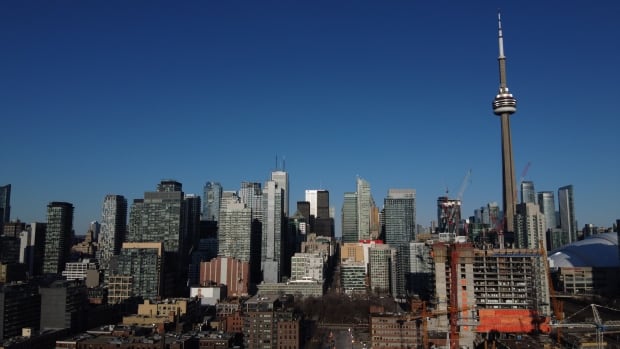 One of the central pieces of the federal budget unveiled Thursday was affordable housing — $10 billion earmarked to tackle the crisis country-wide.

It’s a mix of funding for projects and policy changes aimed at making housing more affordable.

So what was Toronto looking for and what did it get?  And what will the budget mean for one of the least affordable cities in the country?

Much of the $10-billion investment focuses on boosting the supply of homes, something that is key for Toronto.

The city was eyeing an extension of funding for a project it’s partnered on with the federal government: the Rapid Housing Initiative (RHI).

That wish was granted. The budget proposes to extend the program, which creates new affordable rental housing for marginalized people experiencing, or at risk of, homelessness, at a cost of $1.5 billion over two years.

“That is an important initiative. In Toronto alone, between Phase 1 and Phase 2 [of the RHI], we have about 1,000 units,” said Coun. Ana Bailão, a deputy mayor and the chair of the planning and housing committee.

“And again, these deeply supportive housing units are very important as part of the housing continuum.”

The largest portion of the $10-billion budget pledge is $4 billion dedicated to what the government is calling a “Housing Accelerator Fund.” The money will be for municipalities like Toronto to speed up housing development by slashing red tape, and the federal government estimates it can create 100,000 new units over five years.

When it comes to speeding up development, Bailão says the city has projects on the go for which they’d like to partner financially with the Canada Mortgage and Housing Corporation (CMHC) — mainly its Housing Now initiative, which activates city-owned sites for the development of affordable housing within mixed-income, mixed-use, transit-oriented communities.

“I think all orders of government need to work together because if they really want to build 100,000 units … we have 15,000 here in the pipeline that need their financing and we need to make sure that financing is there,” said Bailão.

There were no specific pledges to address retaining the supply of affordable rental units by tackling the practice of “renovictions” — where landlords buy lower-income housing units or buildings and evict tenants so the apartments can be renovated and put on the market at much higher rents.

However, the Trudeau government is committing to conducting a review of the role of large corporate players in the market and the impact on Canadian renters and homeowners.

“While we’re talking about increasing supply, we also need to focus on minimizing the daily and monthly losses of truly affordable housing,” said Douglas Kwan, the director of advocacy and legal services at the Advocacy Centre for Tenants Ontario.

Kwan said he welcomes the review but wanted to see more help for renters in this budget.

“We were hoping for more investments in non-market rental housing, particularly from the housing accelerator fund,” he said.

“So, the fact that there’s now a greater focus on affordable housing and renting is welcome, but it’s not enough.”

It’s not just supply that the federal government is pledging to address in the budget; it also announced a slew of new measures it says will address housing affordability.

The government plans to introduce a two-year ban on the purchase of residential real estate by people and companies who aren’t citizens or permanent residents, with some exceptions.

But just how much of an impact that will have on affordability in Toronto is unclear. According to a report from Statistics Canada, less than five per cent of homes in Toronto and Vancouver were owned by non-residents.

“While I think that will be the piece that gets a lot of press, it’s really not an effective policy objective,” said Kevin Crigger, president of the Toronto Regional Real Estate Board.

“Supply really is what will ultimately alleviate the concerns that are around affordability and availability.”

Another measure in Thursday’s budget is a Tax-Free First Home Savings Account. Those who contribute would be eligible for an tax rebate and would not be taxed on gains

“Certainly, any incentive that adds affordability is a positive first step,” said Crigger.

“But I think that’s a program that could be refined to reflect regional differences and ultimately would be a much more equitable program for people across the country.”

The question among many advocates is how quickly some of these measures can be implemented in big cities like Toronto, and how much coordination there can be between different levels of government.

“For this city, what’s needed is significant amounts of money and funding that can be spent quickly,” said Matti Siemiatycki, director of the Infrastructure Institute and a professor of geography and planning at the University of Toronto.

“We’re in this crisis. We need all hands on deck, and we need that real coordination and we need a sense of urgency to back it up.”