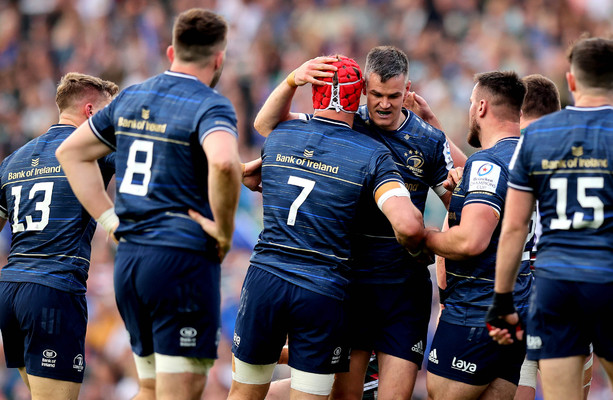 ONCE MORE WITH feeling. This will be the thirteenth meeting between Leinster and Toulouse in the European Cup, a rivalry that stretches all the way back to another century.

The bookies are giving it to Leinster (kick off 3pm, BT Sport) by ten points, quite a statement when you consider who the defending champions are, and what they have managed to do on Irish soil in the last 18 months, beating Ulster twice, Munster twice.

Well, they didn’t strictly beat Munster last weekend. They just won a penalty shoot-out. In terms of the actual game, and the additional period of extra-time, they could only draw – and this was a Munster team deprived of Dave Kilcoyne, Tadhg Beirne, John Hodnett, Gavin Coombes and Andrew Conway.

Leinster are stronger. Compare the team they have picked for today’s game with the one that Andy Farrell selected to play New Zealand last November. Twelve of the names are the same. In other words, if you are good enough to defeat the All Blacks in the Aviva, then you are good enough for Toulouse.

Especially this Toulouse. The 2022 model isn’t as fresh as the 2021 version. They lost a lot of their squad depth last summer, the close-season signings of Anthony Jelonch andTim Nanai-Williams papering over the cracks. Two new guys in contrasted with the nine who left: Clement Castets, Guillaume Marchand, Jerome Kaino, Louis-Benoit Madaule, Theo Idjellidaine, Simon Renda, Yoann Huget, Maxime Marty and most painfully of all, Cheslin Kolbe.

Time after time Kolbe got them out of trouble last year. Now that he has gone, teams feel a lot braver in double-marking Antoine Dupont. Both Ulster and Munster did a good job on the great one recently but it’s worth reminding you that Dupont still managed to hurt them, getting the winning try in Belfast, tho decisive kicks at the Aviva.

Dupont celebrates his try against Ulster.

“Comparing (Jamison Gibson-Park to Dupont) is very generous to Gibson-Park,” O’Driscoll said yesterday in an interview with Midiolympique. “He’ll need to maintain his current form for a couple of seasons before he’s mentioned in that conversation. I mean, have you seen Dupont? Is he actually human?

“He’s out on his own, comfortably. Even in the most difficult situations, he’s able to turn things to his advantage. I hear people saying: ‘He’s not playing as well as last year.’ Are you mad? He’s man-marked more than anyone and still he does incredible things.”

Yet there is only so much one man can do, especially when you think back to the second Leinster try last weekend, Gibson-Park at the heart of things, zipping passes, constantly scanning, releasing willing runners, six of the Leinster pack making carries, aided by three backs, the last of whom, Robbie Henshaw, finished a move he started.

That sequence of play, just after the first quarter, felt like a marriage of two coaching philosophies, Joe Schmidt’s and Stuart Lancaster’s, the former’s obsession with quick ruck ball matched by the latter’s passion for his teams to vary their running lines.

It’s easy to combine these things when your quality of player is so high. And Leinster’s is. As well as the dozen who started for Ireland against New Zealand last November, there were three separate occasions in this year’s Six Nations when Leinster provided Andy Farrell with 11 starters. 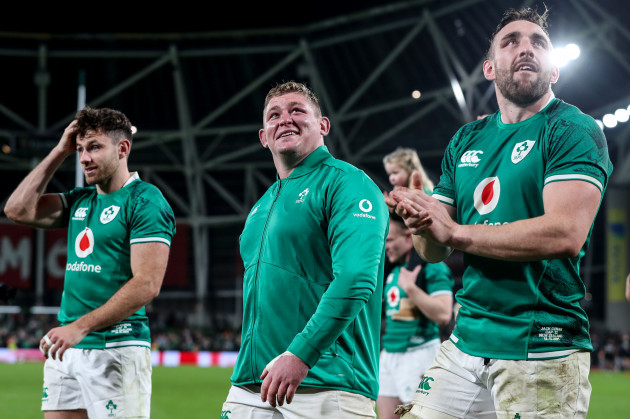 That’s why Toulouse won’t intimidate them. Yes, they’re a formidable team – indeed nine of their players featured against Ireland in the Parisian test – but they aren’t New Zealand, they aren’t England. In fact they aren’t even the Toulouse of 2021.

Plus they are away from home. That counts. Yes, there have been some dark days for Irish clubs in home European semi-finals – Leinster losing to Perpignan in this stadium back in 2003, Munster to Saracens in 2017 – but you only have to check your history books to get an idea of how home advantage counts.

And yes, this is a home tie. The Aviva is about a mile from Leinster’s home ground, two miles from their training base. By yesterday afternoon 39,000 tickets had been sold. That’s a lot of voices shouting at a referee and a TMO.

You sense Leinster need this more, not just because it is four years since their last win, more because of the manner of their defeats in Europe since, to Saracens in 2019 and 2020, to La Rochelle last year.

Each time the analysis focused on one thing, that they’d been overpowered. That kind of talk is guaranteed to fire a pack up. They’ve a point to prove now and they’ll be proving it against a team who looked out on their feet a week ago, even allowing for the fact they were able to slow the game down against a Munster side whose front row is weaker than Leinster’s.

You’d pay the admission fee alone for the chance to see Cyril Baille go up against Tadhg Furlong although the more significant battle may be across the front row where Andrew Porter faces Dorian Aldegheri. Dan Cole gave Porter a hard enough time last Saturday. Then again, Dan Cole has been giving looseheads a hard time since 2010.

Porter, remember, didn’t play against La Rochelle in last year’s semi-final. Nor did Caelan Doris. Rhys Ruddock went off after a quarter of that game. There was no Johnny Sexton that day. Gibson-Park was not around. Today they are. These things count and when the scorers do the final count at around five this afternoon, Leinster will have more points to their name. That quest for a fifth star on their shirts is about to move closer.

Get instant updates on your province on The42 app. With Laya Healthcare, official health and wellbeing partner to Leinster, Munster and Connacht Rugby.