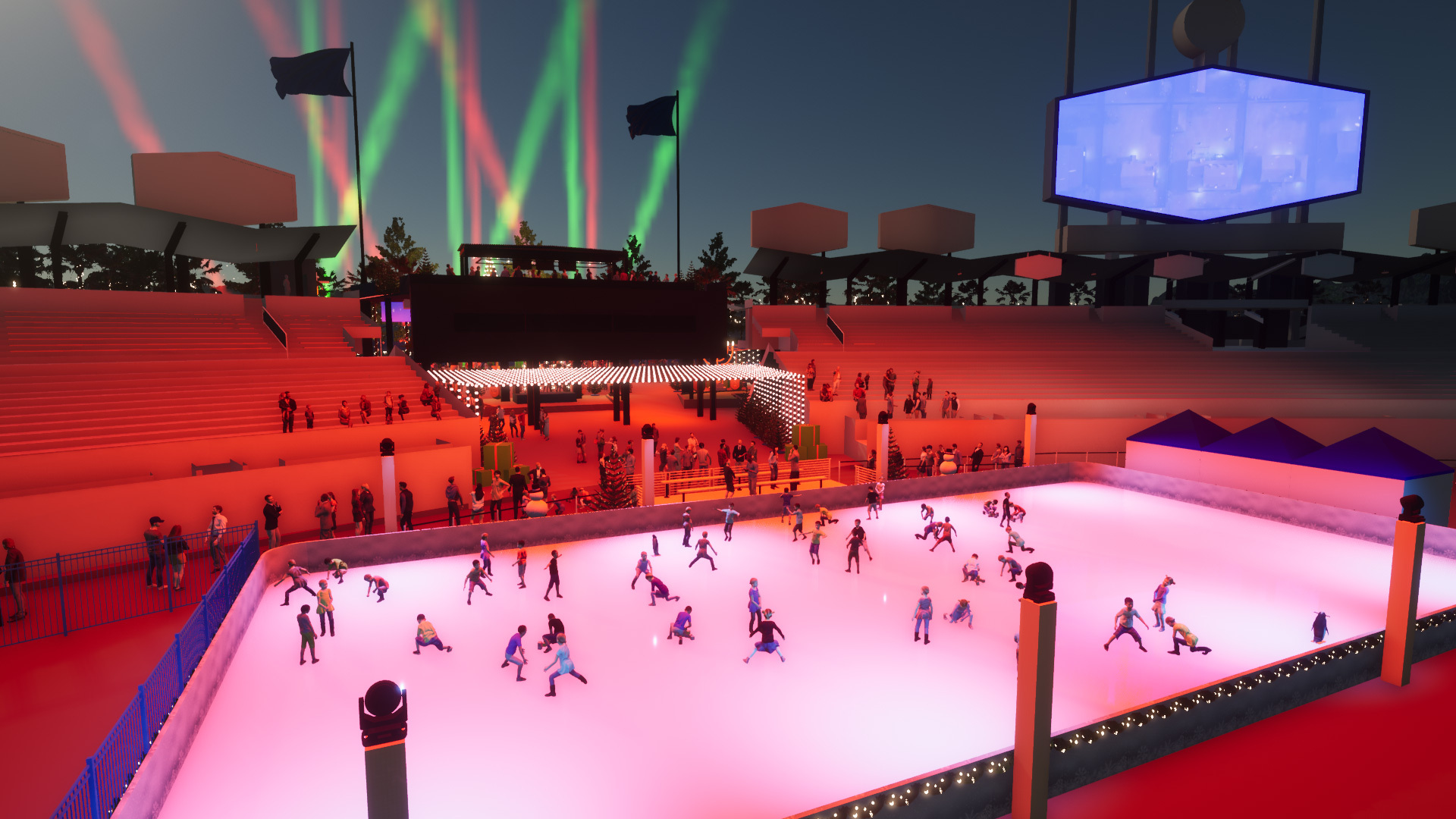 The Dodgers may not have claimed another World Series trophy and ring this season, but there are still some sparkly things and ice—literally—bound for Chavez Ravine.

Starting the day after Thanksgiving and through the end of the year, the Dodgers Holiday Festival will cover portions of the stadium with Christmas lights. After last year’s drive-through in Lot 10, this year’s on-foot festivities sound like a significant upgrade: You’ll find seasonal decorations and food and merch in the expanded center field plaza, Santa in the bullpen and—most excitingly—an ice skating rink in the outfield.

Tickets start at $16 and go on sale Wednesday, November 10 at 10am. You’ll have a choice between entry before or after 7pm, to cut down on crowding. Parking costs an additional $12 ($15 at the gate), or $20 for a preferred spot.

Though all of the activities in the plaza are included in a base ticket, there’s an additional fee for ice skating and photos with Santa. You’ll find the 80-by-60-foot ice rink plopped just inside of the center field fence. Access will be booked in 30-minute sessions ($15; skate rentals included), but we’re told that tickets will be “extremely limited.” The same goes for Santa, who’ll be warming up his sleigh in the bullpen for purchasable photos ($40).

Elsewhere in the plaza, you can expect oversized backdrops like presents, snowmen and a 40-foot Christmas tree, plus live music, bounce houses, light tunnels and what the stadium is calling a “Northern Lights immersive experience.”

On the food and beverage side, some of the concessions will be open (Shake Shack is specifically mentioned in the event’s announcement) and serving entrees, desserts and drinks (from booze to hot chocolate) fit for the season. And, of course, you’ll be able to pick up some merch for any true-blue fans on your shopping list.

The Dodgers Holiday Festival runs at Dodger Stadium from November 26 through December 31, on weekdays from 5 to 10pm and weekends from 3 to 10pm. Admission starts at $16. Per the latest city ordinances, proof of vaccination or a negative test result are required.