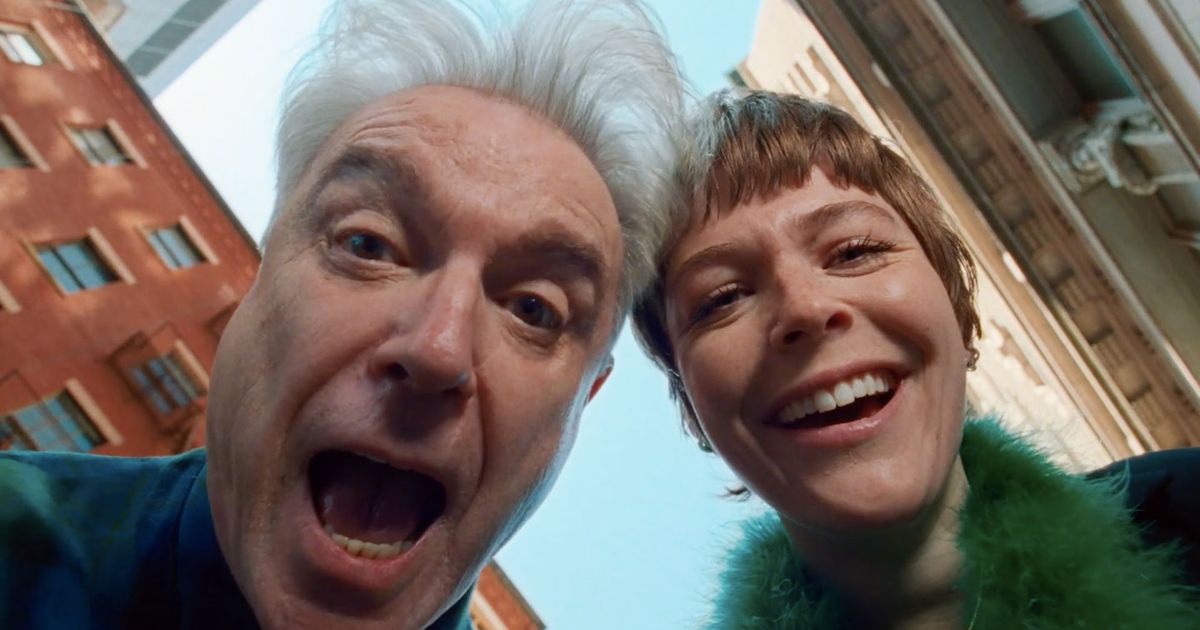 Where is Maggie Rogers in her “That’s Where I Am” music video? New York! The singer-songwriter took a little leave from grad school at Harvard to return to the concrete jungle where music videos are made and shoot a little clip for her latest, the first single off upcoming album Surrender. Call it her, uh, love letter to New York — after all, Rogers did start her career there, studying music at NYU. She had a particularly New York time in the new visual, strutting down the street in a coat and fabulous fuzzy scarf and running into some local heroes along the way. Wait, was that David Byrne on his bicycle? Yes, and he’s back to sing with Rogers! She also finds photographer Quil Lemons in a taxi, the Walkmen’s Hamilton Leithauser busking outside a building, and a bunch of nuns walking down the street. (The only non–New York thing about the video? How big her Manhattan apartment is.) The whole thing culminates with a rooftop concert, featuring Rogers in an immaculate shimmering dress, belting out the scuzzy, massive, ready-made hit that is “That’s Where I Am.” It’s her New York movie moment, and we’re all just extras.