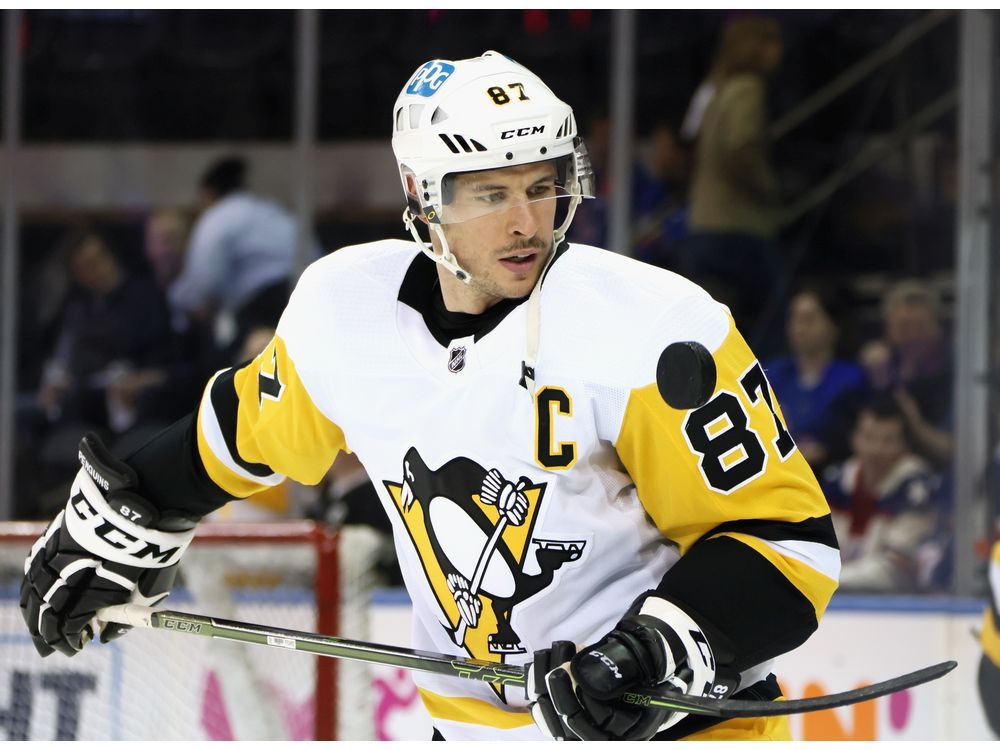 Pittsburgh Penguins centre Sidney Crosby and goaltender Tristan Jarry were on the ice for Saturday’s practice, although their status remains unknown for Sunday’s Game 7 against the host New York Rangers.

Crosby missed Friday’s 5-3 loss in Pittsburgh in Game 6 as the Penguins failed to close out the first-round Eastern Conference series for the second straight game. Jarry has been out since April 14 with a foot injury.

Crosby was injured in the second period of Wednesday’s Game 5 loss when he took a high, hard hit from Rangers defenceman Jacob Trouba. The Athletic reported that the 34-year-old Penguins captain suffered a concussion.

Crosby has two goals and seven assists in the series. In the regular season, the three-time Stanley Cup champion had 31 goals and 53 assists in 69 games.