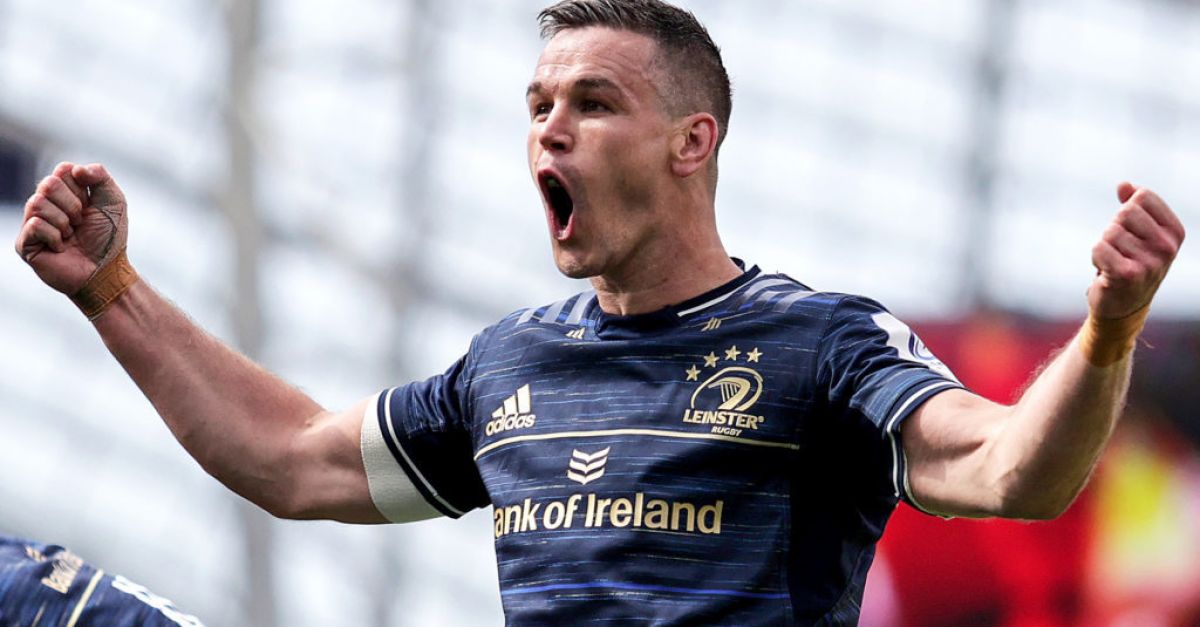 Leinster have booked their place in next weekend’s Heineken Champions Cup final.

The Blues are heading to the Marseilles decider following a 40-17 win against holders Toulouse at the Aviva Stadium.

James Lowe scored tries in either half for Leo Cullen’s side, with Josh van der Flier and Hugo Keenan also crossing the whitewash.

They’ll await the winners of tomorrow’s other semi-final between La Rochelle and Racing 92.

Alisson Becker was the spot-kick hero as Liverpool secured another penalty shoot-out triumph against Chelsea to win the FA Cup and keep their quest for an unprecedented quadruple alive.

Just 76 days after the Reds edged past Thomas Tuchel’s men on penalties following a scoreless Carabao Cup final, Wembley witnessed another gripping clash between these sides that went down to the wire.

Nothing could split them after 90 minutes and extra time again, with Alisson coming up trumps in the shoot-out as Liverpool won their first FA Cup since 2006.

Mohamed Salah comes off with an injury in a goalless first half 😩 pic.twitter.com/wORJ6tQjNm

St Pat’s have the chance to move up to third place in the SSE Airtricity League Premier Division this evening.

The Saints will leapfrog Dundalk if they can beat Sligo Rovers at the Showgrounds, where it’s scoreless in the early stages.

Sligo are hoping to bounce back from away defeats to Shamrock Rovers and Shelbourne.

Not much between the two sides heading into the game tonight.. 👊

Nottingham Forest were 2-1 winners at Sheffield United in the first leg of their Championship play-off semi-final.

Steve Cooper’s side went 2-0 up and missed a hatful of chances to put the tie to bed, before the hosts scored in injury time to halve the deficit going into Tuesday’s return fixture.

The party don’t start till’ 𝙅𝙤𝙚 walks in! 🍾
#COYBIG🍀🏆 pic.twitter.com/boK3ukF4oR

They received the trophy following their 6-0 win at home to Motherwell on the final day of the season.

Addressing the crowd at Parkhead, manager Ange Postecoglou said there’s more success on the way to follow his first campaign in charge.

Dublin will be assured of a place in the All-Ireland Hurling Championship if they can overcome holders Kilkenny in the Leinster Championship this evening.

Kilkenny lead 1-11 to 0-11 at half time, with Mossy Keoghan scoring the goal for the Cats at Parnell Park.

Second-place Galway have beaten Laois in their round-robin encounter by 2-37 to 0-21, while in Mullingar, Wexford lead Westmeath by 0-18 to 1-12 with around 10 minutes to go.

Offaly have taken a massive step towards the Joe McDonagh Cup final after beating Kerry this afternoon.

The Faithful held on for a 4-23 to 2-28 victory at Austin Stack Park. Offaly now move up to second in the table with that win.

Meanwhile, Carlow have picked up their second win of the campaign with a 2-25 to 1-19 win over Down at Netwatch Cullen Park.

2020 winners Tipperary are taking on Limerick in the semi-finals of the Munster Football Championship at Semple Stadium.

It’s currently level at Tipperary 0-06 to Limerick’s 1-3 in the second half of their last four tie, with Kerry awaiting the winners in the decider.

Meanwhile Tyrone are the All-Ireland under-20 football champions after beating Kildare in the final. Ruairi Canavan scored the goal to bring the title back to the Red Hand. It finished Tyrone 1-20 to Kildare 1-14.

Séamus Power is in a share for 23rd place at the AT&T Byron Nelson in Texas. The Waterford man is 1 under par after 8 today, 12 under for the tournament. He’s six shots off the lead of Coloumbian Sebastian Munoz.

Meanwhile Niall Kearney is just two shots off the lead in the Soudal Open in Belgium. The Dubliner has shot a two under third round of 69 to move to 8 under for the tournament and in a tie for 4th right now. Kiwi Ryan Fox has a 1 stroke lead on 11 under par.

Irish boxer Michaela Walsh is through to the last eight of the IBA Women’s World Boxing Championships in Turkey.

She picked up a split decision victory over her Ukrainian opponent Valeriia Yeroshenko in the women’s featherweight competition.