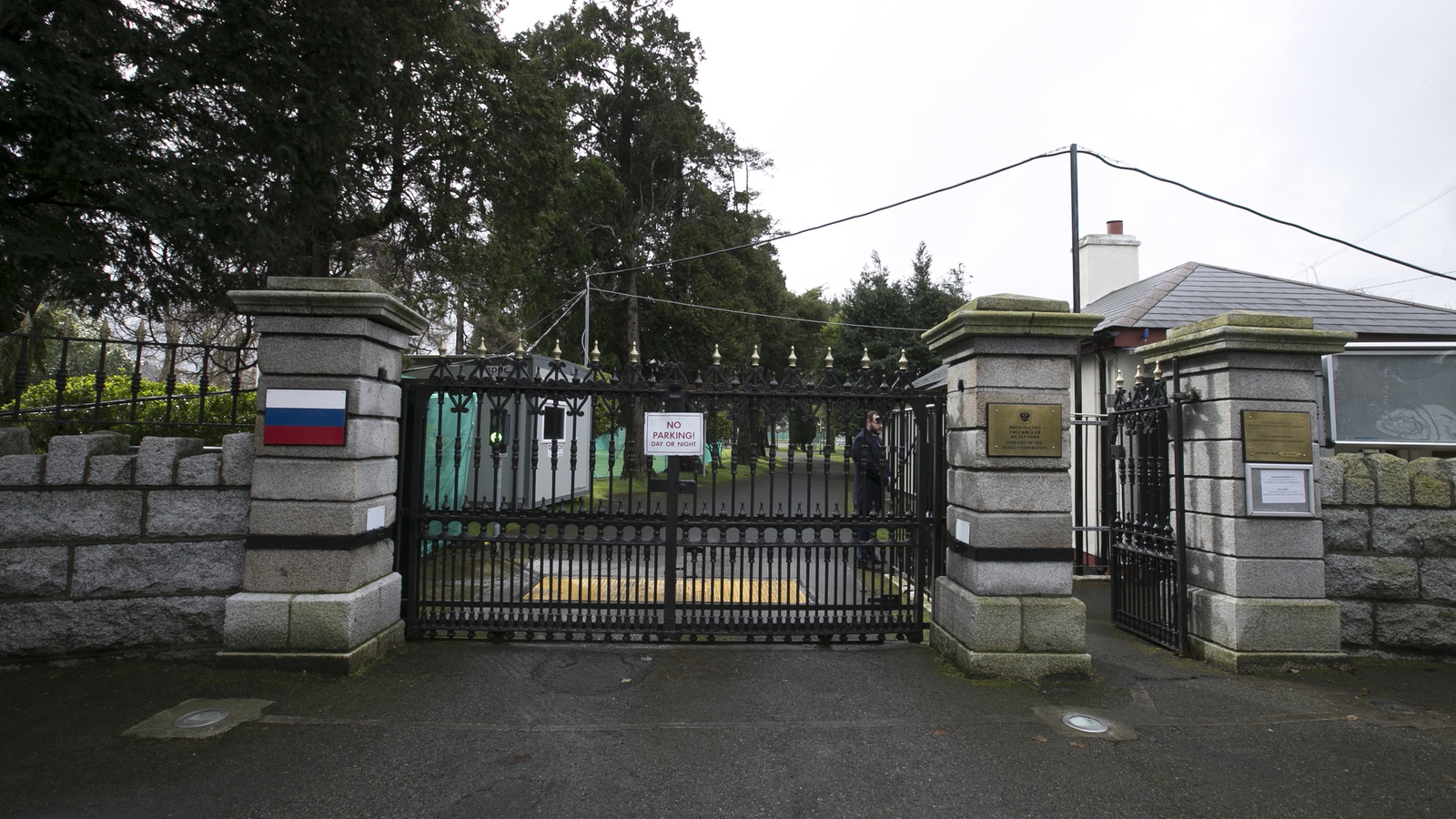 The Russian Embassy in Dublin has said Moscow is “determined” to respond to any “hostile steps” by Ireland following the expulsion of four of its diplomats last month.

Taoiseach Micheál Martin told the Dáil on 29 March that the expulsion of the Russian diplomats would send a signal expressing Ireland’s “abhorrence” of the war in Ukraine.

Yesterday, two diplomats were asked to leave the Irish Embassy in Moscow.

The Minister for Foreign Affairs, Simon Coveney, said the decision would “significantly reduce our ability to provide services to our citizens in Russia and to maintain diplomatic channels of communication with the Russian Federation”.

Today, the Taoiseach said the expulsion of two Irish diplomats from Moscow was “completely unjustified”.

Micheál Martin was speaking in Helsinki where he held discussions with both the President and Prime Minister of Finland.

In a statement, the Russian Embassy in Dublin said: “On 7 April, 2022, the Ambassador of Ireland in Moscow Brian McElduff was summoned to the Ministry of Foreign Affairs of Russia.

“Resolute protest has been lodged in relation to the unfriendly and groundless steps by the Irish authorities, undertaken in March, which demanded the departure of four employees of the Embassy of Russia in Dublin.

“The Ambassador was informed about appropriate reciprocal measures with respect to a number of diplomats, working at the Embassy of Ireland in Moscow.”

It said the Russian Ministry of Foreign Affairs was calling upon the Irish authorities to act in accordance with their obligations under the Vienna Convention on Diplomatic Relations of 1961.

It said Ireland should “immediately remove any obstacles to the work of the Embassy of Russia in Dublin and ensure normal conditions for the functioning of the Russian diplomatic mission”.

The embassy also warned that it had “been emphasised that if the Government of Ireland is to continue its destructive line towards Russia there should not be the slightest doubt in Dublin about Moscow’s determination to respond proportionally to any hostile steps”.