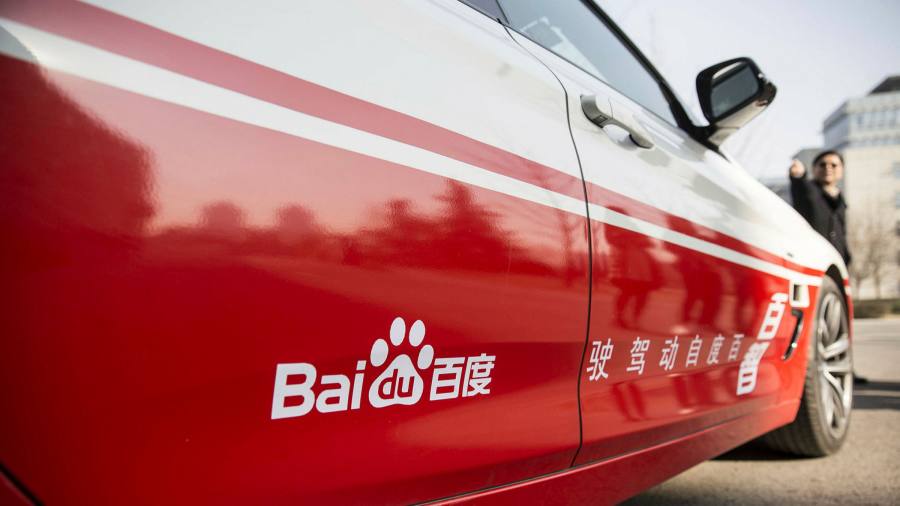 Beijing has become the first capital city to approve a big experiment in fare-charging autonomous taxis on its roads. Chinese search giant Baidu and self-driving start-up Pony.ai, which is backed by Toyota, can now begin operating a combined fleet of 100 cars. The licences give the two companies a head-start on rivals such as Uber of the US.

The trials, if successful, will bring closer an era when robotaxi rides are a routine part of city life. They will permit Baidu and Pony.ai to collect a wealth of data on driving conditions and passenger preferences. For ride-hailing companies, autonomous taxis represent a silver bullet for widening losses as labour costs rise.

Baidu holds two-thirds of the permits. Its robotaxis will cover more than 600 pick-up and drop-off points in a designated area in Beijing, which includes commercial and residential buildings, between 7am and 10pm.

The large size of the fleet and number of pick-up points will help both companies improve their technology. California and Phoenix, Arizona, have permitted autonomous vehicle tests, but the number of cars per company is typically much smaller. Permits for others, such as Nuro, are for delivering goods only.

Shares of Baidu rose 5 per cent, after a 40 per cent drop this year, following the licence approvals, reflecting the validation of its strategy shift. Baidu, which posted a $2.6bn net loss in the third quarter, has battled slowing advertising revenues for more than a decade.

Pony.ai’s private valuation, which was about $5.3bn at its last funding round, should also get a boost. It has an opportunity, with Baidu, to eat into the market share of ride-hailing companies including Didi, Uber and Lyft. But unfortunately robotaxis will not be ready for widescale deployment soon enough for ride-hailing groups: driver shortages are already a big problem in the US.

The Lex team is interested in hearing more from readers. Please tell us what you think of the commercial prospects for robotaxis in the comments section below