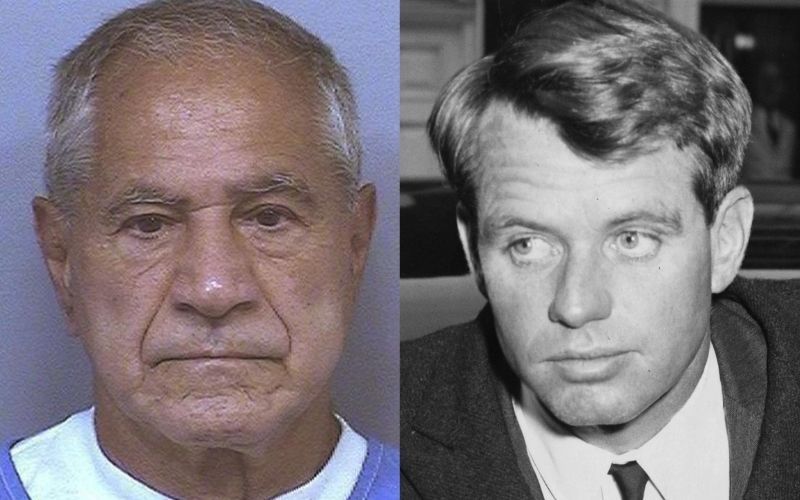 Sirhan Sirhan, who shot and killed Irish American politician Robert F. Kennedy in California in June 1968, has been denied parole by the Governor of California Gavin Newsom.

Sirhan won his 16th parole hearing in August 2021; it was the first time no prosecutor showed up to argue for his continued imprisonment, the New York Times noted at the time.

Speaking at that parole hearing, Sirhan said he had little memory of killing Kennedy but said he “must have” taken the gun to The Ambassador Hotel in Los Angeles, California where Kennedy was shot on June 5, 1968.

While Sirhan won the parole hearing in August, it was subject to review by the California Parole Board as well as California Governor Gavin Newsom, who on Thursday announced he reversed the decision to grant Sirhan parole.

“Mr. Sirhan currently poses an unreasonable danger to society if released from prison,” Governor Newsom wrote in his decision that was published on January 13.

“Despite his 53 years of incarceration, Mr. Sirhan has failed to develop the insight necessary to mitigate his current dangerousness and is unsuitable for parole.

“Consequently, I reverse the Board’s decision to parole Mr. Sirhan.”

Earlier in the day on Thursday, The Los Angeles Times published an op-ed written by Governor Newsom in which he explained why he would not release Sirhan on parole. He wrote in part that Sirhan’s release would “pose a threat to public safety.”

Angela Berry, Sirhan’s defense attorney, said on Thursday: “We fully expect that judicial review of the governor’s decision will show that the governor got it wrong.”

Berry accused Newsom of choosing “to overrule his own experts (on the parole board), ignoring the law.”

Sirhan has been in prison since April 1969 when he was convicted of the first-degree murder of Robert F. Kennedy, brother to John F. Kennedy, the first Irish Catholic President of the US. On June 5, 1968, RFK was shot in the pantry of the Ambassador Hotel in Los Angeles, California, shortly after delivering a victory speech after winning the California Democratic primary.

Kennedy died the following day, June 6, 1968. His widow, Ethel Skakel, was pregnant with the couple’s 11th child at the time of his death.

The family said that Governor Newsom’s decision “represents the vindication of the rule of law over all who would betray it with hatred and violence.”

They added: “We are deeply grateful for this decision, aimed at ensuring that no family nor our nation will suffer the same heart-breaking, irredeemable loss.”

I am deeply grateful to Governor @GavinNewsom for his courageous commitment to justice and am moved by the outpouring of love and support we have received. pic.twitter.com/YoHGJWGE5e