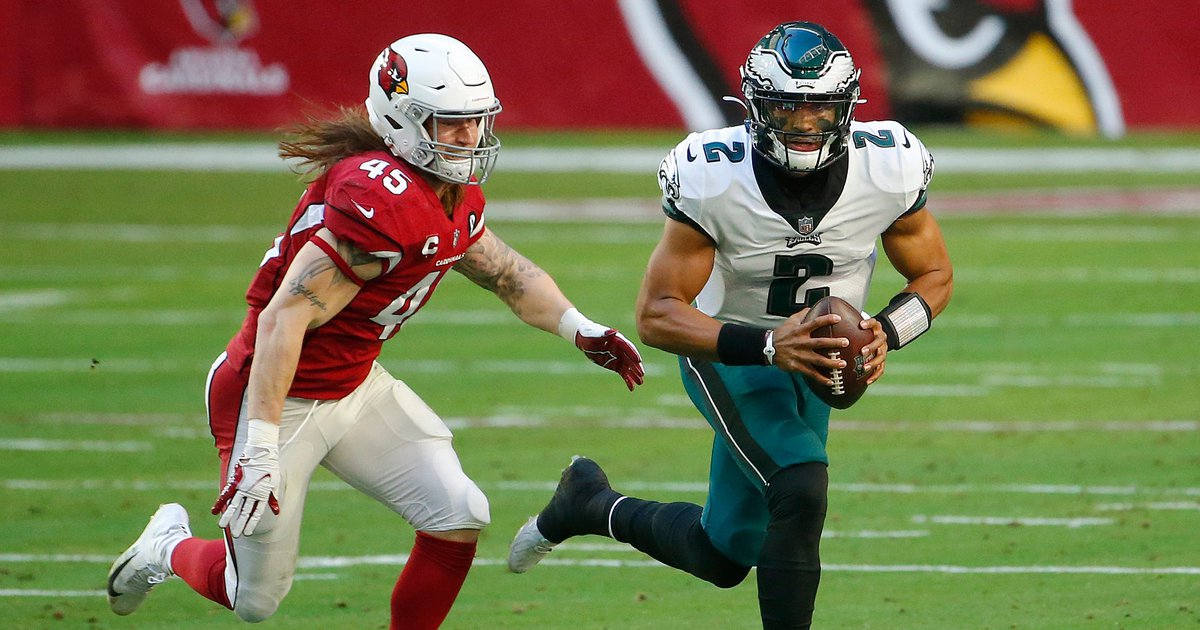 For a man with a Charlie Kelly-like inability to leave the Philadelphia city limits, I sure do like talking about Eagles road trips! The teams the Eagles would play away from the friendly confines of South Philly have been known for some time, but with the NFL schedule being released this past Thursday, fans now know when the Birds will be playing. That’s equally if not more so important when planning out an Eagles road trip.

I previously did a road trip ranking list back in March in the aftermath of Carson Wentz being dealt from Indianapolis to Washington:

I’m going to make some amendments now that Eagles fans will know exactly when these games will be played. I have to say, I have way less excitement for these games than I did before the scheduled officially dropped.

The fact that this game is in October rather than November or December, hurts, but in a weak group, Arizona remains on top for me. Being able to escape the chilly Philly area later in the year before heading to the Southwest would’ve been wholly welcomed. October isn’t bad though. Selfishly, as I’ve written previously, my in-laws live in Arizona and that’s a big plus for me in my rankings too.

The Commanders’ have, by far, the worst stadium in the NFL and perhaps the worst in all of North American pro sports outside of the Oakland Coliseum. Still, this is the Eagles’ first matchup against Wentz since he was dealt from Philly to Indianapolis last offseason. Birds fans were certainly amped for a trip to Indy to see Wentz this season, but the Colts trading him to Washington still leaves him as a 2022 Eagles opponent. The Eagles going against the city’s former golden boy is seismic.

Even I’m surprised to have Detroit this high, but seeing the Birds play Week 1 is an awesome experience no matter where the game is being played.

I’ve never been to Houston. Seems like a cool enough city? This game is on a Thursday night, so you’d have the weekend to take in Houston as well.

This game lost a ton of juice since Wentz is no longer a Colt, but, hey, there is that shrimp cocktail at St. Elmo Steakhouse.

It’ll be cold, but at least it’s a quick day trip. The Eagles typically own the Giants too, so it’d be a good chance of catching a road win.

Chicago is the biggest loser in my revised rankings. Heading to the Windy City in September or early October would’ve been a gorgeous undertaking. Late December though? Absolutely not. The high temperature in Chicago on December 18, 2021 was 42 degrees. Hard pass!

Who the hell wants to spend their Christmas in Texas?