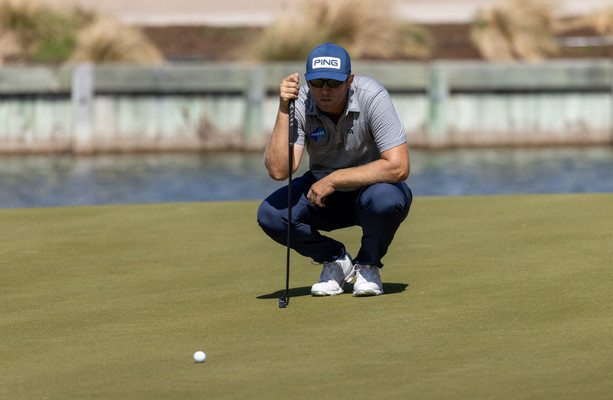 SEAMUS POWER MAINTAINED his form at the AT&T Byron Nelson, as he shot a three-under round of 69 to place 18th after the third round of the tournament.

It would have been better had Power been more accurate off the tee but the Waterford man managed to hit just seven of 14 fairways and 12 of 18 greens in regulation. Power finished his round tied for 18th at 14 under.

He had his moments. On the 569-yard par-5 fifth hole, Power reached the green in three and sunk a 23-inch putt for birdie. This moved Power to even-par for the round after an earlier bogey but he was going in the right direction, reaching the green in two on the 361-yard par-4 sixth, where he tapped in for birdie.

Steady golf followed before he reached the green from the tee at the par-4 14th – a 330-yard hole – where he missed his eagle putt by a foot before tapping in for birdie. Then on the par-5 18th, he reached the green in 2 and sunk a 31-foot putt for eagle. This put Power at 3 under for the round.

There was some spectacular golf at the top of the leaderboard; Sebastian Munoz remains out in front after a 6-under round of 66; he leads the field by one stroke, Jordan Spieth his closest pursuer after the American shot an 8-under round of 64 to finish on 20-under thru 54 holes.

Joaquin Niemann is a shot further back – he had a 65 today but the round of the day belonged to America’s James Hahn who had an 11-under round of 61.

You wouldn’t have imagined magic was about to follow after he had three pars to open his round but then came a run of five birdies in six holes on the front nine before he went eagle, birdie, birdie, birdie from 12 thru 15. A further birdie on 18 completed a fine day’s work.