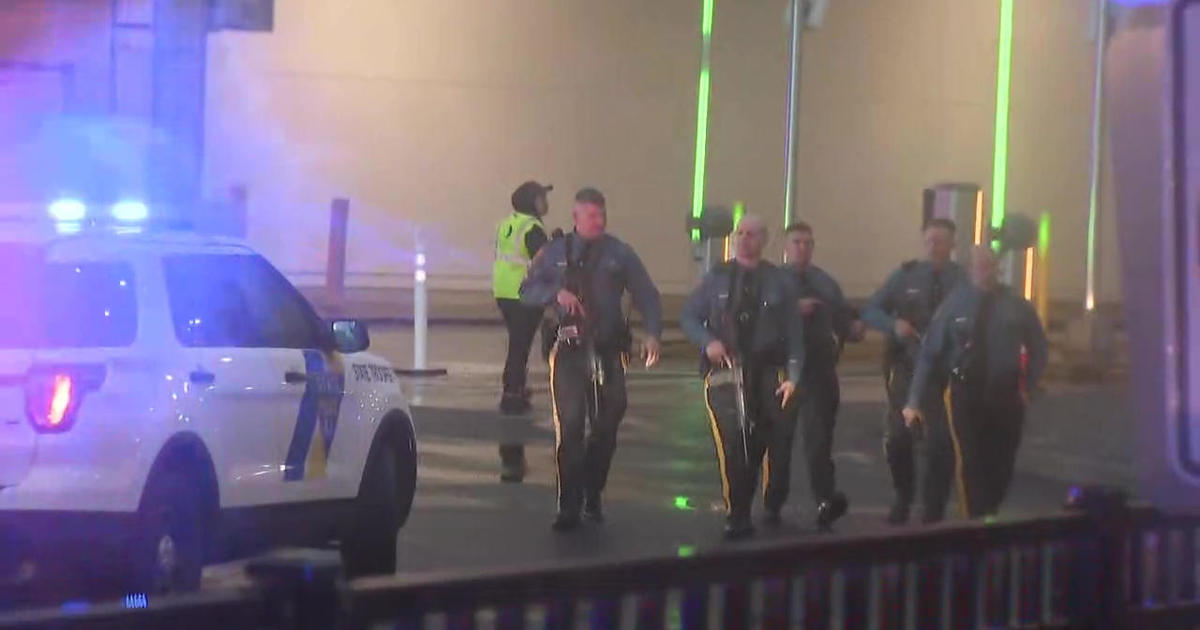 East Rutherford police told CBS2’s Thalia Perez a man was shot just before 6 p.m., but his injuries are not life threatening. They added three suspects fled the mall and no arrests have been made.

Galvez said he heard two shots and screams. He described the chaos, saying the mall was on lockdown for about an hour and he and co-workers locked themselves inside a third-floor kitchen until it was safe to come out.

“Security was telling us to just stay in our jobs or stay in a store or in the food court because they couldn’t find the shooters,” Galvez said.

Videos posted to social media show police carrying long rifles inside the mall, where police sources told CBS2 that initial reports said the shooting took place, and shoppers scrambling to get out.

Police have not released any information about the victim.