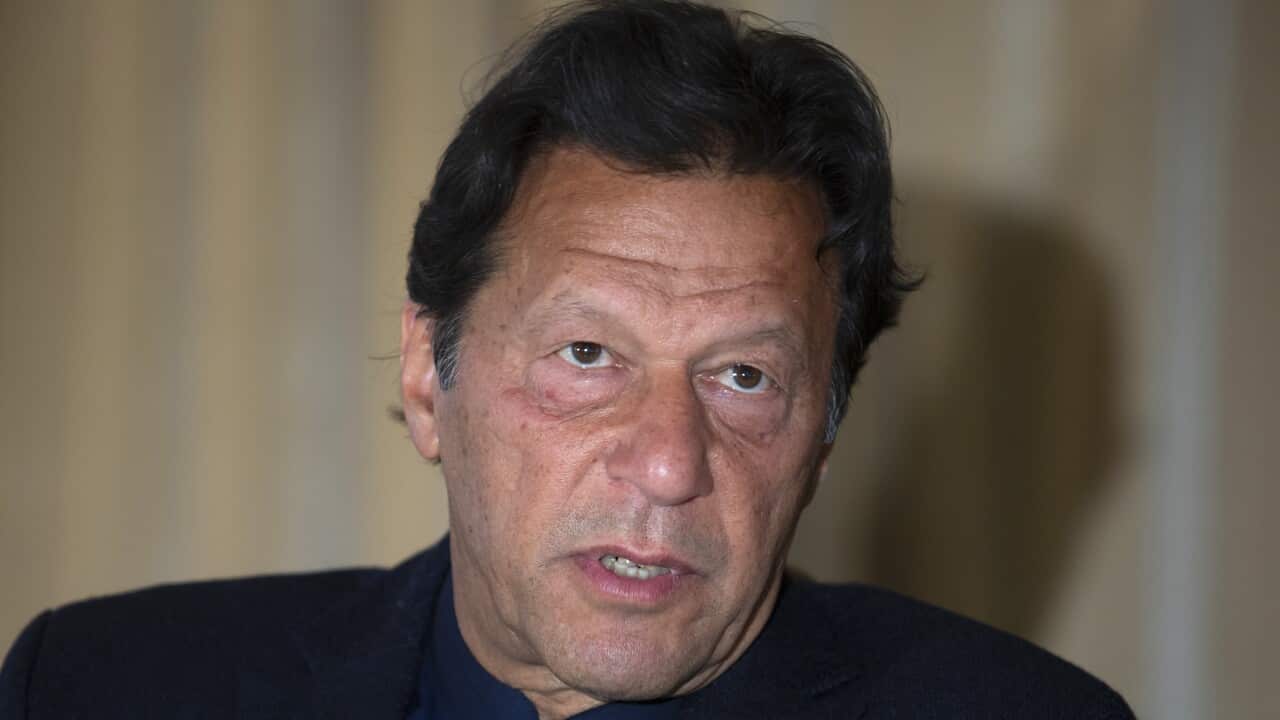 The former cricket star had moved to break up the lower chamber ahead of a no-confidence vote against him that he was likely to lose. The court said in its judgment that the vote should now go ahead.

“The advice tendered by the Prime Minister on or about 03.04.2022 to the President to dissolve the Assembly was contrary to the Constitution and of no legal effect,” Chief Justice of Pakistan Umar Ata Bandial said, as he read out a 13-point order to a packed courtroom.

Dozens of opposition members outside the building shouted in jubilation when the unanimous ruling was announced. Angry supporters of Mr Khan chanted anti-American slogans in reply as police in riot gear separated the sides.

The constitutional crisis has threatened economic and social stability in the nuclear-armed nation of 220 million people, with the rupee currency hitting all-time lows earlier on Thursday and foreign exchange reserves tumbling.

When opposition parties united against Mr Khan last week to push for the no-confidence motion, the deputy speaker of parliament, a member of Mr Khan’s party, threw out the motion, ruling it was part of a foreign conspiracy and unconstitutional.

Leaders of Pakistan’s opposition parties say they want early elections, but only after delivering a political defeat to Mr Khan. Source: AAP / EPA

Thursday’s ruling in the capital Islamabad could spell the premature end of Mr Khan’s tenure in a country where no elected leader has finished their full term in office.

The 69-year-old, who steered Pakistan to cricket World Cup victory in 1992, came to power in 2018 after rallying the country behind his vision of a corruption-free, prosperous nation respected on the world stage.

But the firebrand nationalist’s fame and charisma may not be enough to keep him in power. He could not deliver on all of his lofty promises and failed to avert an economic decline partly sparked by the COVID-19 pandemic.

Mr Khan called a cabinet meeting for Friday when he also planned to address the nation.

“My message to our nation is I have always & will continue to fight for Pak till the last ball,” he tweeted.

If Mr Khan were to lose the no-confidence vote, the opposition could nominate its own prime minister and hold power until August 2023, by which date fresh elections have to be held.

Shehbaz Sharif, a member of the powerful Sharif political dynasty, said after the court ruling that allies in the opposition had nominated him to take over should Mr Khan be ousted.

The opposition has said it wants early elections, but only after delivering a political defeat to Mr Khan and passing legislation it says is required to ensure the next polls are free and fair.

Pakistan’s election commission said on Thursday the earliest it could hold the ballot was October.

Economic policymakers will want to see the crisis resolved as quickly as possible. Pakistan is in the middle of an International Monetary Fund bailout which it desperately needs to shore up hard currency reserves.

The Pakistan rupee took a battering on Thursday as the country awaited the court’s judgment, hitting record lows. In its biggest hike in years, the central bank raised its policy rate by 250 basis points to 12.25 per cent in an emergency meeting.

“As (the) dollar continues to soar, a massive economic meltdown is staring the country in the face,” Sharif said in a tweet.

The crisis also threatens Pakistan’s relationship with its long-time ally the United States, who Mr Khan has blamed for being behind a conspiracy to overthrow him. Washington denies this.

Some political analysts said the country’s powerful military viewed Mr Khan and his conservative agenda favourably when he won a general election, but that its support has waned. Mr Khan has denied enjoying their backing.

The military has stepped in to remove civilian governments and take over on three occasions since Pakistan’s independence in 1947, citing the need to end political uncertainty.

The current military leadership says it is not involved in politics, including the current situation.