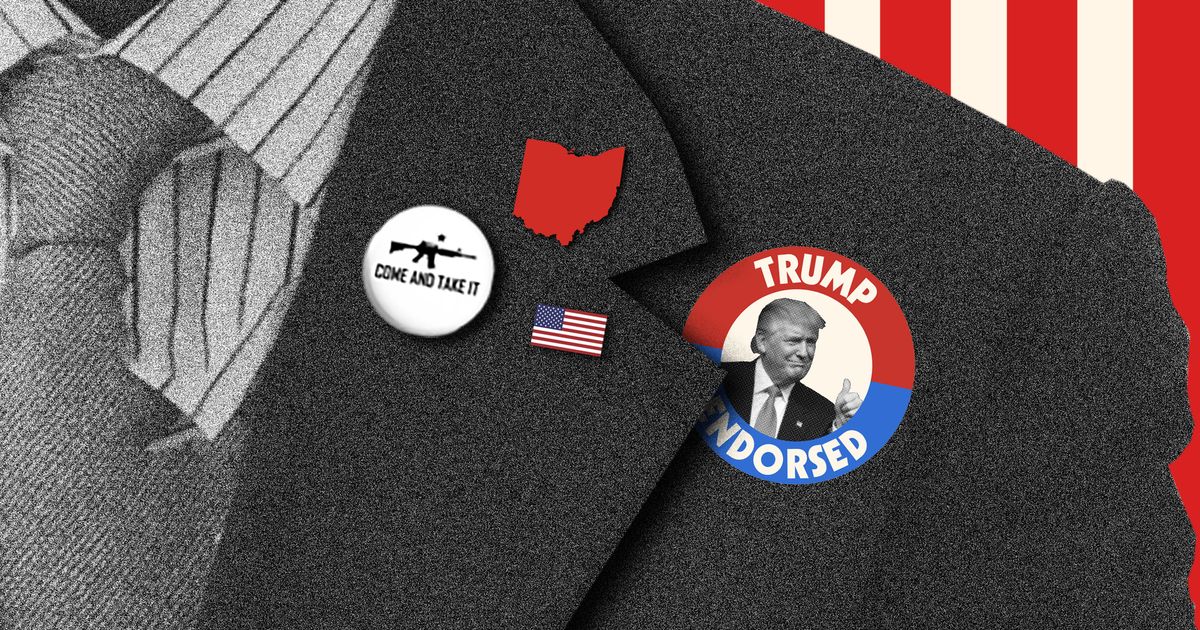 If Republicans want to take back control of the U.S. Senate in November, they need to win at least one vulnerable Democratic seat while holding onto open Republican-held seats in Missouri, North Carolina, Ohio, and Pennsylvania. Step one is nominating viable candidates in each of these states. If the upcoming Ohio primary is any indication, that may be a tall order. The Republican Senate contest has devolved into an intermittently vicious race with no clear front-runner. Nearly every candidate is frantically signaling their devotion to Donald Trump, as his endorsement would be a game changer. But the ex-president may not weigh in before the May 7 primary.

The dynamics of the Ohio GOP Senate primary were set a year ago at Mar-a-Lago, as Politico reported at the time:

It was a scene right out of “The Apprentice.”

Donald Trump was headlining a fundraiser on Wednesday night at his golf club in West Palm Beach, Fla. But before the dinner began, the former president had some business to take care of: He summoned four Republican Senate candidates vying for Ohio’s open Senate seat for a backroom meeting.

Investment banker Mike Gibbons, former state treasurer Josh Mandel, auto dealership tycoon Bernie Moreno, and former state party chair Jane Timken all made their cases for The Boss’s support. One observer at the meeting compared the tense 15-minute audition to The Hunger Games. The most intense pitch came from Mandel, who has transformed himself from a moderate Republican into a fire-breathing extremist endorsed by Ted Cruz and the Club for Growth. “Mr. President,” he reportedly told Trump, “I only know two ways to do things: either not at all or balls to the wall. I hired a bunch of killers on my team. I’m a killer, and we’re going to win the primary and then the general.”

The primary got even Trumpier when Hillbilly Elegy author and former venture capitalist J. D. Vance entered the race in July 2021. Vance has been struggling to overcome anti-Trump remarks he made in 2016 — mostly by embracing “populist” nationalism more fervently than anyone this side of his friend Tucker Carlson.

The former president’s grip on the contest became even more apparent in February of this year, when Bernie Moreno dropped out, apparently at Trump’s suggestion, to reduce the odds that the one non-MAGA candidate, Matt Dolan, might sneak through to a plurality win. Since then, the candidates have kept trying to insinuate themselves into Trump’s favor, as the Daily Beast reported last month:

Gibbons has no less than six former Trump campaign employees on his payroll, including Bill Stepien, his 2020 campaign manager.

Timken brought on Kellyanne Conway, Corey Lewandowski, and David Bossie — all seasoned veterans of the 2016 campaign — as “senior strategists.”

Vance hired Trump’s campaign pollster, Tony Fabrizio, and his No. 1 backer is Peter Thiel, the billionaire conservative close to Trump. He also touted the endorsement of Rep. Marjorie Taylor Greene (R-GA), whose support has become the next best thing to Trump’s nod for many Republican primary candidates.

All of the candidates (other than Dolan) have gone over-the-top MAGA in messaging too. Mandel constantly refers to himself as “Pro-GOD, pro-GUN, pro-TRUMP.” Timken (who has managed to snag an endorsement from retiring incumbent Rob Portman) calls herself “The Only True Pro-Trump, America First Candidate,” and Gibbons makes a distinction presumably designed to indemnify himself if Trump endorses someone else: “It’s not about Trump. It’s about America First and the ideas and the things that he accomplished.” Gibbons nonetheless trudged down to Florida to touch the hem of Trump’s garment a couple of weeks ago. All these candidates, to one extent or another, have echoed Trump’s stolen-election claims about 2020.

Sparse public polling shows the Ohio primary race as unresolved, though the free-spending Gibbons and the well-known Mandel have led most recent surveys. The latest, from Fox News, has Gibbons with 22 percent, Mandel with 20 percent, Vance with 11 percent, Timken with 9 percent, and Dolan with 7 percent. But a quarter of likely primary voters are undecided.

Trump-watchers aren’t sure if Trump is waiting to see either which candidate turns out to be the biggest sycophant or who is most likely to win (he doesn’t like losers, and several of his endorsees elsewhere are in trouble). The former president could endorse multiple candidates or opt to endorse no one at all — particularly since Dolan, the one major candidate who has refused to kowtow to Trump, doesn’t seem like much of a threat.

As the candidates wait for undecided voters to make up their minds, and for Trump to speak, the contest is getting mighty testy. At a debate on March 18, the two apparent front-runners, Gibbons and Mandel, got into a nose-to-nose confrontation that the moderator had to intervene to stop. It began when Mandel threw shade at stock trades the wealthy Gibbons had made, and it quickly devolved from there, as Politico reported:

“You don’t know squat,” Gibbons is heard jabbing at the former state treasurer’s experience in the private sector, after which Mandel, a veteran, responds, “Two tours in Iraq — don’t tell me I haven’t worked.”

The men repeatedly told each other to back off before standing eye-to-eye for several seconds, while fellow GOP debate participants Matt Dolan, Jane Timken and JD Vance looked on awkwardly. Mandel eventually took his seat.

Surely, the viewer who enjoyed the moment most was Representative Tim Ryan, who is almost certain to be the Democratic Senate nominee. While Ohio has become a red state in recent years, the state’s senior senator, Sherrod Brown, has shown how a left-of-center working-class “populist” message can work in this rustiest of the so-called Rust Belt states (Brown was reelected handily in 2018). Ryan, who represents the white working-class stronghold of Youngstown in northeast Ohio, is running a similar campaign. The nastiness and ultra-Trumpiness of the GOP primary is a continuing tonic for Ryan’s underdog campaign and a source of sardonic amusement to political observers everywhere.