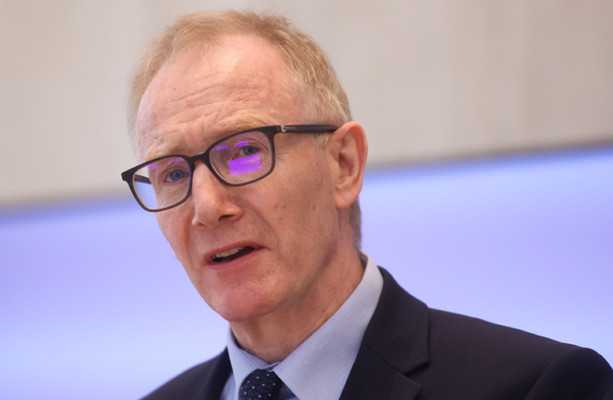 DRUGS MINISTER FRANK FEIGHAN has asked to meet with a group of nurses specialising in addiction following criticism over the group’s recent removal from the committee overseeing drugs policy.

The Ireland Chapter of International Nurses Society on Addiction (IntNSA) served on the National Oversight Committee (NOC) on Drugs until December when they were removed after Feighan’s decision to reconfigure the committee, resulting in their representative member being forced to step down.

The organisation has expressed its “deep sense of insult and sadness” over exclusion from future committee proceedings by the Fine Gael junior minister, a Sligo-Leitrim TD.

As part of the reorganisation of the committee the Minister of State reduced the number of expert appointees from four to two, resulting in the IntNSA losing its position, according to Chapter Board Member and Lecturer in Mental Health Nursing in University College Cork, Dr Peter Kelly.

In a letter sent by the Minister to the organisation last week, he wrote: “The delay in notifying you of my decision to reduce the number of appointees and not to continue with your membership of the NOC, and the resulting confusion, is very much regretted, and any offence caused was completely unintended.”

When speaking to The Journal today, Dr Kelly criticised what he described as Minister Feighan’s lack of transparency throughout the remodelling of the committee, saying it was “not the way to run a NOC”.

“What we want to do is make sure if you have a process within the civil service that the people [in charge] are 100% accountable, and that the process is completely transparent – that has not been the case with this with the reform of this committee.”

The Ireland Chapter of the IntNSA was established in 2016, the first outside of the United States. With over 50 members, it was first invited to join the NOC by former drugs minister Catherine Byrne.

In a statement Sinn Féin spokesperson on Addiction, Recovery and Wellbeing, Thomas Gould, called on Minister Feighan to reinstate the IntNSA to their former position, describing the restructuring of the committee as “nothing short of disastrous”.

“Poor communication, improper planning and a lack of transparency has meant that groups feel like they are being removed from the committee and left in the dark as to the reasoning,” Gould said.

Dr Kelly said today that the composition of Minister Feighan’s committee is not reflective of the needs of addiction service users in Ireland.

“When a service user accesses services, they need to have [lots] of options and [lots] of treatments,” he said.

They should have access to case management, nurses, psychotherapy… the expertise on the committee should be reflective of that.

The organisation has also expressed concerns to the Minister relating to other aspects of oversight in the implementation of the drugs strategy. They say they have yet to receive a response.

Among these concerns include a provision for nurse prescribing of opiate substitution therapy and the formation of a National Workforce Development Strategy to further the training and development of staff working in treatment centres.


However, the organisation’s most prominent concern remains a lack of transparency from Minister Feighan and how this will affect addiction service users, according to Dr Kelly.

The Department of Health said in a statement “The Minister acknowledges the ongoing contribution of the representatives of IntNSA in the development and oversight of the national drugs strategy.

“He notes that IntNSA will continue to be involved in the implementation of the strategy through the new strategic implementation groups being established, under the auspices of the national oversight committee.

“The Minister has invited the organisation to meet with him to discuss their concerns.”