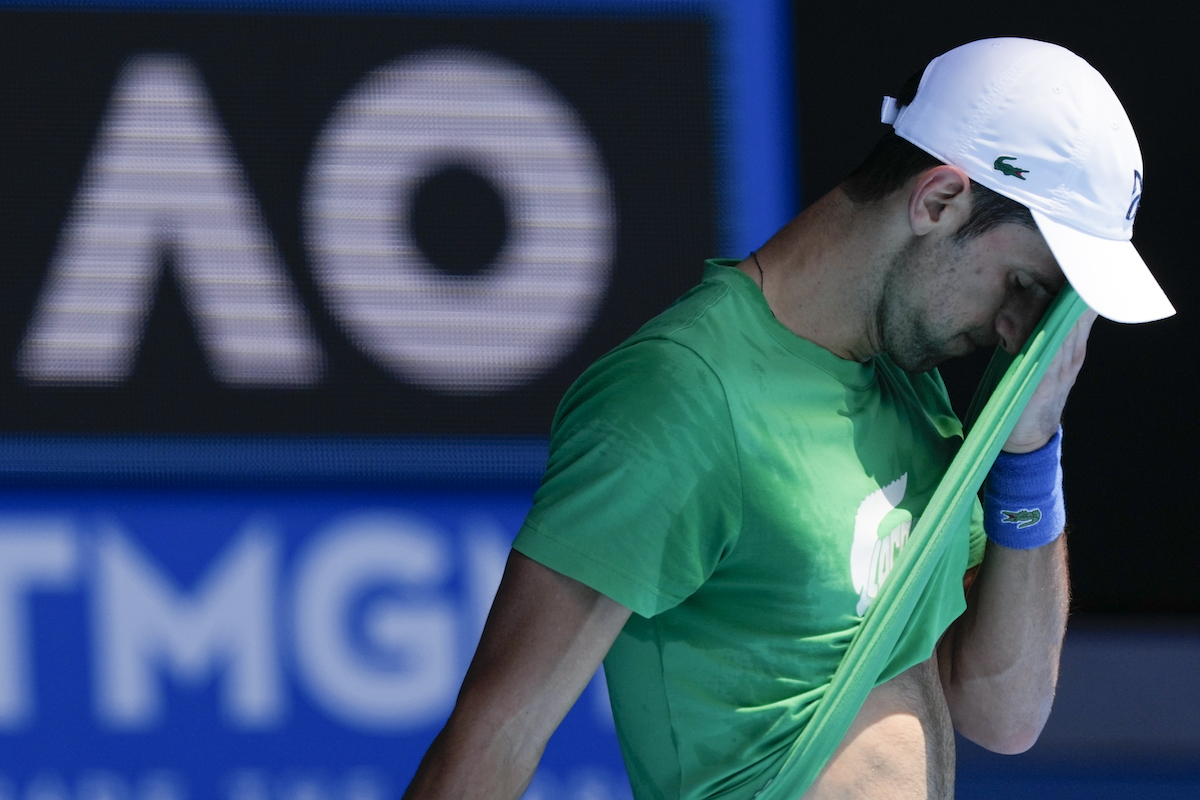 Australia faces a massive surge in virus cases driven by the highly transmissible omicron variant. On Friday, the nation reported 130,000 new cases, including nearly 35,000 in Victoria state. Although many infected people aren’t getting as sick as they did in previous outbreaks, the surge is still putting severe strain on the health system, with more than 4,400 people hospitalized. It has also disrupted workplaces and supply chains.

“This pandemic has been incredibly difficult for every Australian, but we have stuck together and saved lives and livelihoods. … Australians have made many sacrifices during this pandemic, and they rightly expect the result of those sacrifices to be protected,” Morrison said. “This is what the Minister is doing in taking this action today.”

His supporters in Serbia have been dismayed by the visa cancellations.

Everyone at the Australian Open — including players, their support teams, and spectators — is required to be vaccinated. Djokovic is not inoculated.

His exemption was approved by the Victoria state government and Tennis Australia, apparently allowing him to obtain a visa to travel. But the Australian Border Force rejected the exemption and canceled his visa when he landed in the country on Jan. 5.

Djokovic spent four nights in an immigration detention hotel before a judge overturned that decision. That ruling allowed him to move freely around Australia and he has been practicing at Melbourne Park daily.

“It’s not a good situation for anyone,” said Andy Murray, a three-time Grand Slam champion and five-time runner-up at the Australian Open. “It just seems like it’s dragged on for quite a long time now.”

According to Grand Slam rules, if Djokovic is forced to pull out of the tournament before the order of play for Day 1 is announced, No. 5 seed Andrey Rublev would move into Djokovic’s spot in the bracket.

If Djokovic withdraws from the tournament after Monday’s schedule is released, he would be replaced in the field by what’s known as a “lucky loser” — a player who loses in the qualifying tournament but gets into the main draw because of another player’s exit before competition has started.

And if Djokovic plays in a match — or more — and then is told he can no longer participate in the tournament, his next opponent would simply advance to the following round and there would be no replacement.