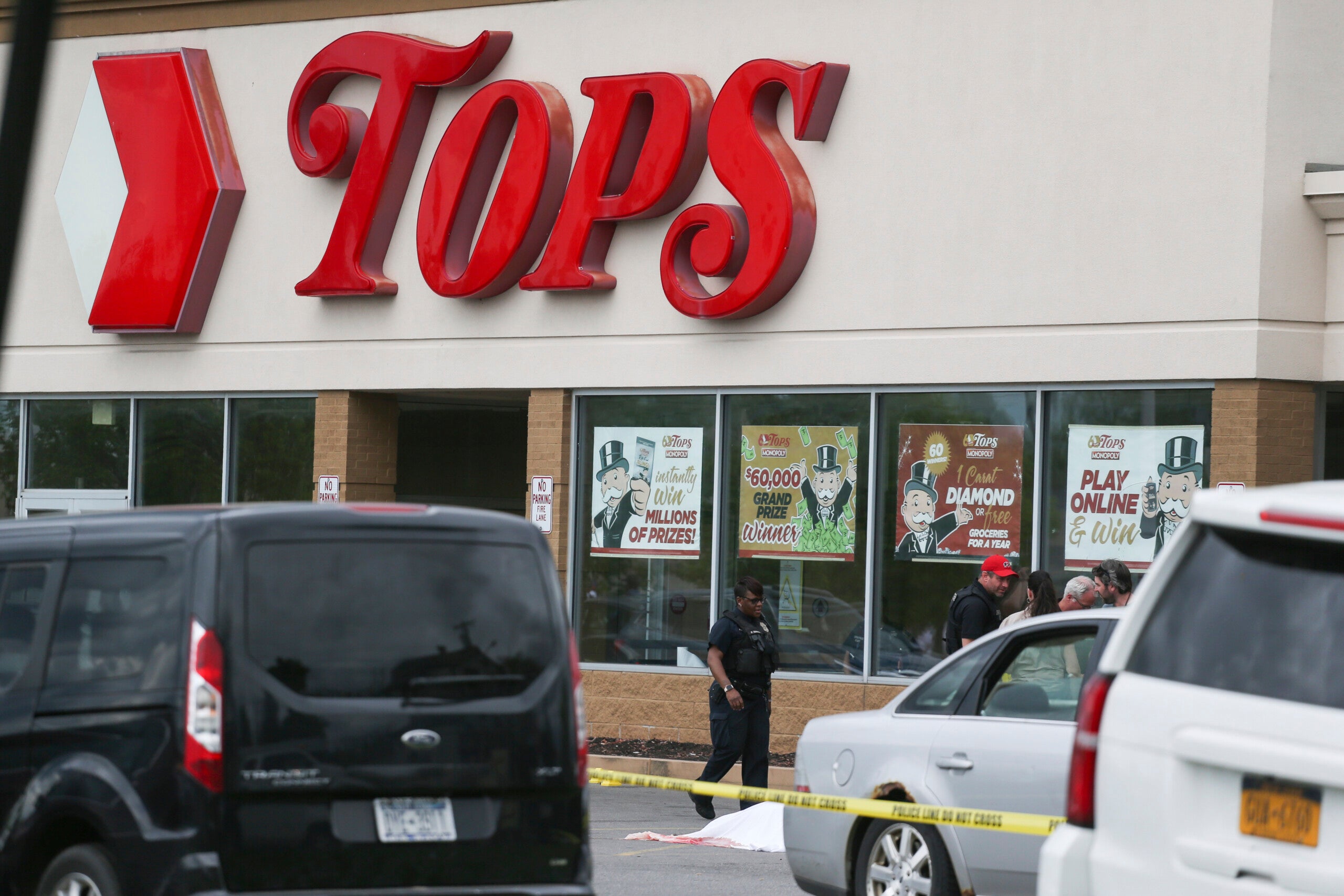 BUFFALO, N.Y. (AP) — Multiple people were shot Saturday afternoon at a supermarket in Buffalo, New York, police there tweeted, adding that the alleged shooter was in custody.

Details on the number of people shot at the Tops Friendly Market and their conditions weren’t immediately available, and the suspect has not been identified.

Police officials and a spokesperson for the supermarket chain did not immediately respond to messages from The Associated Press seeking comment.

The supermarket is in a predominately Black neighborhood, about 3 miles (5 kilometers) north of downtown Buffalo. The surrounding area is primarily residential, with a Family Dollar store and fire station near the store.

Police closed off the block, lined by spectators, and yellow police taped surrounded the full parking lot. Mayor Byron Brown was at the scene late Saturday afternoon and expected to address the media.

The Erie County Sheriff’s Office said on social media that it ordered all available personnel to assist Buffalo police.