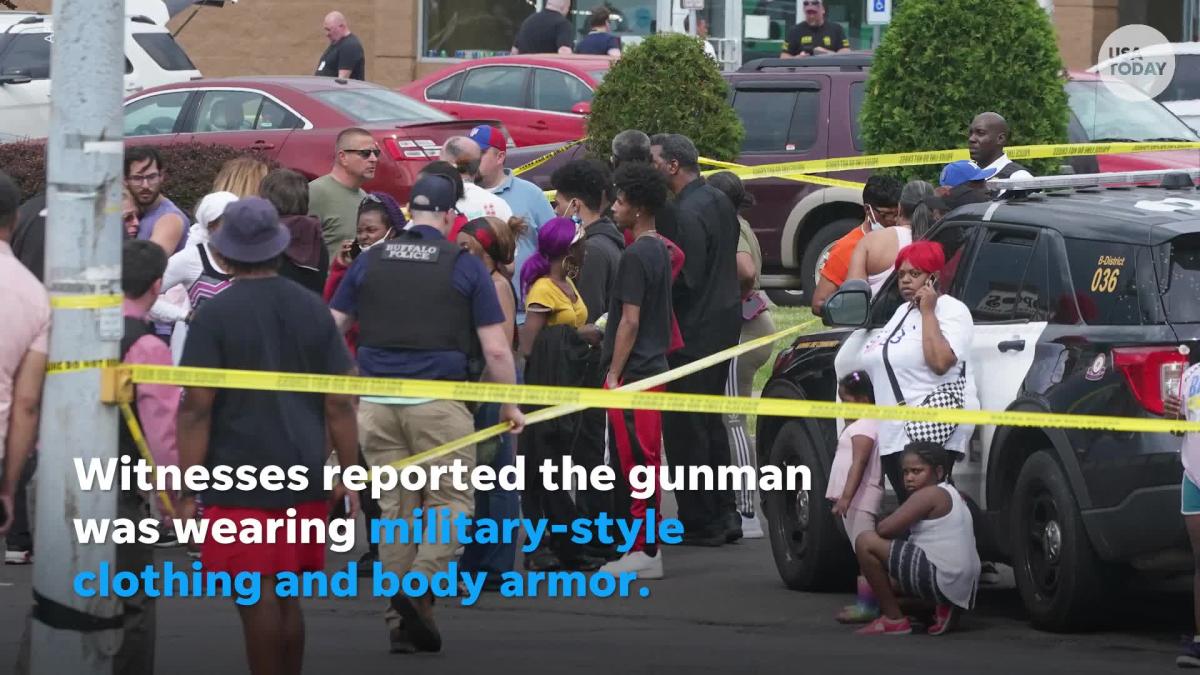 STORY: Authorities said the suspect, who was armed with an assault-style rifle and appeared to have acted alone, drove to Buffalo from his home in a New York county “hours away” to target the store in an attack he broadcast on the internet. Eleven of the 13 people struck by gunfire were Black, officials said, and called it a hate crime.”To see the sense of security shattered by an individual, a White Supremacist who has engaged in an act of terrorism and will be prosecuted as such in a cold hearted cruel calculating way…targeting people who simply want to buy groceries,” New York Governor Kathy Hochul said.The suspect was heavily armed and dressed in tactical gear, including body armor, police said. They did not immediately name him, saying it was in part to avoid giving the man celebrity. When confronted by officers in the store, the suspect held a gun to his own neck but they talked him into dropping the weapon and surrendering, Buffalo police commissioner Joseph Gramaglia told an earlier news briefing.