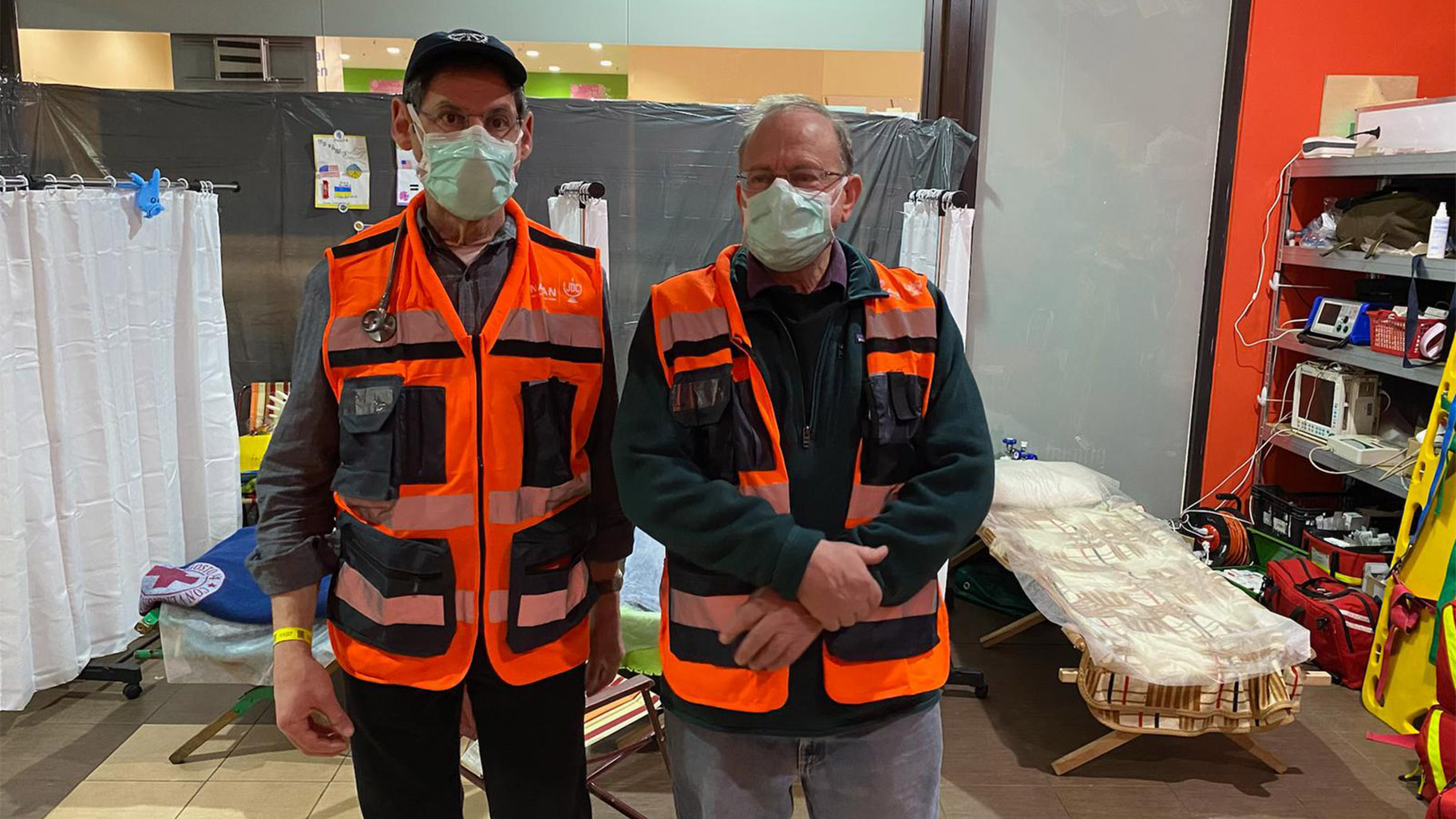 Dr. Avery Hart and Dr. David Shapiro spent a little under two weeks on the Ukrainian border in Poland.

They provided health care for adults and children crossing the border, oftentimes giving people crucial medications they’ve been unable to access during the conflict.

One man they encountered was complaining of foot pain, thinking he had sprained his ankle during his trek across the border. But upon speaking with him further, they found he was diabetic, checked his blood sugar, and saw it was at dangerous levels – a 500 mg reading, while a normal reading is 100 mg.

“He had not had insulin for two weeks because there wasn’t any in any of the pharmacies that were in his town,” Hart said. “So we had to bring his blood sugar down before it was safe for him to travel further beyond the town.”

The idea of traveling to the border came up on a morning phone call, Shapiro said.

“He called me on a Sunday morning and said ‘David, want to go to Poland?’” Shapiro said. “And I said sure. It was a pleasure to have the opportunity to go and use our skills to try and make a difference in an otherwise very unpleasant situation.”

They went as volunteers with NATAN Worldwide Disaster Relief. Most of their time was spent in a refugee care center in Przemyśl, about 5 miles away from the Ukrainian border.

In addition to medical support, the center offered a place for people to stay while in transit, Shapiro said. There were representatives from various countries who helped those arriving to make plans to continue their travel, he added.

One couple, Viktor and Tatiana, only stopped by the medical tent to check their blood pressure. But Hart said he found out that just the day before, their residential neighborhood had come under attack by Russian artillery and rocket fire, destroying their home. Heading west, they were waiting for their daughter in Germany to drive and pick them up.

“This is something we saw quite a bit, was the so-called Ukrainian diaspora in Europe that people oftentimes had friends or relatives in various countries around the continent that would take them in after they got past the border crossing,” Hart said. 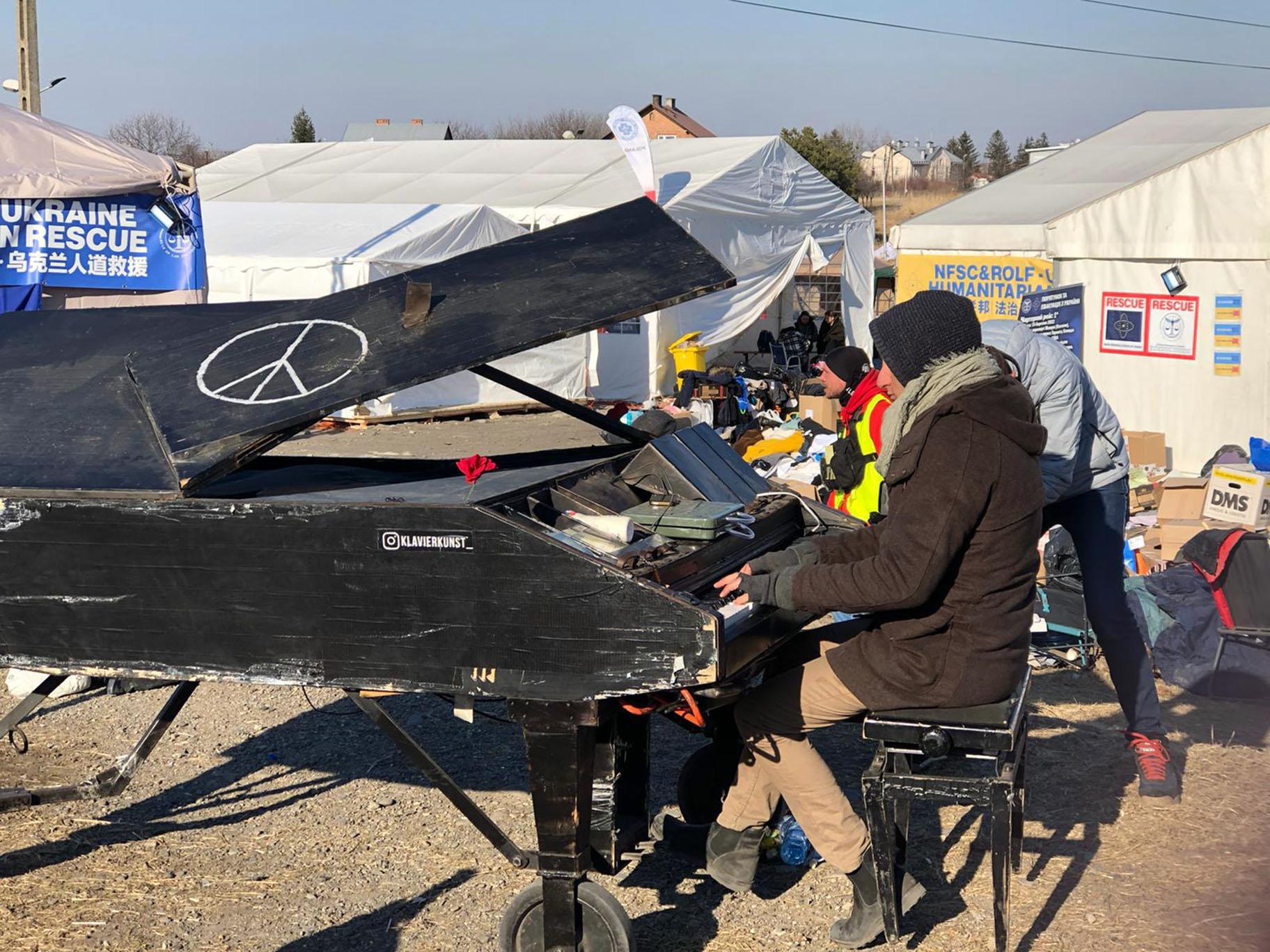 Early in their stay, Hart was puzzled to hear piano music while he was in the medical tent. Stepping outside, he saw that a German pianist, Davide Martello had set up his grand piano across from where refugees were entering from the border.

“He played there for hours on end, and he was there day after day playing the most beautiful, soothing, calming piano music just to lend air of civilization to the situation and to calm folks as they waited for their bus,” Hart said.