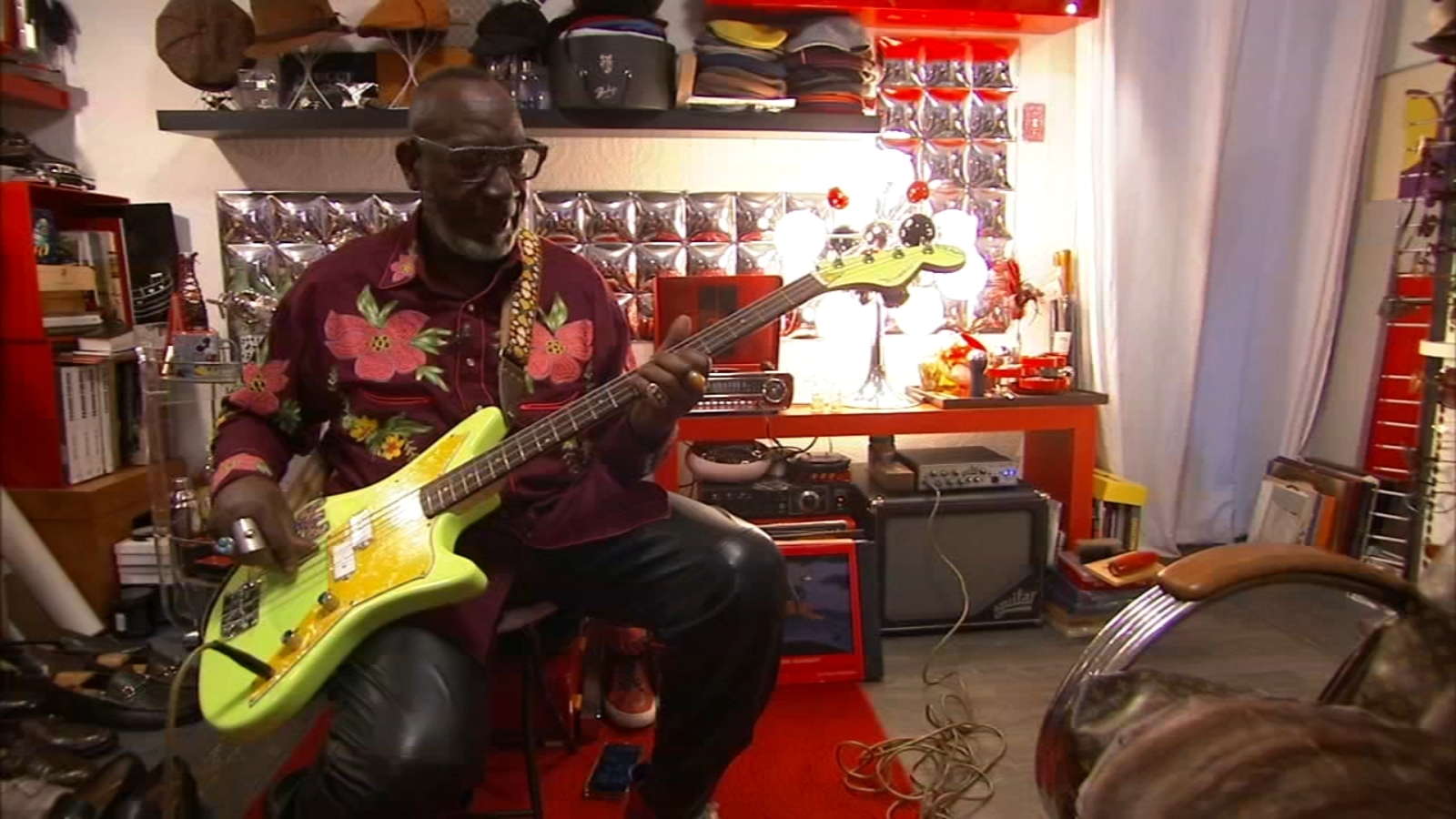 “I found out that I really wasn’t a singer, but I found my passion to be the bass guitar,” he said.

He’s a musician, producer, composer and fashion stylist at the Redd Carpet Room in Southwest Philadelphia.

“The guys know when they come to the Redd Carpet Room they’re going to find some really elegant things at a really good price,” said Tacuma.

Growing up in North Philadelphia, he frequented the Uptown Theater in the late ’60s and ’70s and says he was influenced by both the music and the fashion of the groups performing.

“I started playing in a band,” said Tacuma. “The Soul Experience.”

When he learned about Paul Robeson, he says he wanted to use his music to amplify Robeson’s story.

Tacuma describes Robeson as “a human being that’s striving for excellence.” And he says Robeson wanted that for all mankind – “not only for blacks, but for everyone.”

“I was a bit upset how his information was kept out of the history books,” said Tacuma.

Paul Robeson was an actor, musician, athlete and activist.

The West Philadelphia Cultural Alliance is working to preserve the home where he spent the last ten years of his life.

Sykes-Ross says there are two floors in the house that contain photographs and information “that really chronicles the life of Robeson.”

With a grant from the Pennsylvania Council on the Arts, Tacuma arranged a performance dubbed “Renaissance Man Reloaded” to benefit the Paul Robeson House & Museum.

“I had already done a recording around 1986, entitled ‘Renaissance Man,'” explained Tacuma. “That was dedicated to Paul Robeson.”

He says he wanted “Renaissance Man Reloaded” to be an extension of that. He called this recent performance, “There He Stood,” and it included tunes that Paul Robeson had in his repertoire.

“I played bass guitar and we had Osayande Baruti on vocals,” said Tacuma.

The money raised will be used for much needed house restorations.

“I’m still in awe of him as a human being, everything that he’s done,” explained Tacuma. “And so, I want to make sure that that’s continued.”

Donations can still be made to the Paul Robeson House & Museum in West Philadelphia.