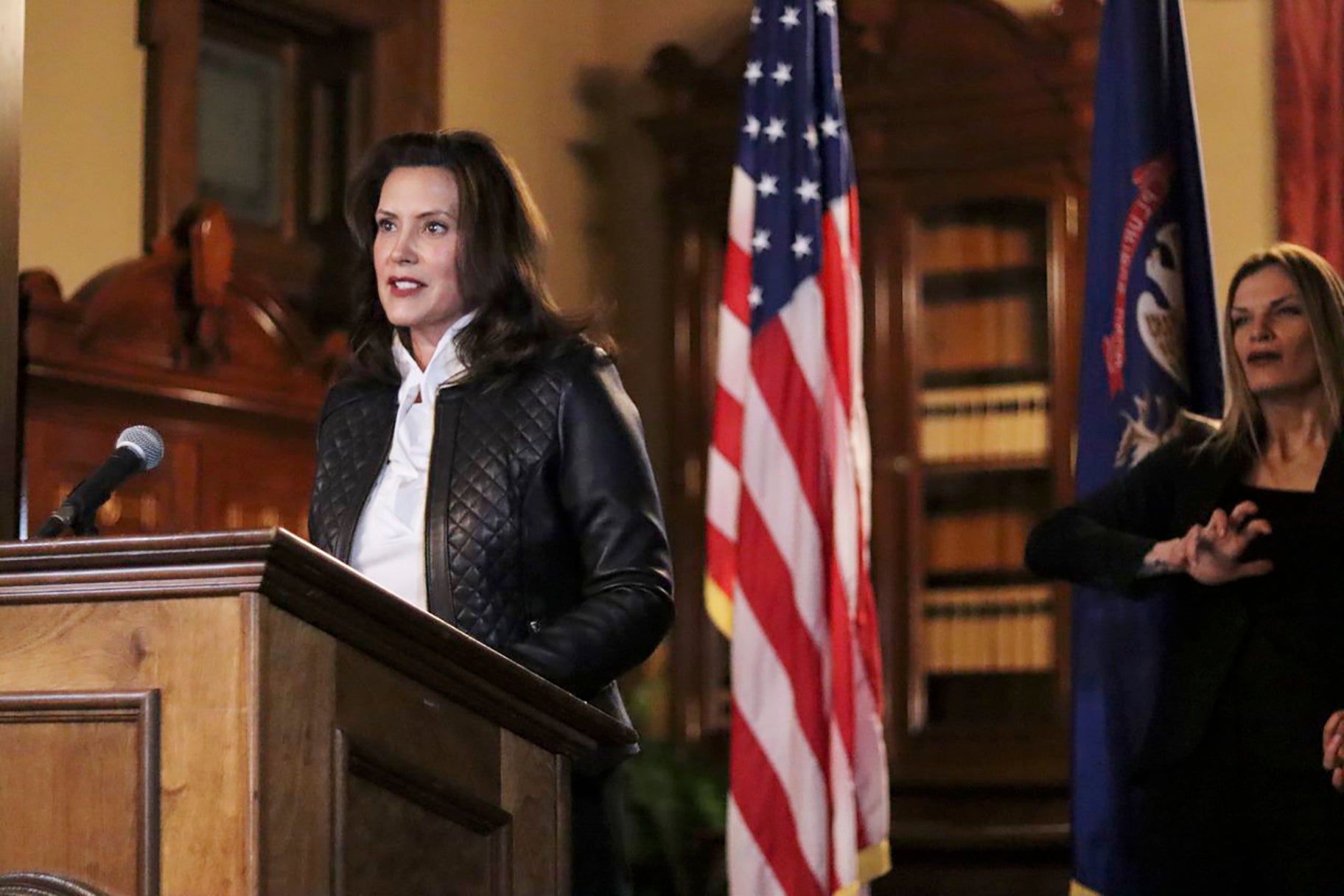 GRAND RAPIDS, Mich. (AP) — A jury said Friday it has reached decisions on “several” of the 10 charges but was deadlocked on others in the trial of four men accused of conspiring to kidnap Michigan. Gov. Gretchen Whitmer.

U.S. District Judge Robert Jonker acknowledged the struggle on the fifth day of deliberations but told the jury to keep working during lunch.

Decisions to convict or acquit must be unanimous.

There are 10 charges in the case: one against Brandon Caserta, two against Adam Fox, three against Barry Croft Jr. and four against Daniel Harris. The men all face the main charge of a kidnapping conspiracy; the other counts are related to explosives and a firearm.

The judge read the jury’s note in open court.

“We’ve come to a decision on several counts. However are locked on others. How should we proceed?” the note said.

Pennies taped to a commercial-grade firework were intended to act like shrapnel, investigators said.

According to evidence, a homemade explosive was detonated during training in September 2020, about a month before the men were arrested.

In his closing argument on April 1, Assistant U.S. Attorney Nils Kessler said Croft wanted to test the explosive as a possible weapon to use against Whitmer’s security team. He quoted him as saying the pennies would be so hot they could go “right through your skin.”

Prosecutors said the group was steeped in anti-government extremism and angry over Whitmer’s COVID-19 restrictions.

Defense lawyers, however, said any scheme was the creation of government agents who were embedded in the group and manipulated the men.

Croft is from Bear, Delaware, while the others are from Michigan.

Whitmer, a Democrat, rarely talks publicly about the plot, though she referred to “surprises” during her term that seemed like “something out of fiction” when she filed for reelection on March 17.

She has blamed former President Donald Trump for fomenting anger over coronavirus restrictions and refusing to condemn right-wing extremists like those charged in the case.