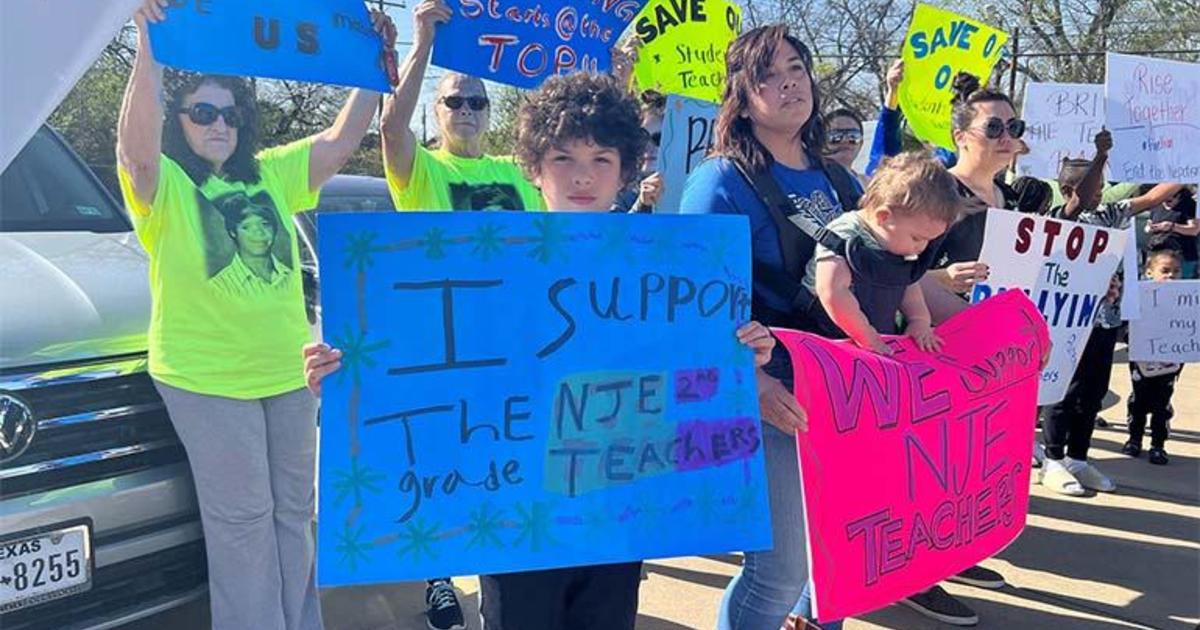 JOSHUA, Texas (CBSDFW.COM) – Parents who called for a school superintendent to be removed spoke out again on Thursday, April 7, 2022 after elementary school teachers resigned over school lunches.

More than 50 parents and students came together outside the Joshua ISD board meeting in hopes of making their voices heard.

Two of the parents attending the rally said they moved to Joshua to take advantage of the school system, but now they’ve had enough.

“We have been screaming at the top of our lungs, for two years I’ve been at this district,” one Joshua ISD parent said. “We’ve been asking for help, and that the teachers were, we felt were bullied the same way.”

After at least four elementary school teachers resigned over school lunches. The decisions came after the district confronted teachers with results of a three-day investigation, which determined that students were bringing the teachers free lunches from the cafeteria that the kids weren’t going to eat.

While the school district has said the teachers voluntarily resigned, parents are upset and want answers.

“I really hope that this district opens their eyes, we have asked for the superintendent to be removed immediately,” Stephanie Arredondo said.

They hope their presence at the district’s meeting will send a message.

“We know that these decisions are difficult tonight for them to make but we’re here and we want to know, we want this entire community to know these teachers, there’s students and this district deserves better,” Arredondo said.

The district has said that what sounds simple is actually very serious; fraud, theft, and putting federal funds at risk.

“I think it’s very sad, I wish there was another way that they could do it, but everybody is not looking at the problem,” former board member, Kim Henderson said. “The problem is the federal government being in our business all the time. This was a federal rule.”

The National School Lunch Program for Texans is administered by the Texas Department of Agriculture.

This meeting had a closed executive session, which some believed was to discuss resignations. Meanwhile, the district said that no decisions would be made in this meeting and that it was held to give the board more details on everything that has happened.

Alexis Wainwright is an Emmy Award-winning journalist. Before moving to the Lone Star State, she was a reporter and performed some anchor duties at KARK in Little Rock, AR.