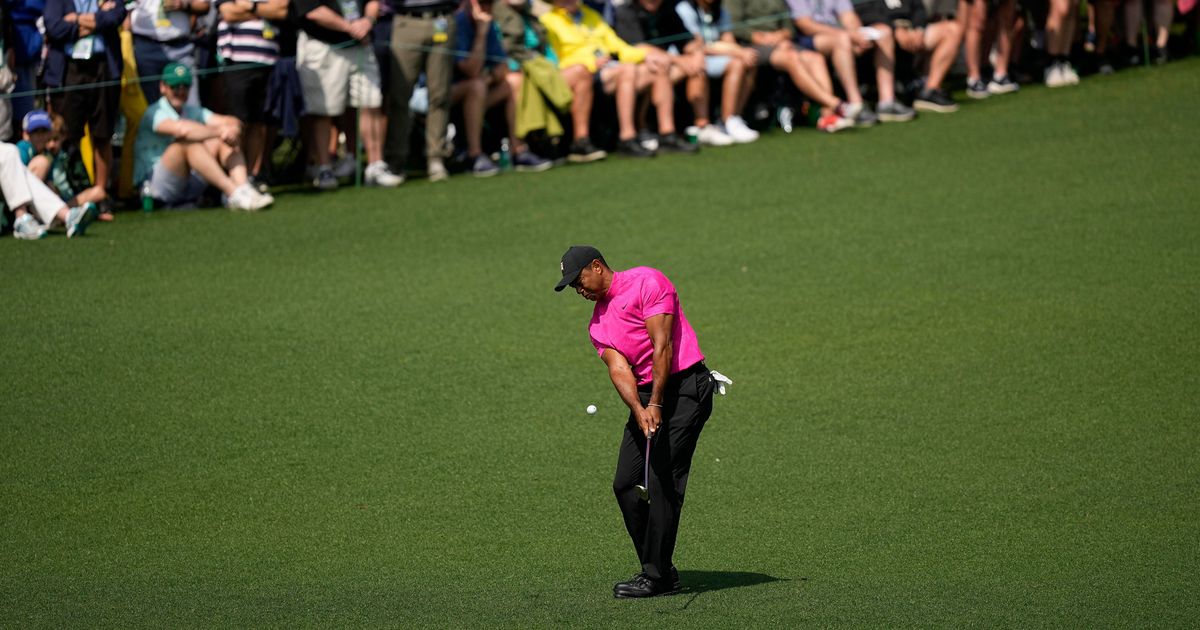 After Tiger Woods’s horrifying car crash a year ago, which he was extremely lucky to have survived, many observers wondered whether he would ever walk again, let alone return to competitive professional golf. (When Woods was seen in public without crutches in November, it counted as a big story.) The injury, along with Woods’s generally erratic nature for several years now — ESPN’s Kevin Van Valkenburg has written about the crash’s highly unusual circumstances and how little we still know about it — made most people highly suspicious of the idea that he would return for the Masters this weekend. Like a lot of people, I assumed the chatter that Tiger might play was an extended bit of publicity, a way for the only golfer most Americans know or care about to shine a spotlight on his flailing sport at its biggest event.

I was very wrong. Tiger didn’t look perfect during his first round at a major tournament in more than a year, but he sure looked a long way removed from crutches. For now, his drives and approach shots don’t carry the same power and precision as they once did, with some exceptions:

“Everything about that shot just says Tiger Woods.” pic.twitter.com/J4jdJsBEjW

His short game, though, showed flashes of the old Tiger, including a wild, uphill, 23-foot birdie putt on the 16th hole — a hole that at the beginning of the day, you wondered if he’d be too exhausted to reach.

He even tossed in some classic Tiger profanity:

“Ah, fuck off.” — Tiger Woods doesn’t sound too happy with this shot at #TheMasters pic.twitter.com/BXEnHqMkvC

Woods finished on Thursday with a one-under-par 71, good enough for tenth place — five shots off the lead. That he’s playing at all is remarkable; that he’s in striking position ahead of round two on Friday afternoon is staggering.

“I am as sore as I expected to feel,” Woods said afterward, “but it was amazing.”

Twenty-five years removed from Woods’s legendary Masters title win at the age of 21 when he looked eternally young and indestructible (and didn’t we all back then), Woods will tee off on Friday afternoon with an actual shot of winning his fifth Masters. His most historic victories have come at the tournament, which is golf’s biggest stage: In addition to that 1997 breakthrough, he triumphed in highly stirring fashion in 2019, which was his first major win in 11 years. It’s hard to believe, Woods is actually the same age as Jack Nicklaus — the only man with more major championships than Tiger, 18-15 — when Nicklaus last won the Masters, in 1986.

Even if Woods falls off in the coming days, it should not take away from an incredible accomplishment. And who knows? Maybe he can pull out another miracle. If he did, it would be the most incredible story in sports, at a time when there are many incredible stories swirling around. No matter what, you, me and everyone else is talking about golf right now, and that is, as always, because of Tiger Woods.