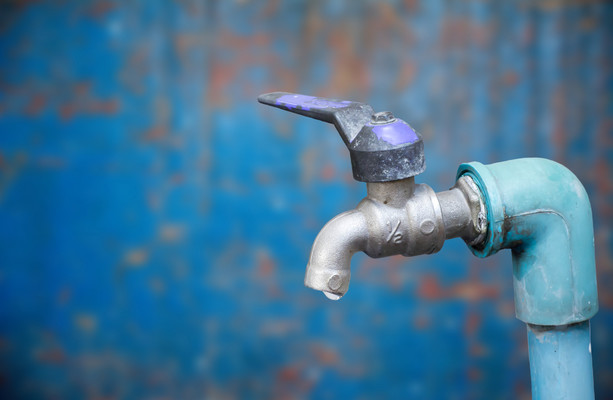 IRISH WATER HAS faced some issues replacing lead piping within homes around the country, with the organisation reporting that some homeowners are not giving permission to have work completed.

The issues were raised in a recent report by the Water Advisory Body, which said that the difficulties have particularly come from getting permission to replace back garden piping, where consent may be needed from multiple homeowners.

“The WAB also notes that Irish Water has continued to encounter difficulties in accessing shared and backyard service replacements, as some homeowners have refused to sign the necessary consent forms for works to be carried out on private property,” reads the report.

An Irish Water spokesperson told The Journal that these issues were being caused by consent for works not being provided by homeowners, with unwillingness to have a garden dug up being a factor in consent not being provided.

“In the instances where there is aged infrastructure in the back gardens/yards of people’s homes this can be lead and or leaking/old pipes,” said the spokesperson.

“Irish Water and our contractors do everything possible to secure the relevant permissions to replace the services.

“For backyard services that run the length of a number of homes we require everyone to sign up. It’s not unusual for a number of residents to give approval only for other residents to decline the works.”

Irish Water encouraged people who do have lead pipe infrastructures within their home (private-side lead) to have them replaced by Irish Water contractors.

The spokesperson said that consent may not be provided by homeowners due to concerns around cost, with households expected to foot the bill for the works.

However, a grant scheme is in place through the Department of Housing to recoup some of the cost of the works, with the grant scaling depending on the household’s income.

Any household that makes over €75,000 a year is ineligible for the grant scheme.

Currently, there are no lead public water mains in Ireland according to Irish Water, and all water leaving treatment plants is lead-free.


However, the public body is currently working to replace approximately 180,000 lead service connections around the country, with around 41,000 being replaced so far.

According to Irish Water, these lead service connections are common in properties that were build up until and during the 1970s.

Irish Water has said that it is planning to replace an additional 54,000 lead service connections between 2022 and 2030, adding that replacing these service connections will not significantly reduce lead levels if private-side lead is not replaced by households.