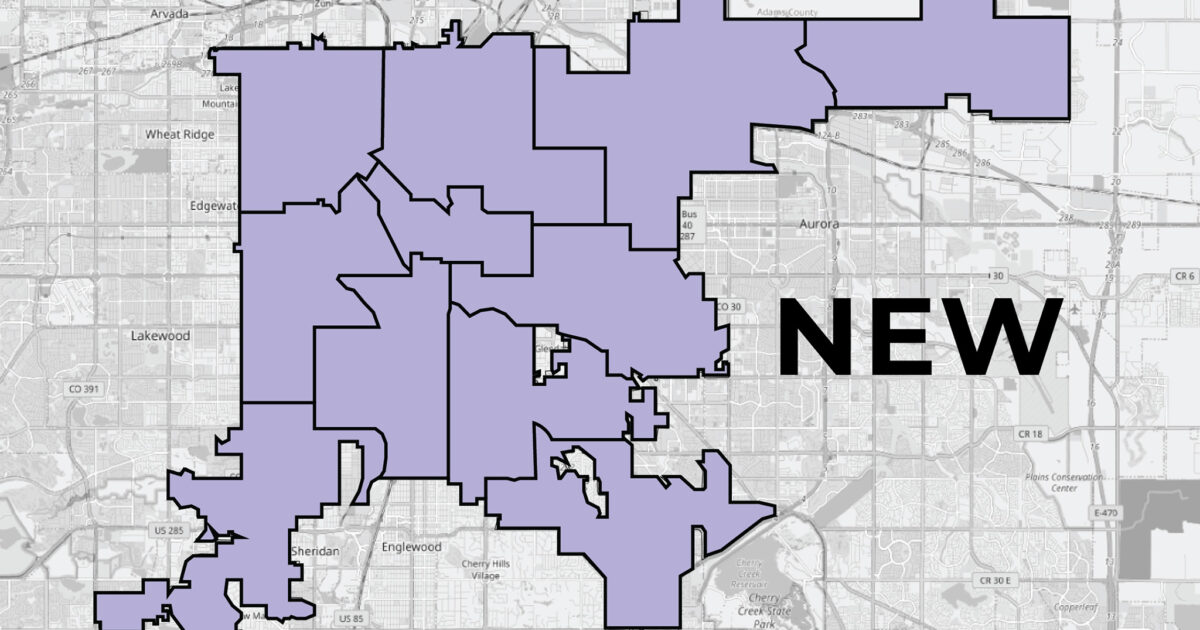 Several city neighborhoods will now have a different council member representing them after lawmakers on Tuesday approved new boundaries for the city’s 11 districts. The new boundaries will apply starting with the April 2023 municipal election.

The map approved by Denver City Council, called Map D, was favored by a majority of council members. It was pretty much decided as the final map last week, when council gave it a tentative okay. These boundaries will be in place for the next ten years. Council members voted 12-1 in favor of the map, with Councilmember Candi CdeBaca voting no.

The changes in boundaries reflected the city’s growth over the past ten years.

So what this means for you: You might have a different representative on the council, and be part of a new district moving forward. Here’s a breakdown of how the new council boundaries changed each district.

Gained: Auraria, Valverde and all of West Colfax
Lost: Nothing

Gained: Nothing! This is the only city council district that stayed exactly the same.

Gained: No neighborhoods were added or subtracted, though the boundary line between this district and District 8 changed slightly.

So how did we get here?

This process formally started in January, when the city started letting the public and lawmakers take a stab at drawing new boundaries using mapping software. From that process, six final map options were presented to the public in February, who got a chance to offer feedback during several public meetings last month.

The city hosted six meetings (four were in-person, two were virtual), and ended up hearing from 389 people, representing 54 neighborhoods, according to a report summary from the city. Among those participants, the map approved on Tuesday by the council was the second-most popular, with 23 percent of respondents saying it was their preferred map, according to survey data. Map A, a map drawn by Councilmember Candi CdeBaca, had the largest amount of support, with 41 percent.

The entire process was overseen by a special redistricting committee comprised of the city’s 13 Denver City Council members. The committee was led by Councilmember Amanda Sandoval, who requested the assignment. Lawmakers worked on a tight deadline to make sure a map was voted on by Tuesday, so that those running for local office for the April 2023 municipal election knew what their map boundaries would be, since city rules say you must live within the district for at least a year before you can represent it.

Before Tuesday’s vote, a required public hearing allowed people to again give their thoughts on the final map. Six people signed up. District 10 resident Shannon Hoffman was the first to speak. Hoffman said the council cleared a “low bar” for engaging with the community throughout the process, and she opposed Map D.

She called for the creation of an independent redistricting commission to draw boundaries.

“Thank you for prioritizing yourselves and your reelection over our community voice and our community needs,” Hoffman told lawmakers. “My community members and I are ready for the community to lead this process.”

With new boundaries set, expect announcements from candidates, other than the incumbents, seeking to represent those districts. In other words, we’re about to start the April 2023 Denver municipal election cycle.

Oh, and: Sandoval said Tuesday the city will have a final report on the entire process.