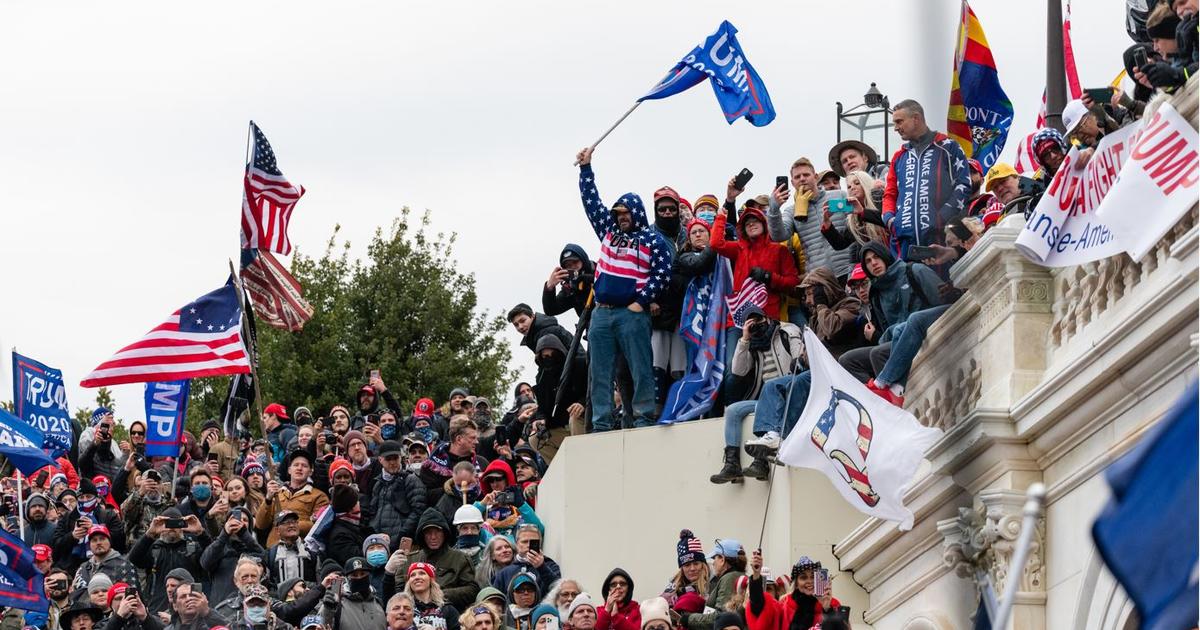 A Glendora man was sentenced Friday to four months in prison for his role in the Jan. 6, 2021 insurrection at the U.S. Capitol.

Hunter Ehmke, 21, pleaded guilty on Jan. 4 to a felony charge of destruction of government property after prosecutors say he smashed a U.S. Capitol windowpane with his foot and fist. Ehmke was also ordered to pay $2,821 in restitution and will be placed on three years of supervised release after serving his prison term.

Prosecutors say Ehmke was part of a large crowd that gathered that day outside the Rotunda Door on the East side of the Capitol building on Jan. 6, 2021. Ehmke jumped up onto the ledge of a window that had multiple panes and led to an office inside, then used his right foot to kick in the three lower panes of the window, which shattered, according to court documents. He then used his right fist to smash two more window panes, causing $2,821 in damage to window, according to the Architect of the Capitol.

Ehmke was arrested in California by the FBI and Glendora police about a week after Jan.6 Capitol breach.

More than 800 people have been arrested in nearly all 50 states have been arrested in connection to the breach of the U.S. Capitol, with more than 250 of those people being arrested with assaulting or impeding law enforcement. The investigation into the Capitol breach continues, and tips can be called in to 1-800-CALL-FBI (225-5324) or submitted at tips.fbi.gov.