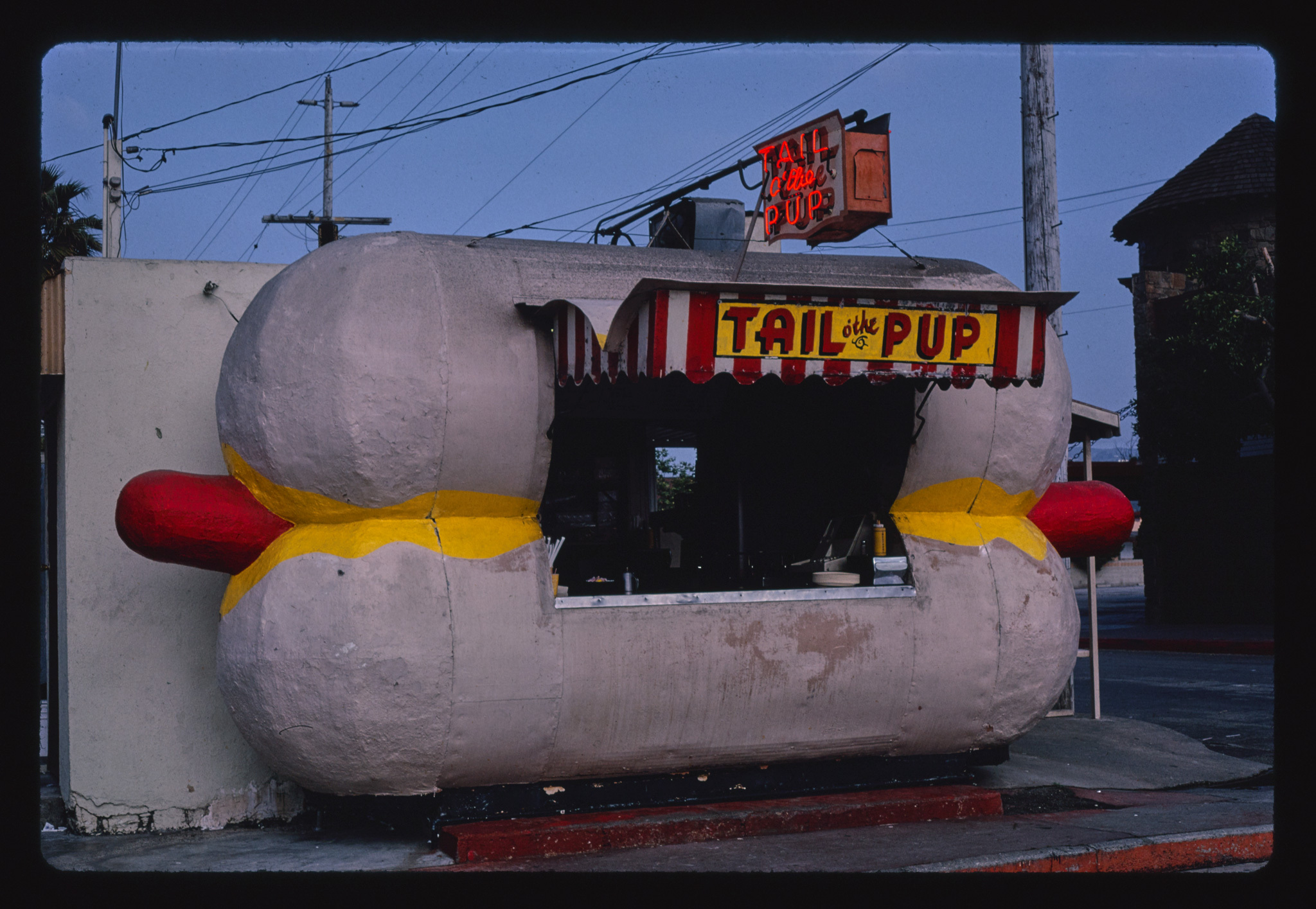 Mid-century nostalgia rules the day once again, with the Tail o’ the Pup, one of L.A.’s most famous hot dog stands, slated to return to the streets in early 2022 via the efforts of the 1933 Group, the preservation-minded hospitality company who also run the Formosa Cafe in West Hollywood and Silver Lake neighborhood bar the Thirsty Crow. The tiny food stall once occupied a prime roadside spot on La Cienega Boulevard near Beverly, but the revival of Tail o’ the Pup will instead be brought to West Hollywood’s 8152 Santa Monica Boulevard and include an outdoor dining area and beer garden.

First established in 1946, the hot dog-shaped stand has attracted the attention of several celebrities over the years, including Sigourney Weaver and Betty White, as well as band members from historic ‘80s icons Devo and the Go-Go’s. The Tail o’ the Pup has also made several TV cameos, including a 2002 episode of the late Anthony Bourdain’s early aughts show, A Cook’s Tour.

Since the original owners lost its lease in 2005, the giant hot dog has stayed in storage, bouncing from a brief tenure in the Valley Relics Museum to new ownership under the 1933 Group. The group, which first acquired the Tail o’ the Pup in 2018, has spent the last three years searching for the right place (and time) to reopen the giant hot dog icon. Now, in the wake of the pandemic, the time for the Tail o’ the Pup’s triumphant return is—at long last—almost here.

Among design aficionados, the hot dog-shaped stand is hailed as a surviving early example of classic 20th-century programmatic architecture. Also known as novelty architecture, the whimsical style is defined by buildings that look like giant versions of everyday objects, particularly food, that seem to come straight from the world of Alice in Wonderland. Developed in lockstep with early car culture, the form’s intrinsic eye-catching quality functions as built-in roadside advertising.