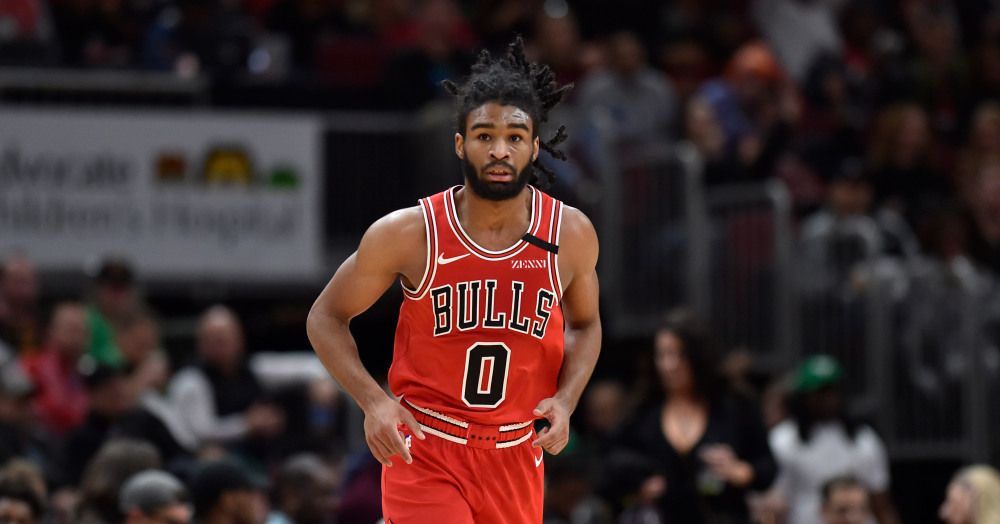 Dissect the Bulls backcourt with any analytical knife you want, and there’s no arguing that the strength of it just might be its versatility and depth.

Both will be tested for the next few weeks, and maybe longer.

When Coby White first underwent offseason shoulder surgery, the hope was a re-evaluation come November, and then he would be cleared. When the backup guard spoke at the start of fall camp, however, there was some optimism that maybe that timetable would shrink.

After all, Ball said that in his mind the last hurdle was building strength in the shoulder area, but everything else felt great.

With the Bulls set to play the last game of the preseason on Friday, it was obvious that everything wasn’t so great.

According to coach Billy Donovan, it now sounds like White is back on the original timetable or maybe longer.

“I would say we’d probably have a better feel in maybe another month,’’ Donovan said. “I think maybe another month to see can he get going, besides him being cleared to shoot and to dribble and to pass, he’s really, really got to work on his range of motion and his strength in his range of motion. So he’s not even in a position to do any contact at all. There’s no contact for him in the foreseeable future.’’

Not that any of this was unexpected.

It almost felt like the Bulls built the roster knowing that White, and his instant offense off the bench, would be delayed.

In not only adding Lonzo Ball and Alex Caruso to the backcourt with All-Star Zach LaVine, they drafted combo guard Ayo Dosunmu out of Illinois. Then factor in that Troy Brown Jr. is versatile enough to play some two-guard, along with Javonte Green, and White has time on his side to make sure he is fully healed.

“It’s not necessarily that he’s going to be a month [out from] being cleared to play,’’ Donovan said. “It would probably be a month before they actually make some decisions on, ‘Hey listen, can this guy actually go out there and endure and play against contact?’

“Whatever it is, I still think he’s a ways away from contact.’’

When the Bulls do get White back, they not only get 15.1 points per game, but also a player that shot 35.9% from three-point range. What his exact role will be, though, will have to be determined.

What no longer needs to be determined is a return date for the other two camp injuries the Bulls had been dealing with.

Patrick Williams (left ankle) went through a second consecutive practice on Thursday with no setbacks, while backup center Tony Bradley (back) was also poised to make his preseason debut on Friday.

The Bulls don’t have a lot of size in the middle beyond Nikola Vucevic, and even with the All-Star center patrolling the paint, there’s limited rim protection.

That’s what Bradley was brought in to do.

“Doing my job is at least contesting at the rim,’’ Bradley said, when asked what he hopes to bring off the bench. “I may not block every shot, but at least try to alter it and make it a little bit difficult to lay the ball in.’’

As far as an exact minutes count for both Williams and Bradley, Donovan didn’t say. His focus in this finale was to “get better.’’

“We need to improve,’’ Donovan said of the 3-0 start. “I think a lot of the things we did the first two preseason games, we did not do [Sunday against the Cavaliers]. I think playing Cleveland a second time, I’m hopeful was a good learning experience for our team because they were the aggressor in the game.’’