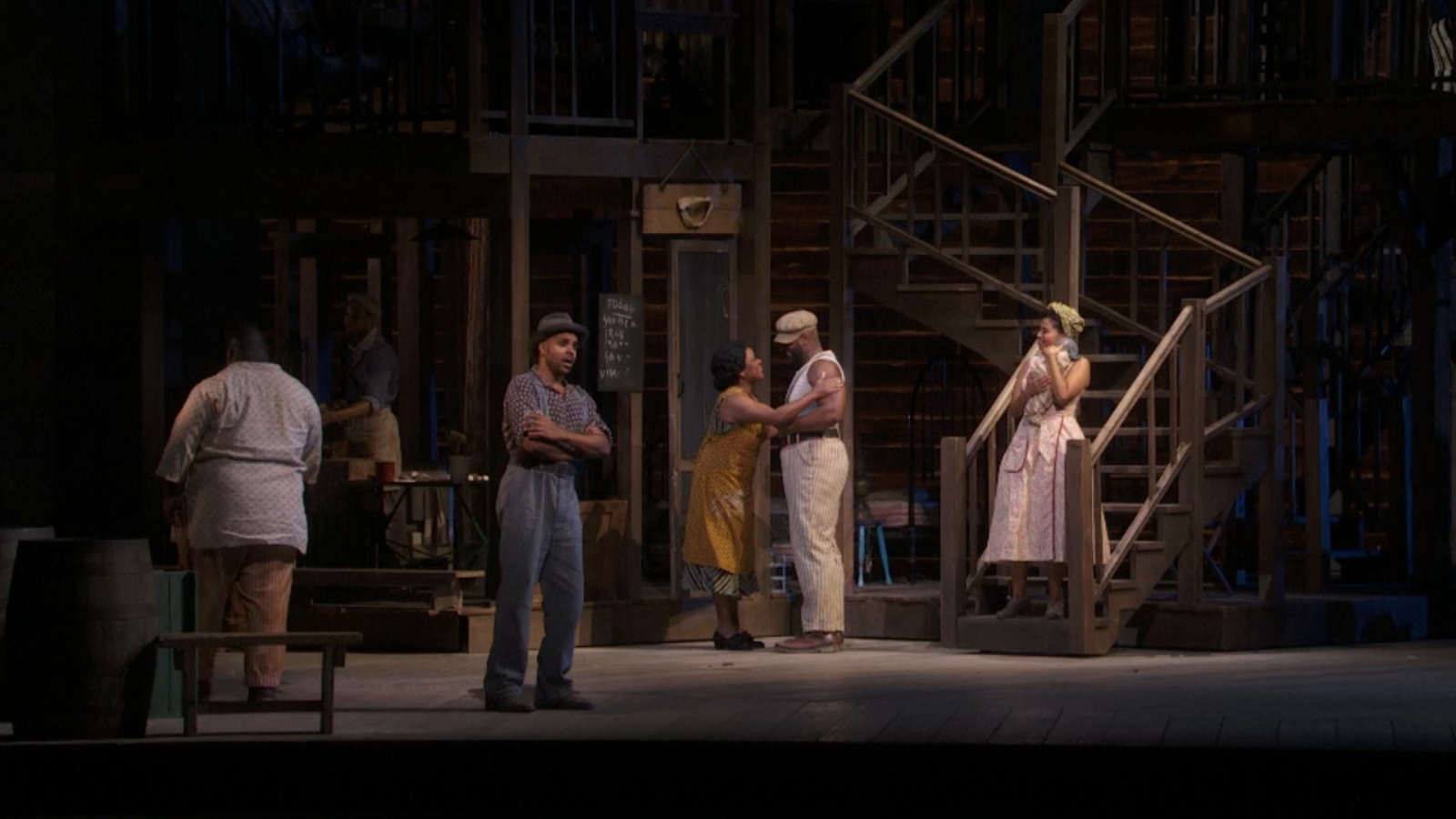 NEW YORK CITY (WABC) — Amid all the discussion about the need for more diversity in show business came a landmark moment in the history of the Metropolitan Opera this past fall.

Terence Blanchard’s “Fire Shut Up in My Bones” was the first production by a Black composer in the Met’s 138-year history, and it starred one of the brightest young stars in the field: bass-baritone Ryan Green.

His friends call him by his childhood nickname, Speedo, but he will be the first to tell you that his life growing up was anything but carefree and easy.

As you will see, there’s a very good reason a book about him was titled, “Sing for Your Life.”

During the run last year of “Fire Shut Up in My Bones,” he helped make history at the Met as Uncle Paul.

It was only the latest chapter in a very unlikely story.

“I had a very troubled childhood,” he said. “A very turbulent relationship with my mother and brother, so much so that I ended up in juvie for threatening my mother and my brother’s life.”

He was behind bars by the age of 12, but just a few years later, a school field trip to New York City changed his life.

“Imagine this 15-year-old kid from a trailer park in southern Virginia, and you come not only to New York City, but you walk into this gladiatorial type structure which is Lincoln Center with all this marble,” he said. “And then you walk into the Metropolitan Opera.”

He took his seat to watch Denyce Graves play “Carmen.”

“Seeing an African American woman in the title character in a Met Opera, it completely blew away all my conceptions of what opera could be and how I could fit in,” he said.

Now, he stars next to the same legend who inspired him. Today, Graves and Green are colleagues.

It’s a full circle moment that he uses to inspire the next generation.

“There’s maybe someone in the audience who may be 15 or younger or older who looks like me, who feels that, because they see me onstage, they might have a future at the Met,” he said.

He credits the Met’s management with putting more people of color in classical operas like Boris Godunov, in addition to those sorts like “Porgy and Bess” that have been traditionally performed by people of color.

“I’m loving that not only are we seeing stories of, you know, African Americans onstage, but I’m excited for the future of having Asian American stories and Hispanic American stories,” he said. “Because…representation is everything.”

His followers on Instagram come from all over the world, and Speedo said that’s how he can tell the opera audience is getting more diverse as well.