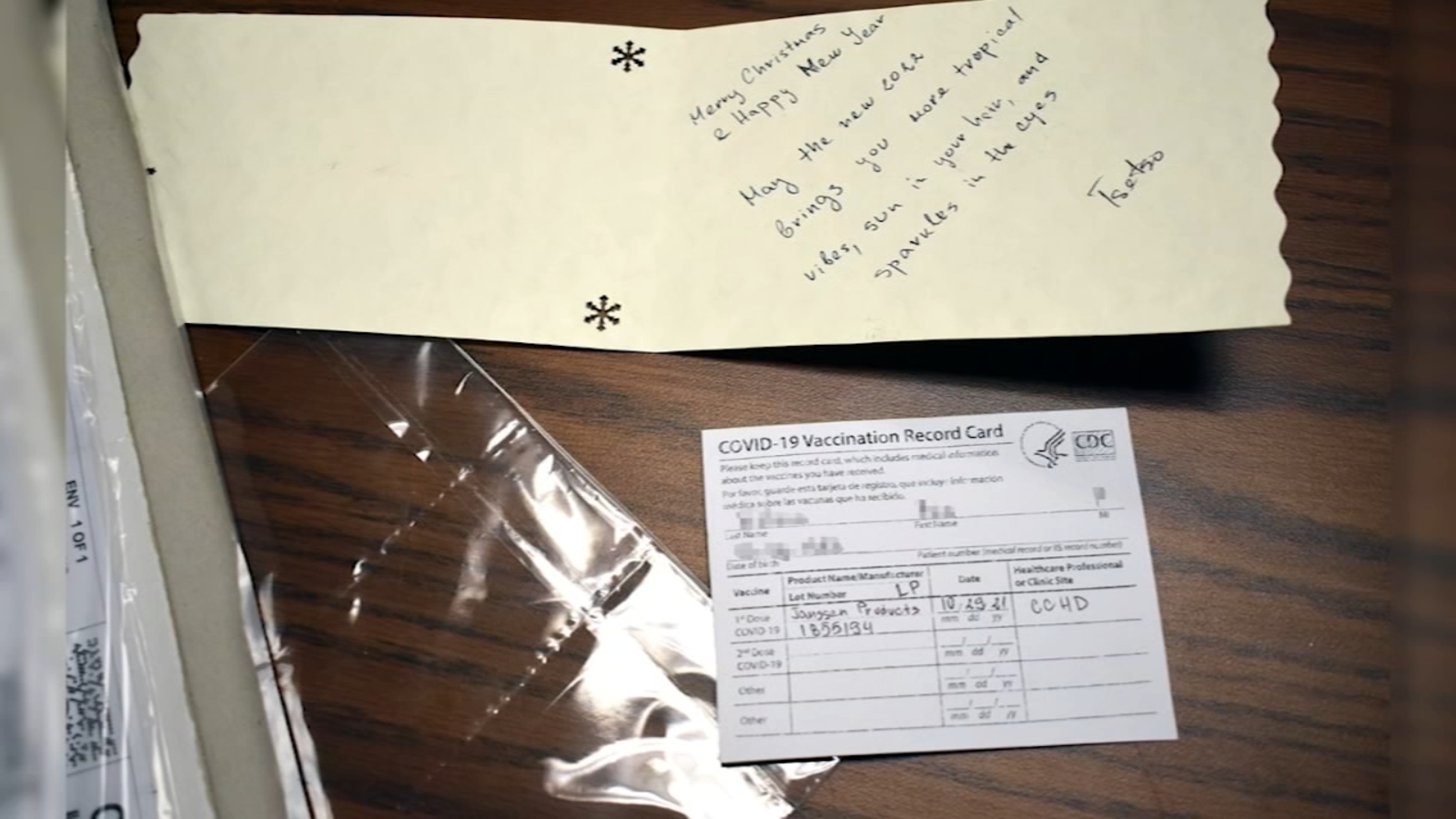 On Friday, the agency’s Philadelphia office released an image of a counterfeit card that shipped from Bulgaria to an address in Stamford, Connecticut.

Officials say the item was hidden inside of a greeting card.

Online dealers are selling fraudulent cards for as much as $500 each.

With more and more entities requiring vaccination cards to enter public places, authorities say there appears to be a growing market for fake vaccinations cards.

Authorities say not only are they illegal, but you also risk the fake cards being intercepted by Customs and Border Patrol officers.

“The symbols on it, the CDC were inaccurate, and we suspected it being counterfeit. After further review, it was determined this was a counterfeit vaccination card,” said Joseph Martella, port director for the Customs and Border Protection in Philadelphia.

In September of 2021, agents in Pittsburg seized bulk shipments of fake vaccination cards of as many as 70 coming in from China.

“It’s against United States law to have a fake vaccination card,” said Martella.

Authorities warn that buying, selling, or using counterfeit COVID-19 vaccination cards endangers and places others at risk. And if you’re buying or selling in bulk, they are coming after you.

“It’s generally going to be the FBI going after them, or in our case, our sister agency, Homeland Security Investigations. But if you’re a bulk importer, you’re going to get chased,” said Steve Sapp, spokesman for the Philadelphia Field Office of Customs and Border Protection.

CBP reminds people that real COVID-19 vaccination cards are free and available if you sign up and get vaccinated.