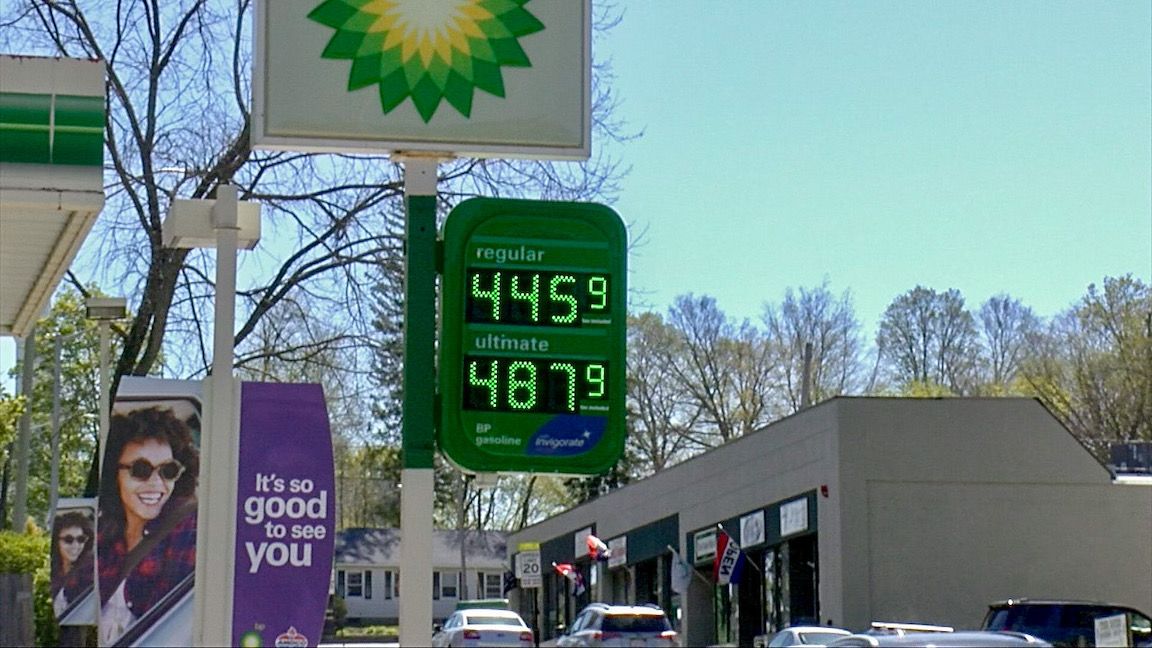 RALEIGH, N.C. – The pain at the pump continues for drivers, with the national average price for a gallon of gas soaring to $4.45 on Saturday. In North Carolina, that number is $4.23, according to AAA figures.

What You Need To Know

“Russia produces, you know, roughly 20% of the world’s oil supply. And oil, as you know, is a global commodity. It rises and falls based on global prices,” Handfield said. “When you take 20% of oil off the table, and demand stays the same or goes up, the price is going to go up, and that’s exactly what we’re experiencing today.”

Oil companies including Shell and ExxonMobil have posted billions in record profits, following the rise in gas prices. Handfield said oil companies aren’t the ones to blame for the price hikes.

“A lot of the price of gas, believe it or not, is taxes. The majority of it is taxes,” Handfield said. “It’s difficult to say the oil companies, well, you’re gouging customers, when their raw material costs, which is oil prices, are going up.”

One thing Handfield thinks state and federal governments could do is to reduce taxes on gas.

“[Another] possibility is that OPEC could release more oil onto the market,” Handfield said. “You know, OPEC is one of the major producers in the world and if they did, that would ease up on the price.”

For long-term solutions, Handfield said the U.S. should look into ways to become self-sufficient in oil production.

“One thing I think in the future is to think about increasing the pipelines to Canada — Canada has a lot of oil,” Handfield said. “It’s available and I know the Keystone Pipeline was shut down, but they may want to relook at that decision.”