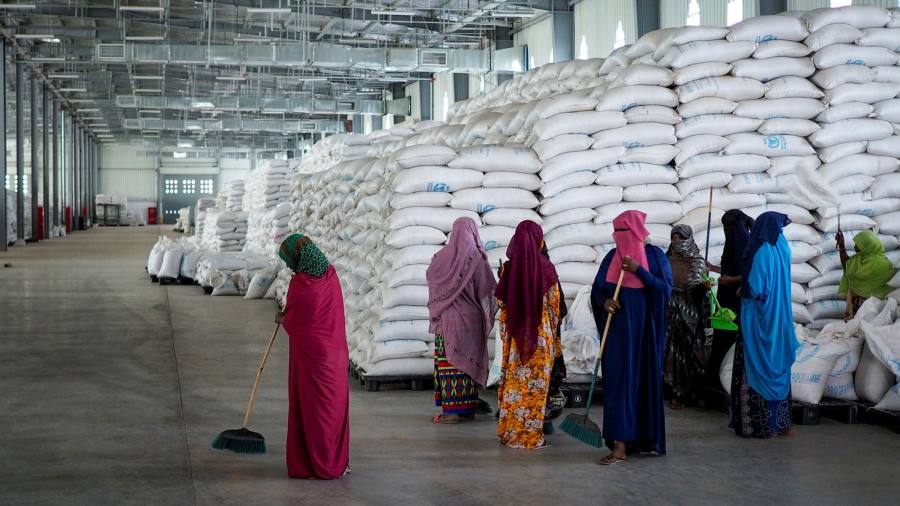 Ethiopia’s government has declared what it calls a “unilateral truce” in its 16-month conflict with Tigray to allow food aid to get through to the blockaded northern region.

The United Nations says 90 per cent of the 5.5mn population of Tigray are in need of food relief after months in which aid trucks have failed to get through. The government in Addis Ababa has denied blocking aid to the region but UN officials in Tigray have said that no trucks have made it through since December.

The apparent breakthrough follows a visit by David Satterfield, US special envoy for the Horn of Africa, to Addis Ababa this week.

“The government of Ethiopia hopes that this truce will substantially improve the humanitarian situation on the ground and pave the way for the resolution of the conflict in northern Ethiopia without further bloodshed,” the government said in a statement. The truce, it said, was “indefinite” and effective immediately.

The statement raises the possibility that the truce could lead to peace talks between the government and the Tigray People’s Liberation Front, the regional party that has led the war against Abiy Ahmed, Ethiopia’s prime minister. Analysts said that would present the best opportunity to end a conflict that is thought to have killed thousands of people and led to claims and counterclaims of numerous atrocities by soldiers and militia against civilians.

The war has reached something of a stalemate after Tigrayan fighters, apparently closing in on Addis Ababa last November, were beaten back to Tigray after the government counter-attacked with a drone offensive in December. The country’s economic situation has also deteriorated as western support for the federal government has dried up because of the conflict.

The Tigrayan forces have yet to respond to the government announcement and the FT could not reach its spokesperson.

Observers warned that any breakthrough could be scuppered if the government in Afar, a region on the road between Addis Ababa and Tigray that was the scene of bitter fighting last year, blocks shipments of aid. Reuters reported three aid workers as saying that a UN convoy was this week stoned in Afar, the drivers beaten and food stolen.

“The ‘truce’ effectively acts as a trust-building exercise between the TPLF and federal government,” wrote Connor Vasey of the Eurasia Group. “Yet a comprehensive and sustainable ceasefire remains unlikely in the short term given both sides’ hardline stances on outstanding issues.”

Getachew Reda, a member of the executive committee of the TPLF, wrote a piece in Foreign Policy this week in which he said that Tigrayans deserved the same international support as Ukrainians.

In the article, he accused Abiy, Eritrea’s leader Isaias Afwerki and the Amhara militia, which have been fighting alongside federal Ethiopian troops, of having “decimated Tigray, with the vast majority of health facilities deliberately destroyed and looted”.

The government in Addis Ababa accuses the TPLF, which it designates a terrorist group, of starting the war by attacking a federal army base in November 2019. There have been credible reports of atrocities, such as mass rape and the deliberate targeting of civilians, by all sides in the conflict, including the TPLF, the federal army and fighters from Eritrea and Amhara.

In January, the World Food Programme said that half of pregnant and breastfeeding mothers in Tigray were malnourished and that 40 per cent of Tigrayans were suffering from “extreme lack of food”.

Letter in response to this article:

Abiy might have won the war but must win peace / From Michael Street, Noto, Sicily, Italy