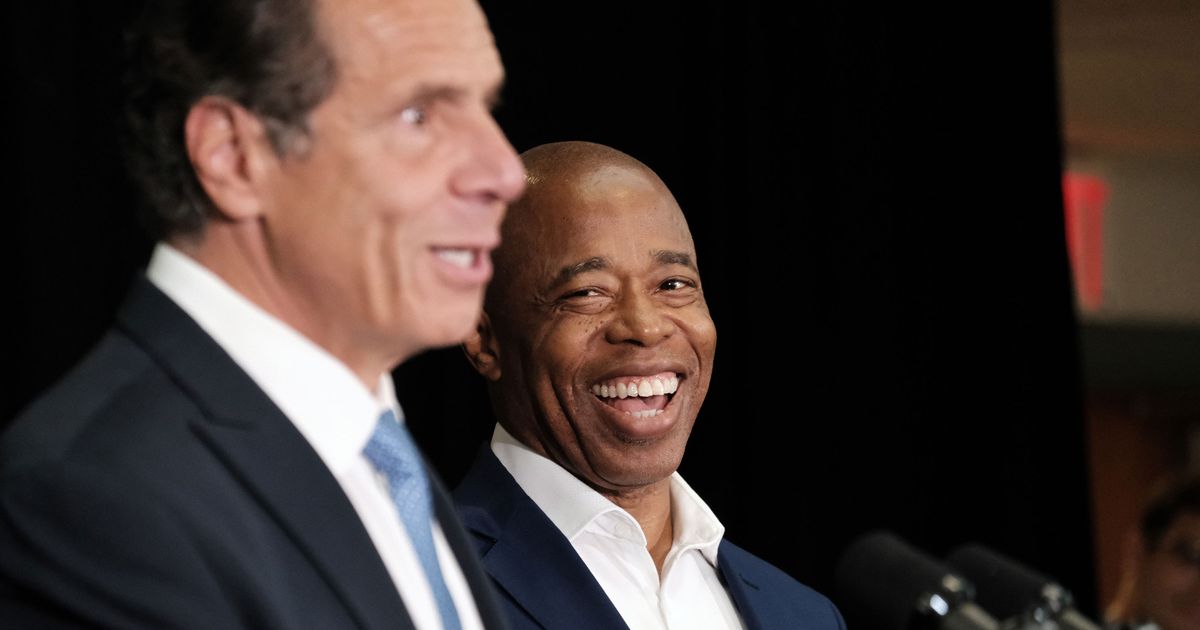 New York Post’s “Page Six” reported that the two pols were spotted dining together Tuesday evening at Le Pavillon, a French restaurant located in One Vanderbilt in midtown. The outlet previously reported that they had dinner at Osteria La Baia back in February.

Later, Adams arrived and “made a beeline to the table where Cuomo was seated, hugging Governor Cuomo and the other two men at the table,” according to the source. Adams, Cuomo, and Carone then went to eat together in a private room. It’s unclear whether fish was served.

The meeting comes as the disgraced former governor attempts to make a political comeback. Since resigning from office last August amid a raft of sexual-harassment allegations, Cuomo has slowly returned to public life, speaking from the pulpit of a Black church in Brooklyn and joining former councilman Rubén Díaz Sr. at his church in the Bronx to address the New York Hispanic Clergy Organization.

In these speeches, Cuomo hasn’t said that he plans to run for public office again. But he hasn’t done much to tamp down speculation. In recent weeks, Cuomo’s team rolled out an ad campaign that has cast doubt on the findings of the attorney general’s report that led to his resignation and highlighted the achievements of his tenure in the governor’s mansion.

Adams defended having dinner with Cuomo in February, saying that he sits down with elected officials from across the country to talk solutions.

“I was clear that Governor Cuomo should have stepped down when he did, and I don’t step away from that position. But I am not going to leave any stones unturned in getting my city back under control,” Adams said at the time.