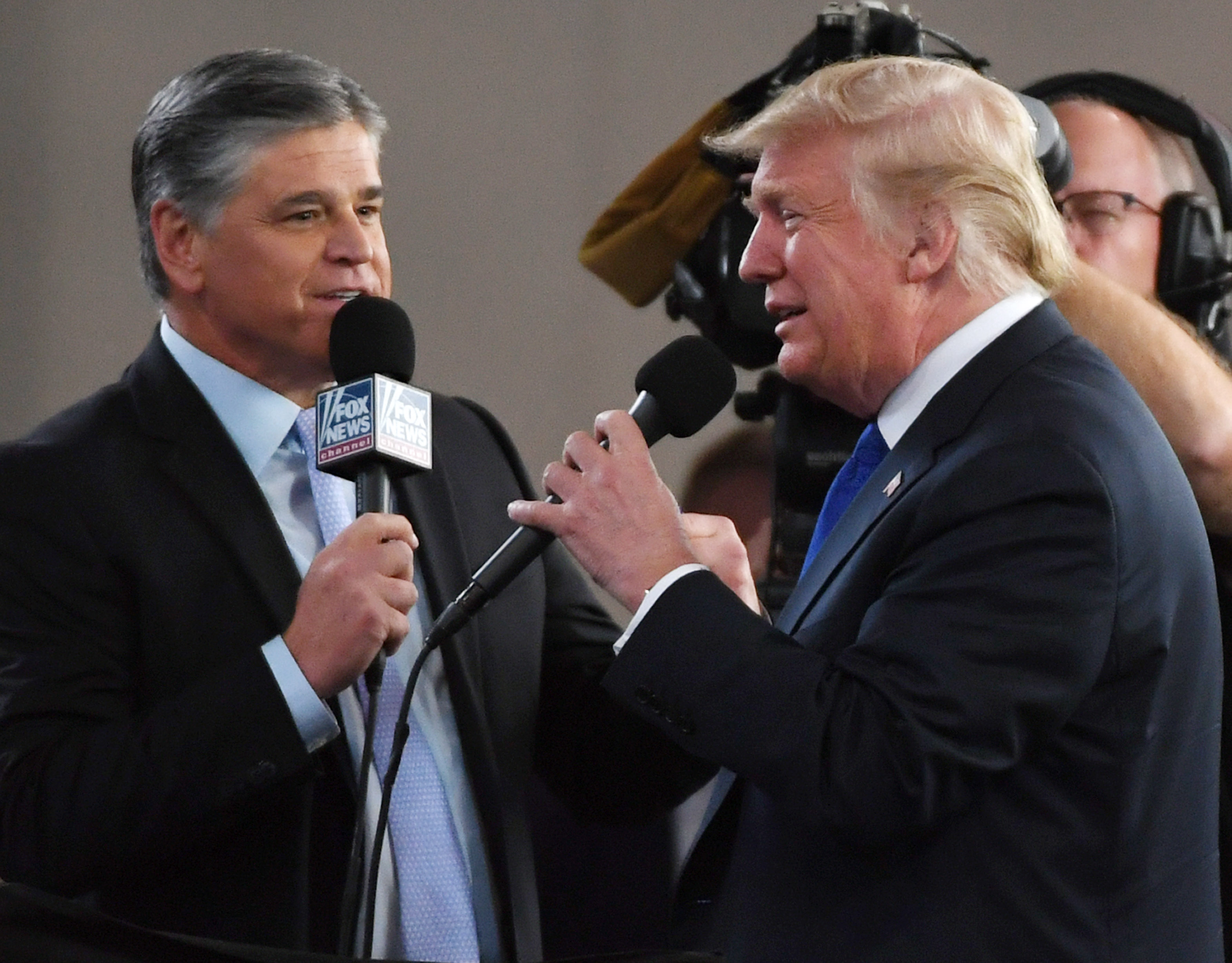 A prominent economist confronted Sean Hannity on Friday over the Fox News host’s claims about U.S. energy production under the Biden versus Trump administrations.

On his show Friday, Hannity attacked President Joe Biden‘s energy policies. His guest, Austan Goolsbee, a University of Chicago professor and former economic advisor for the Obama administration, denied one allegation after another in a heated exchange.

“He inherited energy independence, and we were a net exporter of energy, and now he’s begging OPEC,” Hannity said.

Goolsbee pushed back, saying Biden “inherited an economic downturn bordering on catastrophe, and in times like that, the price of oil tends to go way down.”

Hannity insisted that Biden is responsible for a decline in energy production, saying he “reduced America’s energy output by 40 percent” and noting the U.S. was a net exporter of energy under former President Donald Trump.

Hannity countered that Biden fired Keystone XL pipeline workers, to which Goolsbee replied, “The Keystone pipeline wasn’t built yet, Sean. That had no effect on energy production.”

“He’s not begging OPEC,” Goolsbee replied. “He convinced OPEC, and OPEC is increasing their production.”

“They didn’t reject him,” Goolsbee replied. “They said they’re increasing production in the month of January. Why are you complaining about that, Sean? You’re all over the map here. You were saying you didn’t like to pay high gas prices. I told you gas prices went down and Biden convinced OPEC to increase production, and then you said, ‘Why is he asking them to increase production?'”

Hannity has long criticized Biden and his policies. In an interview with Newsweek in October, Hannity called the president “weak, frail and a cognitive mess.”

“We now see the consequences, but the media has put him into a protection program,” he said of Biden.

According to Reuters, U.S. energy firms added the most oil and gas rigs in the week of January 14 since April 2020.