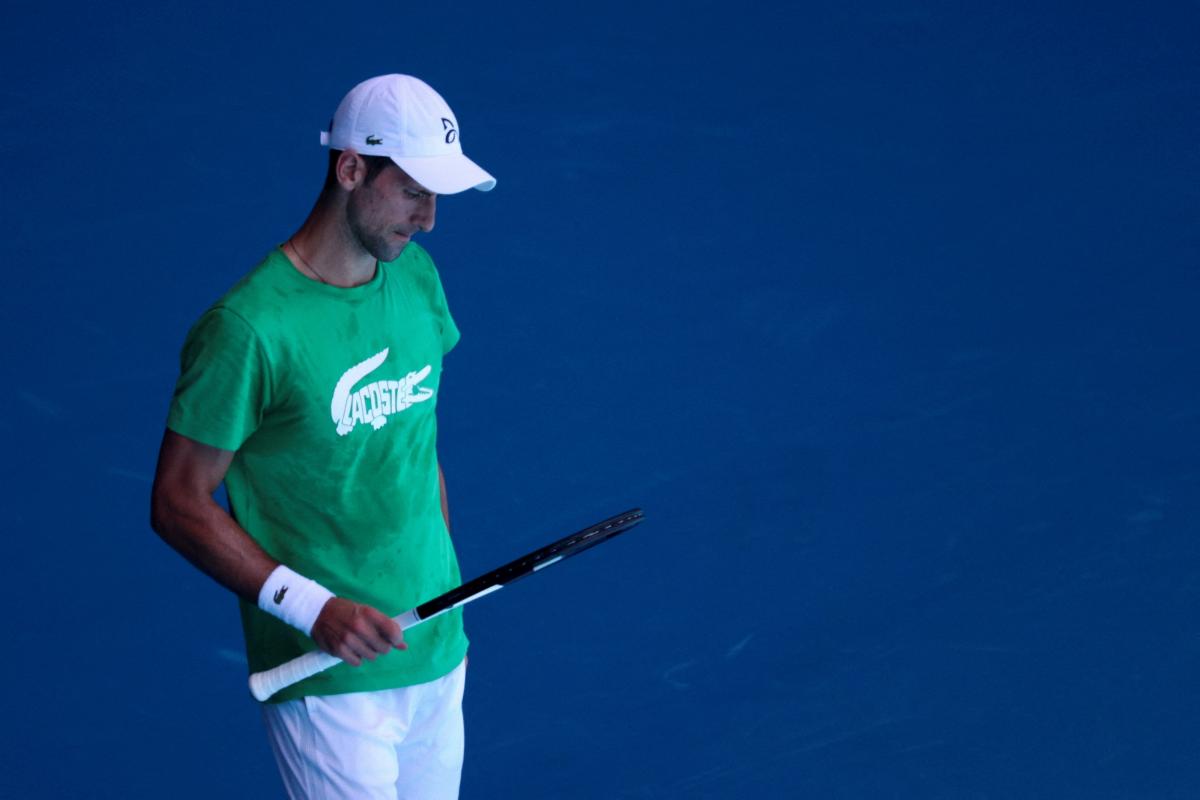 Tennis star Novak Djokovic will take his fight to remain in Australia unvaccinated to a federal court today, after the government again cancelled his visa over Covid-19 entry rules and ordered him to leave the country.

The government undertook not to deport him until the case was over, although the world’s top ranked men’s player was ordered to return to pre-deportation detention at 8am on Saturday (local time).

The 34-year-old’s legal team submitted their appeal soon after Immigration Minister Alex Hawke used discretionary powers to revoke the visa, hoping the Serbian will still be able to begin the defence of his Australian Open title on Monday.

The lawyers said they would argue Djokovic’s deportation could be as much a threat to public health, by fanning anti-vaccine sentiment, as letting him stay and exempting him from Australia’s requirement that all visitors be vaccinated.

In Serbia, a health ministry official defended Djokovic against media reports of anomalies in the positive Covid-19 test from December 16 that the player used as the basis for his exemption document.

German news magazine Der Spiegel had said the QR code for the test showed a negative result when first scanned but subsequently a positive one, and questioned when the test was actually taken.

Zoran Gojkovic, a member of the Serbian ministry’s Covid-19 crisis-fighting team, said a ministry analysis showed the document to be “absolutely valid.”

While Australian Prime Minister Scott Morrison’s government has won support at home for its tough stance on border security during the pandemic, it has not escaped criticism for the seemingly inconsistent handling of Djokovic’s visa application.

“While the ITF believes that full vaccination is a personal decision, we believe this is the responsible action we must all take in order to ease restrictions and avoid such occurrences happening in the future,” it said in a statement.

Djokovic, who is bidding for a record 21st Grand Slam title, was told on arrival on January 5 that the medical exemption that enabled him to travel was invalid. A court revoked that decision this week on procedural grounds.

But Hawke on Friday exercised his prerogative to cancel the visa “on health and good order grounds, on the basis that it was in the public interest to do so”.

Hawke said he had considered information from Djokovic and the authorities, and that the government was “firmly committed to protecting Australia’s borders, particularly in relation to the Covid-19 pandemic”.

Judge Anthony Kelly, who revoked the first cancellation, said the government had agreed not to deport Djokovic before the case concluded, and that the player could meet his lawyers.

Although Djokovic has publicly opposed compulsory vaccination, he has not campaigned against vaccination in general.

The controversy has nonetheless intensified a global debate over people’s rights to choose whether or not to get vaccinated, and become a tricky political issue for Morrison as he prepares for an election due by May.

“Australians have made many sacrifices during this pandemic, and they rightly expect the result of those sacrifices to be protected,” Morrison said in a statement.

“This is what the minister is doing in taking this action today.”

Australians have endured some of the world’s longest lockdowns, and the country has seen a runaway outbreak of the highly transmissible Omicron variant bring nearly a million cases in the last two weeks.

More than 90% of Australian adults are vaccinated, and an online poll by the News Corp media group found that 83% favoured deportation for Djokovic.

His cause was not helped by an incorrect entry declaration, where a box was ticked stating he had not travelled abroad in the two weeks before leaving for Australia.

In fact, he had travelled between Spain and Serbia.

Djokovic blamed the error on his agent and also acknowledged he should not have done an interview and photoshoot for a French newspaper on December 18 while infected with Covid-19.

But the player has been hailed as a hero by anti-vaccination campaigners.

Djokovic’s legal team said the government was arguing that letting him stay in Australia would incite others to refuse vaccination.

One of his lawyers told the court that this was “patently irrational” because Hawke was ignoring the effect that forcibly removing “this high profile, legally compliant, negligible risk …player” might have on anti-vax sentiment and public order.

Djokovic, looking relaxed as he practised on a Melbourne Park on Friday, was included in the draw for the open as top seed and is due to face fellow Serb Miomir Kecmanovic on Monday.

In Belgrade, some already appeared resigned to Djokovic missing the tournament.

“He is a role model to all of us, but rules must clearly be set,” Milan Majstorovic told Reuters TV. “I am unsure how big the involvement of the politics is in that.”

Another passer-by, Ana Bojic, said: “He can either vaccinate to remain world number one – or he can be stubborn and end his career.”