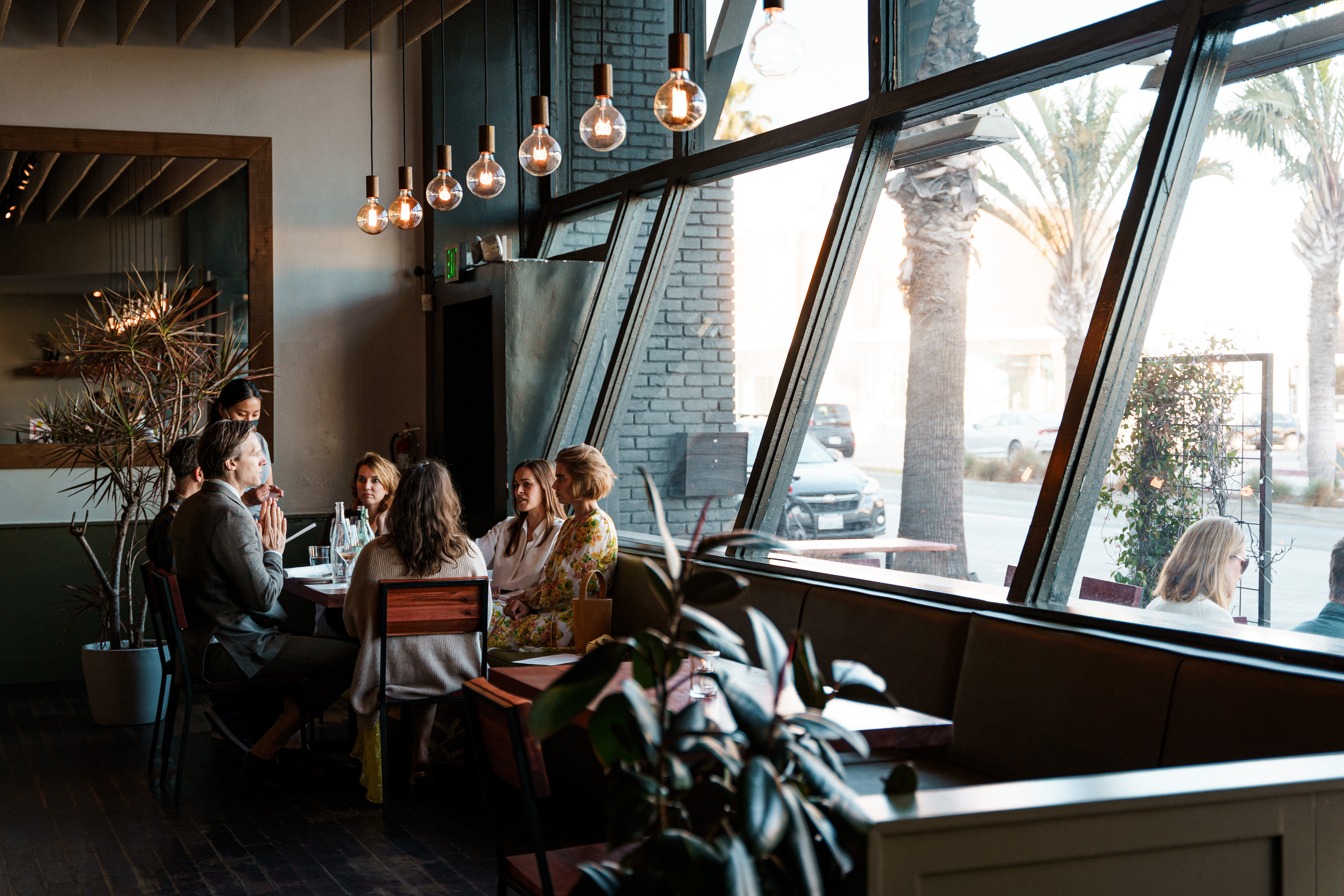 Following the lead of New York and San Francisco, Los Angeles passed a proof of vaccination mandate for most major indoor activities this week. Unlike those cities, however, our “city” (read: greater Los Angeles County) actually contains 140 unincorporated areas and 88 different cities, including the City of L.A. itself—whose city council passed an ordinance requiring patrons of malls, restaurants, movie theaters, museums and other indoor spaces to show proof of full Covid-19 vaccination by November 4.

If the geography versus vaccine rules aren’t crystal clear to you, you’re not alone. We put together a separate story on what you need to know about city versus county guidelines.

The burden of enforcement, which will begin on November 29, falls on venues, not individuals. For restaurants within L.A. city limits, this means having their staff once again enforce public health guidelines, with possible financial ramifications for noncompliance: $1,000 for a second violation of the mandate, which will rise to $5,000 for fourth and subsequent violations. However, unvaccinated individuals can still use outdoor areas, and can still briefly enter indoor spaces to use the restroom, order food or pick up orders if masked.

With some misgivings about the particulars, restaurant owners and chefs who spoke to Time Out expressed their overarching support.

“As a company policy, we haven’t been enforcing any vaccine mandates thus far, since our stores all have different city councils,” said Joseph Park, a managing partner in 6th Street Restaurant Group. His company runs several Koreatown restaurants, including KBBQ hotspots Kang Hodong Baekjeong and Quarters, but their dining portfolio also extends down to Long Beach and Orange County.

The burden of each business trying to dictate what they think is best without the support of their government was a little hard.

However, Park supports the new citywide mandate and hopes it will encourage the holdouts among his staff to get vaccinated. He also acknowledges there will be confusion amid deciding how, and exactly who, will enforce the ordinance. Nevertheless, he said that everyone should “take action” in regards to Covid-19.

Sharky McGee, the owner of Jewel in Virgil Village, expressed her unwavering support for the proof of vaccine mandate. “Honestly, I’m all for it,” she said. “The burden of each business trying to dictate what they think is best for their employees without the support of their government was a little hard.”

McGee also noted that Jewel’s patrons have by and large been fine with the team’s decision to ask for proof of vaccine for indoor dining, which they’ve already been doing ahead of any city- or countywide mandates.

Among restaurants in other neighborhoods, this isn’t always the case. For Brittney Valles, owner of the newly opened Gogo’s Tacos, patrons at her more cafe-style restaurants—Guerrilla Cafecito and Tiago Coffee Bar + Kitchen—have been less than fully supportive of indoor mask rules, the other public health guideline that’s polarized American society throughout the pandemic. (She also runs the chef-driven taco truck-turned-Arts District restaurant Guerilla Tacos.)

It just puts us in such a bad spot when we are trying to win over individuals.

With Tiago right on Hollywood Boulevard, many tourists try to flout the indoor mask rules while picking up coffee, bristling when staff members ask them to wear masks, Valles says. “Out-of-towners are big on the eye roll, like, ‘Oh, I’ve got to put my mask on? It’s all fake anyway,’” she adds.

Although supportive of the new mandate, Valles is nervous for staff, particularly in light of social media and news reports of customers getting violent. “We definitely need to push vaccination, but I just wish it wasn’t up to small businesses to enforce it,” she said. “It just puts us in such a bad spot when we are trying to win over individuals.”

Wedchayan “Deau” Arpapornnopparat, chef and co-owner of Downtown’s Holy Basil, approves of the proof of vaccine mandate, though enforcement for his primarily takeout Thai eatery might be more of a hassle than it would be for a larger sit-down restaurant.

“Anything that can assure the safety of our employees is the best way to go,” he said. “It’s so hard to hire right now. One person testing positive will affect the whole business—then we have to shut down for a bit.”

Despite the issues made evident in the last year with restaurant employees carrying out public health guidelines, it’s clear that for these L.A. restaurant chefs and owners, the benefit of a top-down proof of vaccine mandate outweigh the cost.

Valles, however, isn’t afraid to put the ball back in the local government’s court. “Maybe there are alternative ways of enforcing this that doesn’t put the burden on people just making food and trying to do their jobs day-to-day.”