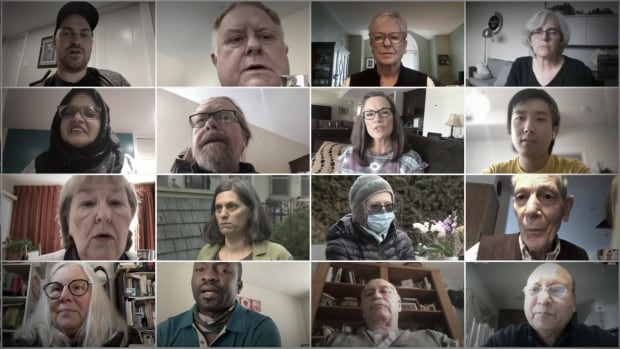 In the darkness of the early morning of Feb. 13, 2020, several unmarked RCMP vehicles followed Gurinderpreet Dhaliwal into a parking lot in Brampton, Ont., northwest of Toronto. When he stopped, the Mounties made their move, surrounding his vehicle, ordering Dhaliwal out and placing him in handcuffs within seconds.

His arrest — and that of his wife, Inderpreet, hours later — was the result of Project Octavia, a concentrated RCMP investigation into telephone scams bilking Canadians out of millions of dollars.

A police search of his home would reveal $114,000 in jewelry, plus additional cash, a money-counting machine and other evidence that police say supports their allegations that the couple were key money mules for an overseas crime syndicate, funnelling and laundering money from Canadian victims of scam calls to India-based call-centre operators.

The Dhaliwals’ trial has been repeatedly delayed. Both have pleaded not guilty to charges of fraud, money laundering and possession of proceeds of crime. None of the charges against them have been proven in court.

Three others scooped up in the task force’s broader investigation fled Canada before they could be arrested. Two others were operating from Nepal, but would be arrested if they ever come to Canada. Two took deals avoiding jail time. One was deported. And one has not yet had his trial scheduled.

But within a year of the Dhaliwals’ arrest, Project Octavia quietly disappeared. The RCMP task force that targeted Canadian accomplices of scam calls was disbanded, even as those calls continue unabated and Canadians’ financial losses mount.

“In an industry like this that operates with impunity, you are sending a message that Canada doesn’t care about this kind of crime,” said Vanessa Iafolla, a financial crimes researcher at Saint Mary’s University in Halifax.

The Mounties formed Project Octavia in October 2018 after a CBC Marketplace investigation revealed how little the RCMP had done to combat the thousands of scam calls harassing Canadians every year, with schemes ranging from Amazon refund scams to impersonating Canada Revenue Agency officials.

But in January 2021, with cases still pending and scam call activity surging, the RCMP eliminated its financial crimes unit in Ontario, which oversaw Project Octavia, redeploying the scam call investigators into other areas.

While the Mounties officially say the work will continue inside other pre-existing units, including serious and organized crime teams, a senior RCMP source told Marketplace the investigations have stopped.

Victims “will continue to be victimized, they have no recourse,” the source said by email. CBC is granting confidentiality to the source because they fear professional repercussions for speaking out critically on the decision to effectively end Project Octavia.

The source says the RCMP is uniquely placed to work with police in India to tackle the ongoing calls.

“These scams are multi-jurisdictional, which makes it impossible for local police departments to actually deal with them effectively,” the source said.

An RCMP spokesperson told Marketplace that its Integrated Market Enforcement Teams (IMET) “remain a dedicated unit that focuses on frauds or other types of illegal activity in securities markets.”

CBC Marketplace has spent five years investigating phone scams, the scammers and the alleged co-ordinators in Canada who funnel money abroad. Now, the team has learned that the RCMP, which once promised it would do everything it could to stop spam calls, has dismantled Project Octavia, its task force dedicated to stopping them. 1:52

However, the source told Marketplace that the unit has nothing to do with investigating phone scams.

Ending the task force specifically targeting those funnelling money abroad “just makes Canada a more attractive place for people to engage in these kinds of scams,” she said.

Police say money mules in Canada take in money — and keep a set portion of it — in return for being a conduit back to criminal kingpins. Not all mules are necessarily aware of their role in the scam. Some grew up in India and came to Canada on student visas, or emigrated, and were recruited to become mules before leaving India or once established in Canada.

How the scammers get their money

While most of those contacted by scammers do not fall victim to the ruse, a sufficient number do, which makes it a hugely profitable endeavour.

Phone scammers, said Iafolla, “are people who really understand what vulnerabilities other people have and exploit them.” She describes them as “natural psychologists.”

Monique LaFrance, of Gatineau, Que., lost nearly $200,000 in what has become known as the bank investigator scheme.

“He presented himself as a security investigator from the Royal Bank, and he told me that my accounts had been compromised,” she said of the scam call she received in August 2020. “He asked me if I wanted to help them find the fraudsters and help others.”

The scammer said he would deposit money in her account — and that she was to send that additional money in cash by courier to specific addresses. What she didn’t realize was that the scammer had access to her online banking, and was adding money to her savings account by drawing from her line of credit.

“It’s crazy. It’s really crazy. It gets me kind of sick just thinking about it,” she said.

One of those packages was addressed to Abhinav Bector, at his home address, and another package addressed to Abhi B, at a duct-cleaning business where a man of the same name was an employee. The RCMP tracked that package and arrested Bector.

He was charged with fraud, money laundering and possession of the proceeds of crime. But in an arrangement that avoided a trial and the possibility of a jail sentence, he pleaded guilty to only the last charge.

When approached by CBC journalists in November 2021 and asked if he had anything to say to his victims, some of whom are facing the prospect of losing their homes and life savings, he responded: “I have nothing. I was not.”

Signs on Bector’s car suggest he works now as an Uber driver. But at sentencing in September 2021, the court heard he had received a job offer from a Canadian bank. His criminal record will be wiped clean a year after his guilty plea, so the bank making the offer may never know of his criminal past.

Both Gurinderpreet Dhaliwal, arrested by the Mounties in that parking lot in February 2020, and his wife, Inderpreet, are scheduled to face trial. However, the proceedings have been repeatedly delayed and are now not scheduled to begin until the spring of 2023.

They continue to live in the Brampton home where police say they found cash connected to scam victims.

Court documents allege one of them is Melissa Steele’s father. She doesn’t want to identify him by name, worrying the scammers will target him again. He has cognitive difficulties and still does not understand what’s happened — or the consequences that will change his life.

“He got one of those calls saying that he owed tax money and that he was in trouble. He ended up driving to his bank and taking out money.”

He has since had to move out of the home. Steele has a message for the couple who allegedly received her father’s money, leading to charges.

“I would say it’s cruel, and how would they feel if somebody treated, you know, their loved ones that way.”

CBC journalists asked Inderpreet what she would say to people who lost their life savings, some of whom would be expected to testify at trial. She responded: “No comment.”

Her lawyer, Thomas E. Pittman, later contacted CBC to emphasize his client would not make comments before trial. He said the RCMP have wrongly characterized her as a “player in an international criminal syndicate.”