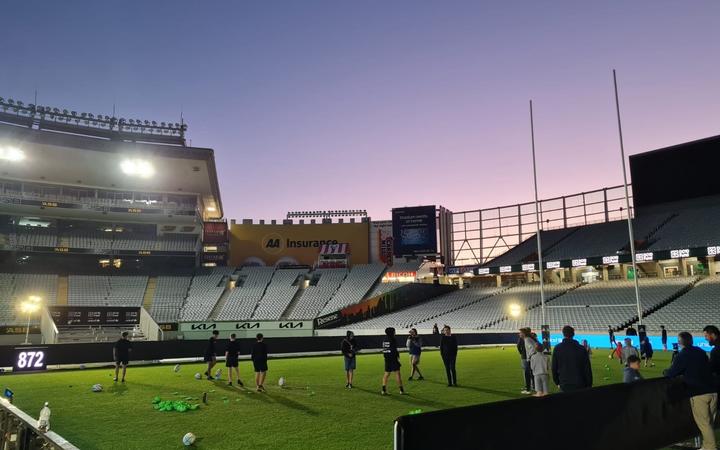 All Black and Crusaders legend Dan Carter has just completed a 24-hour kickathon in an effort to raise funds for children across New Zealand and the Pacific.

Carter knocked 1598 kicks between the posts in a period of 24 hours – matching the total number of points the first-five notched in his All Black career.

He started at 7pm last night and has not slept.

“It’s been such a long journey, seriously,” Carter said, thanking all the people behind the scenes who supported him.

“To be honest, I just want to go to the Pacific now and give them the money,” he says.

People have donated $328,000, which is going to Unicef to provide clean water in the Pacific Islands.

Funds raised from the event will be put toward UNICEF’s water sanitation and hygiene programme for children in the Pacific.