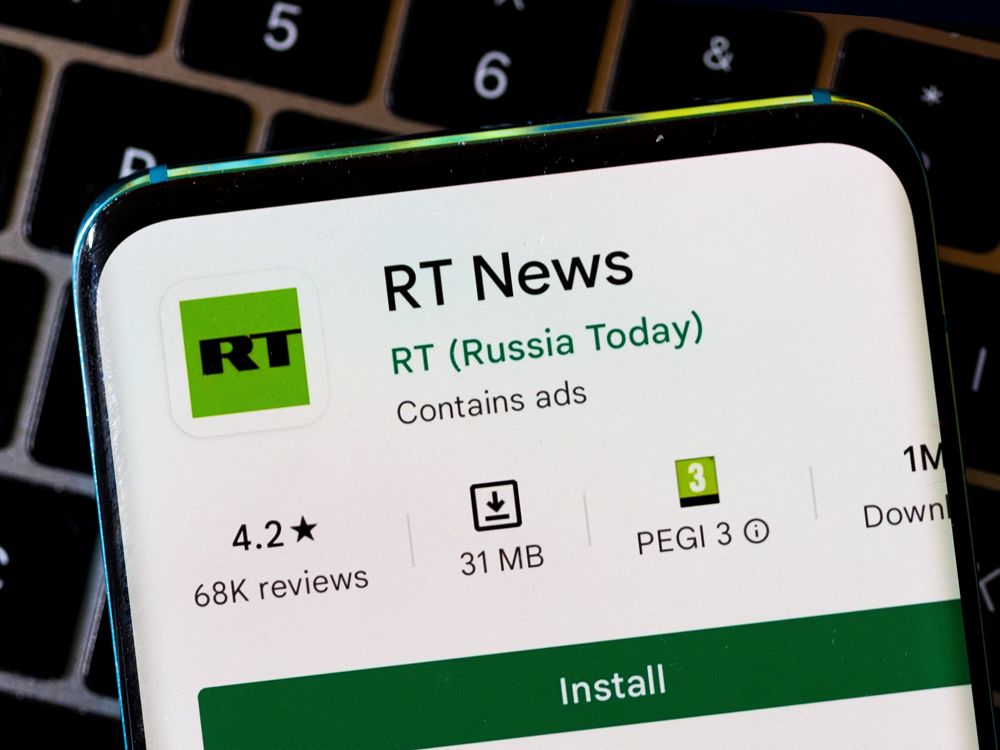 Television channel RT, previously known as Russia Today, was removed Wednesday from the list of programming services and stations authorized by The Canadian Radio-television and Telecommunications Commission.

The broadcast regulator said in a statement that it was “concerned with programming from a foreign country that seeks to undermine the sovereignty of another country, demean Canadians of a particular ethnic background and undermine democratic institutions within Canada.”

Some carriers had already voluntarily removed the Russian state-controlled international television network, which has been authorized for distribution since 2009, following Russia’s invasion of Ukraine last month.

“Freedom of speech and a range of perspectives are a necessary part of our democracy. However, it is a privilege and not a right to be broadcast in Canada,” said Ian Scott, chairperson and chief executive of the CRTC. “Foreign channels can be removed from the authorized list should their programming not be consistent with the standards to which Canadian services are held, or their continued distribution no longer serves the public interest, as was the case for RT and RT France.”

Television service providers, such as cable and satellite TV companies, are authorized to distribute foreign television services to provide Canadians with a broad range of views and voices, but these services are not licensed like Canadian services, the CRTC said.

In the statement, the Commission said it determined that the continued authorization to distribute RT and French channel RT France “is not in the public interest” and that “RT’s programming is not consistent with the standards against which Canadian services are measured nor the policy objectives set out in the Broadcasting Act.”

The regulator said it considered factors including allegations in materials provided to it, reports of the situation in Ukraine, sanctions on Russia and Russian individuals, and the “swift steps” taken by other jurisdictions including the European Union and Australia to pull the services.

The CRTC said it received a total of 373 interventions, with 350 in favour of removing RT from Canadian airwaves and 16 in favour of keeping it.