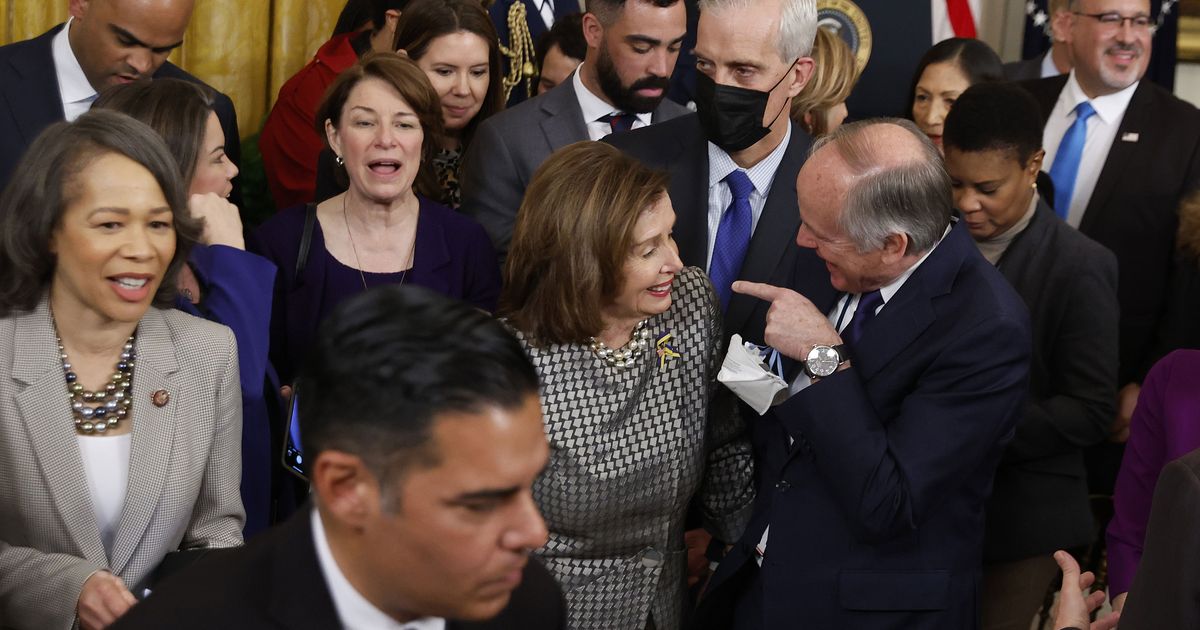 Spring has sprung in Washington, D.C., and with it an abundance of cherry blossoms, aggressive but adorable wildlife, and the latest variant of the definitely no-longer-novel coronavirus. As the Omicron spinoff BA.2 takes over as the dominant strain in the capital, an alarming number of politicians and staffers have contracted the bug in recent days.

On Thursday, House Speaker Nancy Pelosi tested positive after attending a ceremony celebrating the 12th anniversary of the Affordable Care Act, which included an appearance from Barack Obama. Pelosi was unmasked and on stage with President Biden during the event. Members of the press, who have also been interacting with Pelosi plenty, weren’t thrilled when they heard the news before her weekly Thursday press conference: “Are you shitting me?” one reporter said. “This is why we wear masks,” added another. The House Speaker’s deputy chief of staff says his 82-year-old boss is asymptomatic.

COVID is also spreading through the presidential cabinet: Attorney General Merrick Garland and Commerce Secretary Gina Raimondo both tested positive this week. It appears likely that Raimondo contracted the virus at Saturday night’s Gridiron Club dinner, a bipartisan get-together where New Hampshire governor Chris Sununu called Donald Trump “fucking crazy.” More than a dozen politicians and aides on the guest list have tested positive in the days since, including Representatives Adam Schiff and Joaquin Castor.

It’s in the White House, too. Vice-President Kamala Harris’s communications director Jamal Simmons tested positive on Wednesday after attending the ACA event; Simmons did not wear a mask and shook hands with former president Obama, who has had COVID before, following his speech.

City government has not been spared; after experiencing what she thought were allergy symptoms, D.C. mayor Muriel Bowser announced Thursday that she, too, had COVID.

Biden, who got his second booster last week, has taken a relatively laissez-faire approach to the virus of late as he tries to project normalcy to the country. And the White House states that, per CDC guidance, the president was not officially in close contact with Pelosi, which is defined as unmasked contact within six feet for more than 15 minutes. They did, however, kiss on the cheek.