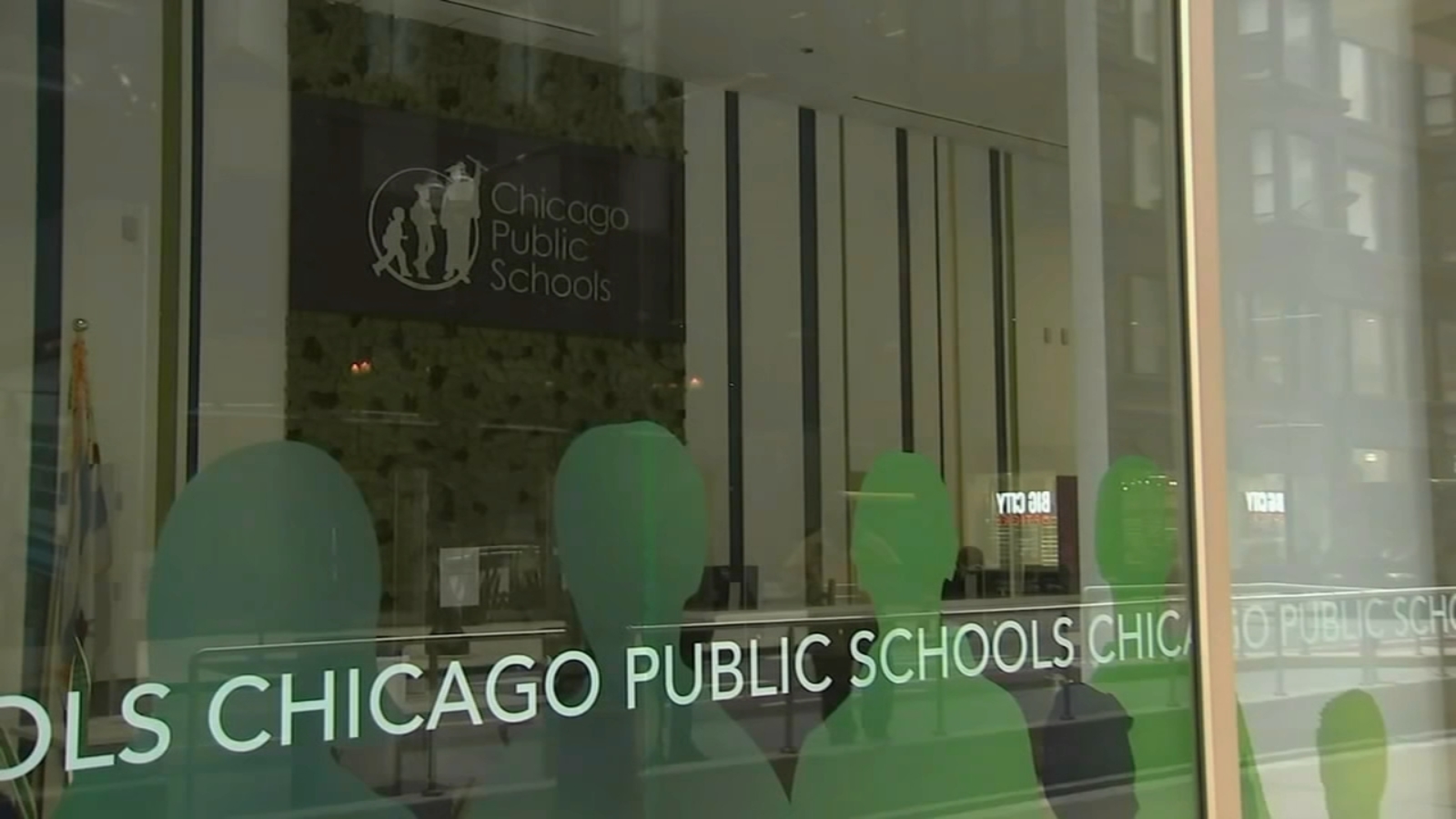 CHICAGO (WLS) — Hundreds of Chicago Public Schools students aren’t happy about the return to schools and walked out in protest Friday.

The students feel like their voices were not heard in discussions over COVID safety measures.

At 12:30 p.m. Friday, students from at least 20 CPS schools walked out of school in protest over the return to in-person learning and headed to CPS headquarters in the Loop.

The massive group blocked off the entrance of the CPS headquarters, making their voices heard and pleading to be included in talks when it comes to their safety.

“We have a voice and it matters!” said Andrea Cespedes, a junior at Lindblom Math & Science Academy. “That’s what we’re here for, so that CPS can hear our voices.”

Catlyn Savado, a Julian High School freshman and organizer of the group CPS Radical Youth Alliance, led the charge. Students from CPS schools across the city, including at Curie and Solorio Academy high schools, joined the effort.

“KN-95 masks, COVID testing, opt-out so that we know that everyone right is getting COVID tested weekly, at least biweekly also,” she said.

The students joined kids in Brooklyn and Boston in a mid-day walkout from class. The Chicago Teachers Union called the students brilliant and fierce, sharing videos and images of the walkout on social media.

“Lori Lightfoot needs to listen to what we have to say because we are the ones who are being put at risk. The environments that we are in are not clean. They are not sanitary,” another student said.

The city reached an agreement with CTU this week after the district canceled classes for nearly a week when teachers demanded to go remote.

The city agreed to expanded testing of students, more PPE and metrics for individual schools that would trigger a pivot to remote learning. Some parents believe that’s enough.

“There’s no reason to walk out,” said CPS parent Tina McKoy. “What’s the point? They were already off for like a week and a half for what else? What else do they need? What is there a walk out for now? I don’t understand.”

“I don’t think it’s a good idea,” said CPS parent Bernard Robinson. “I think they need to stay in school and get the education. They’ve been out a lot of days.”

But these students say those precautions don’t go far enough to keep them safe – including what they say is failed COVID testing.

“They stopped doing it,” said Joel Brown, a freshman at Julian High School. “Kids be coming in here with COVID. We’ll never know.”

The CTU said they support the students’ efforts. CPS released a statement in response Friday afternoon, saying in part: “School administrators will review the student concerns and work with the District to address them.”

Friday’s walkout took place as similar ones were held in Boston Friday and New York City earlier in the week.

“They are in solidarity with us,” Cespedes said. “And, for us, it’s super empowering to stand together with students all around the city to demand better COVID safety.”

It is appropriate in classes or special school events to create an environment where students of all viewpoints feel that they can express themselves in a safe and respectful environment.

The expectation is for classes to continue Monday as all sides continue to work out these safety measures.