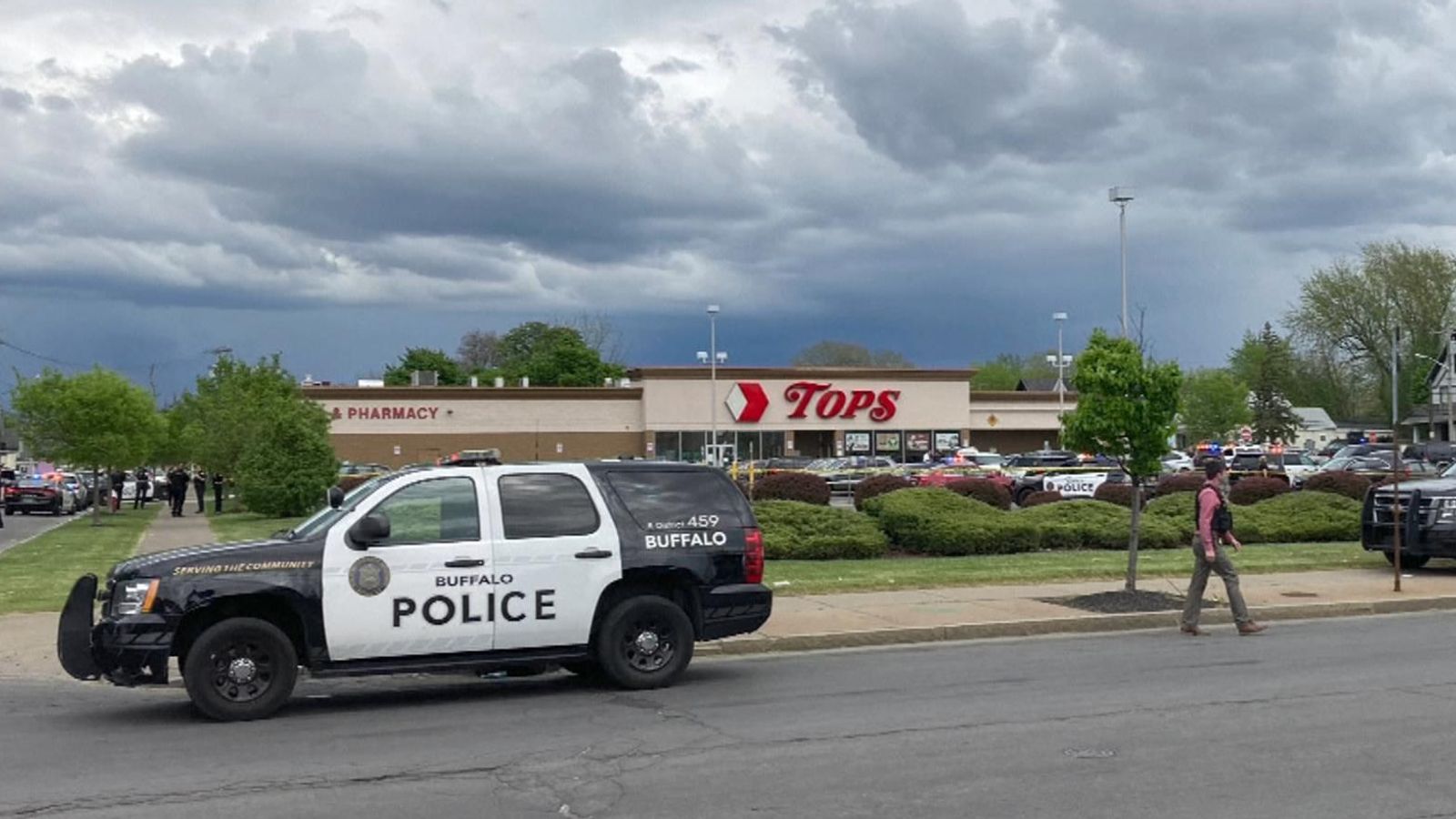 At least 10 people have been killed and three others injured in a mass shooting at a supermarket in the US city of Buffalo, New York state.

Police said the suspected gunman was taken into custody after the attack which is being investigated as “a racially-motivated hate crime”.

Buffalo Police Commissioner Joseph Gramaglia said that 11 of the 13 people who were shot were black.

“This was pure evil,” said Erie County Sheriff John Garcia in a news conference. “It was straight up racially-motivated hate crime from somebody outside of our community.”

Investigators believe the man may have been live-streaming the shooting and are looking into whether he had posted a manifesto online.

The Buffalo News said the attack had been carried out by a gunman dressed in body armour and armed with a high-powered rifle.

Officials said the man entered the supermarket and opened fire, with witnesses having reported hearing dozens of shots being fired.

SWAT teams rushed to the scene.

Braedyn Kephart and Shane Hill, both 20, told the Associated Press they pulled into the car park just as the gunman was attempting to leave the scene.

They said he was a white male in his late teens or early twenties and wore a full camouflage outfit, a black helmet and carried what appeared to be a rifle.

“He was standing there with the gun to his chin. We were like what the heck is going on? Why does this kid have a gun to his face?” Mr Kephart said.

He said they saw him drop to his knees, adding: “He ripped off his helmet, dropped his gun, and was tackled by the police.”

Will G, an employee at the Tops supermarket, told the Buffalo News he walked into the refrigerated section to put milk on the shelves about three minutes before the shooting.

“I just heard shots. Shots and shots and shots,” he told the local paper. “It sounded like things were falling over.”

A law enforcement official on the scene told the newspaper: “It’s like walking onto a horror movie, but everything is real. It is Armageddon-like. It is so overwhelming.”

A large police presence has shut down the area north of Jefferson Avenue at Northampton Street, Buffalo News reported.

New York governor Kathy Hochul tweeted that she was “closely monitoring the shooting” in her hometown, and said state officials have offered to help to local authorities.