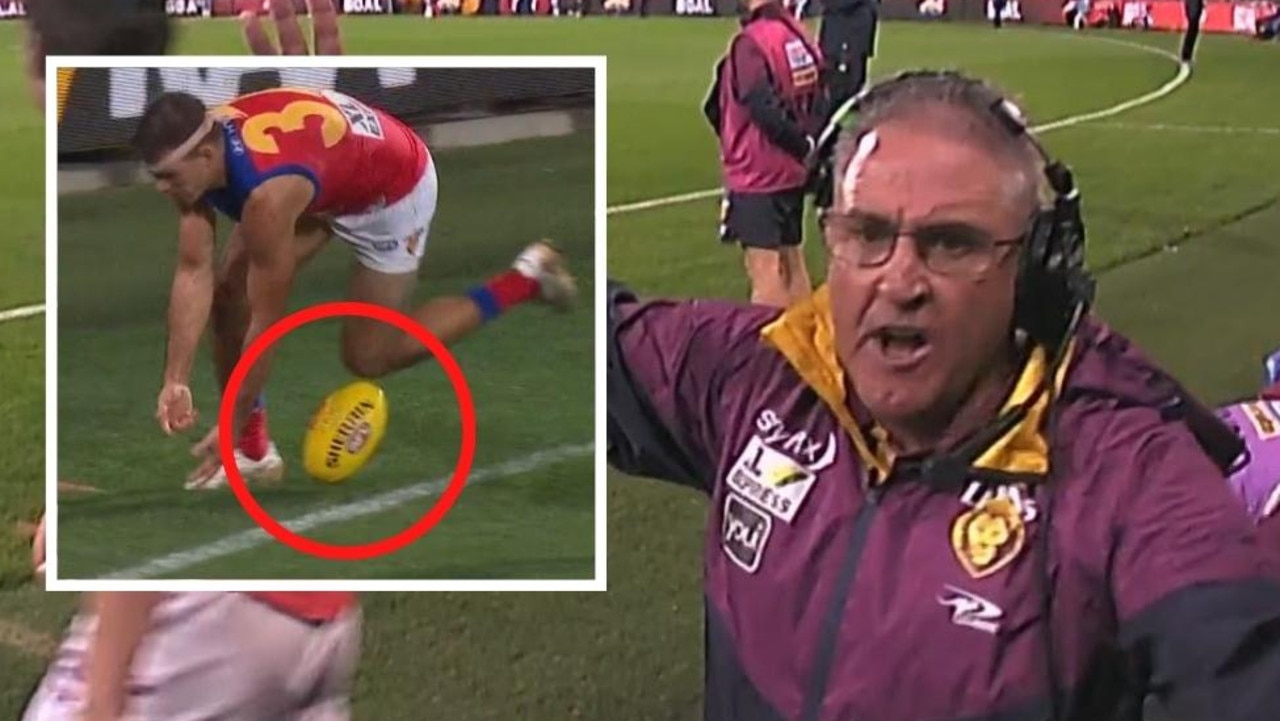 The Lions have secured a crushing win over the Adelaide Crows, but the second quarter got underway in controversial circumstances.

The Brisbane Lions have secured a crushing victory over the Adelaide Crows on Saturday evening, temporarily climbing into top spot on the AFL ladder.

The Lions dominated the second half at Adelaide Oval, restricting the Crows to just two goals after halftime to claim their fifth consecutive victory.

But the second quarter got underway in controversial circumstances, with Adelaide scoring a crucial goal after the footy had seemingly rolled over the boundary line deep in a pocket.

Crows forward Josh Rachele tapped the Sherrin back into play towards teammate Ned McHenry, who danced around two Lions defenders before snapping the Sherrin between the big sticks.

Brisbane coach Chris Fagan fumed from the dugout as replays confirmed that the ball had indeed crossed the boundary line.

“Look at that, no whistle. The boundary umpire was right there too.

“Bit of luck there for the Crows.”

But the Lions struck back in the third quarter, kicking eight consecutive goals to take a commanding lead into the final term.

While Cameron tormented his old side, the Lions had plenty of weapons in their league-leading attack that finished with 10 goal kickers, including Zac Bailey who booted three.

Lachie Neale also hit the scoreboard and amassed 35 possessions in yet another eye-catching performance.

Rory Laird, Ben Keays and Jordan Dawson led the way for the Crows, with Jackson Hately enjoying his best game since his switch from the Giants, while Shane McAdam booted three goals.

The Lions, who have gone 8-1 for the first time since 1948, will next face the Hawthorn Hawks at Launceston’s University of Tasmania Stadium on Sunday, May 22, with the first bounce scheduled for 3.20pm AEST.