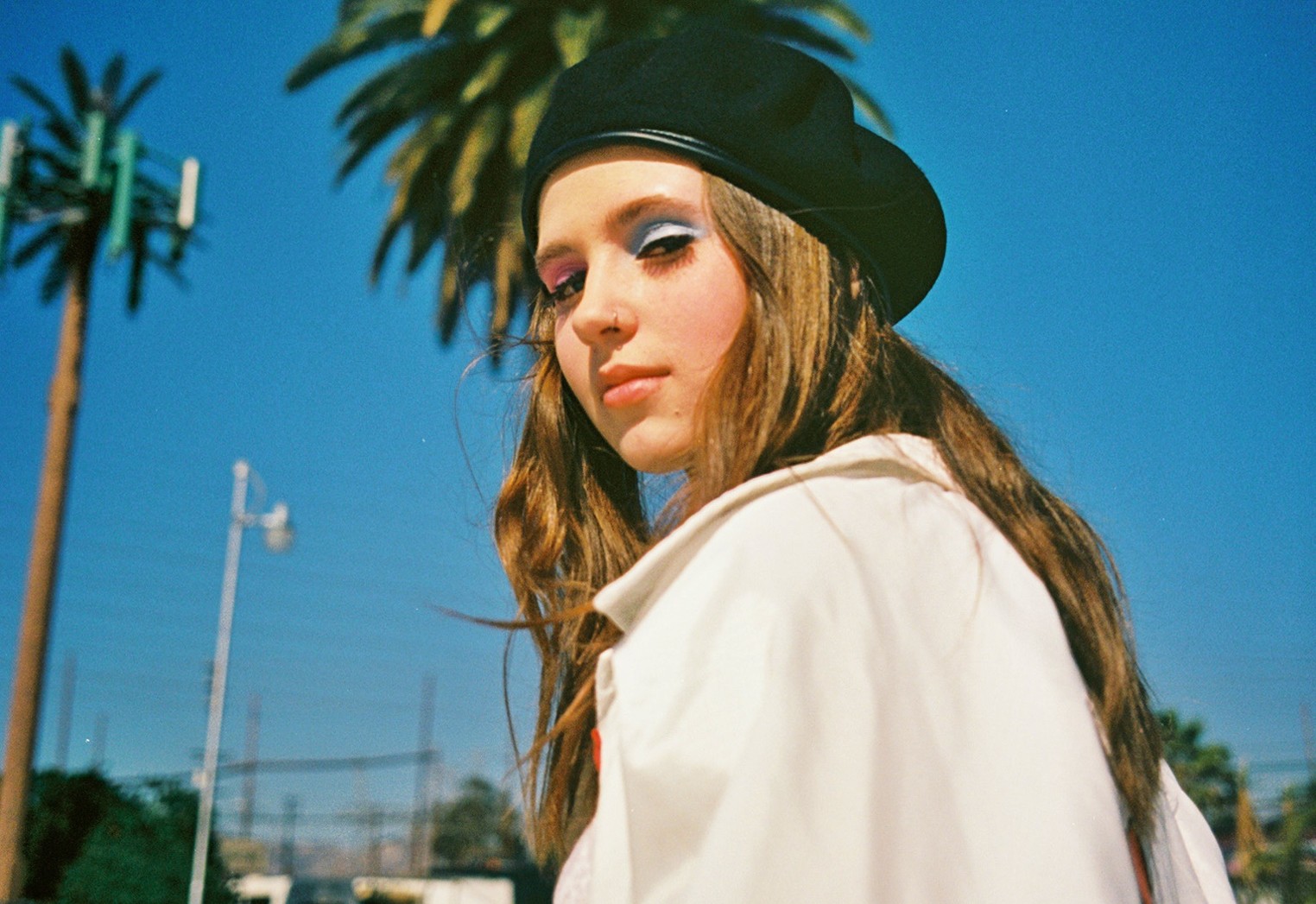 If you’re a fan of metal, gifted singer-songwriters, and indie bands (or all of the above), metro Phoenix’s concert calendar this week will have something to suit your tastes. Notable metal bands like the Drowning Pool, Powerman 5000, Wayfarer, and the legendary Sepultura will all be local invading music venues over the next several nights. Ditto for artists like Clairo, Sarah Shook, and Aaron Maine (better known as Porches).

This week also offers you the chance to see punk icons Social Distortion in the company of bikers, as well as another opportunity to see Billie Eilish in concert.

Details about each of these shows and events can be found below. And for even more live music happening around the Valley from Monday, April 4, to Thursday, April 7, visit Phoenix New Times’ online concert listings.

You’ve got another chance to see Billie Eilish in concert.

If it seems like you’ve heard the name Billie Eilish a great deal the past few years, that’s only because you have. From sweeping the Grammys in 2020 to winning an Oscar recently for performing the theme to No Time to Die, the pop singer-songwriter has been all over pop culture and social media. Her career arc has been rising steadily for seven years. When she was just a fresh-faced 14-year-old, she and her older brother, Finneas O’Connell — a singer-songwriter and producer in his own right who has collaborated extensively with his sister — uploaded the short but catchy tune “Ocean Eyes” to SoundCloud. It quickly gained momentum, and despite having few songs to her name, Eilish promptly began developing a dedicated following.

Its success pales in comparison to that of “Bad Guy,” Eilish’s breakthrough single from her 2019 debut, When We All Fall Asleep, Where Do We Go? The track reached the apex of the Billboard Top 40 charts, got constant radio airplay, and earned her an armful of Grammy Awards, including Record of the Year. Her 2021 follow-up, Happier Than Ever, has also been a runaway success, resulting in numerous sold-out dates on her current tour. That includes her performance on Monday, April 4, at Gila River Arena, 9400 West Maryland Avenue. It’s the second of two shows Eilish will stage in the Valley in early April and tickets are only available on the secondary market. The concert starts at 7:30 p.m. and Duckwrth opens. Carolina del Busto and Benjamin Leatherman

Sepultura at The Nile Theater

Portuguese for “grave,” Sepultura is a Brazilian heavy metal band formed in 1984 that has managed to stay relevant for nearly 40 years thanks to the band’s openness to adapting and evolving with the sounds of heavy metal as they shift. Over the years, the band has combined elements of thrash, groove, death, alternative, industrial, and even nu-metal into its arsenal. Though its only consistent member has been bass player and backing vocalist Paulo Jr., Sepultura has consistently released a new album every few years since its early days. The band’s most recent album, Quadra, was released in early 2020, the concept of which was based on Quadrivium, the four arts — arithmetic, geometry, music, and astronomy. The band divided the 12-track album into four sections of three songs and played a different kind of metal for each section. Sepultura comes to The Nile Theater, 105 West Main Street in Mesa, on Tuesday, April 5. Sacred Reich, Crowbar, and Art of Shock open the 6 p.m. show. Admission is $25. David Fletcher

Claire Cottrill has been releasing music as Clairo since 2013 and has found herself and the dreamy indie pop that she and her band create performing on Ellen and Jimmy Kimmel Live. Her 2019 album Immunity garnered significant notice and some have compared her rise to that of Billie Eilish. Cottrill has seen some early success with singles like “Pretty Girls” and the even more successful “Flaming Hot Cheetos.” From these early singles, one can appreciate the lo-fi production that personified the style of her video for “Pretty Girls,” in which Cottrill is singing in what looks like her bedroom and recording it from her computer’s webcam. Currently touring behind her 2021 release Sling, Cottrill is yet another example of artists rising from obscurity in more organic and socially driven ways. She’s due at Marquee Theatre, 730 North Mill Avenue, on Tuesday, April 5. British singer-songwriter and poet Arlo Parks opens the 7 p.m. concert. Tickets are $45 to $95. Jeff Kinni

Sarah Shook and the Disarmers at The Rhythm Room

Rarely does a woman tap into Nashville’s roots, find an audience bored of trite same-same formulas, and tour to a feverish following without giving up one iota of her bareboned style, political gutsiness, and shamelessly scruffy lyrical fodder. Country singer-songwriter Sarah Shook, though, with her tattoo-etched arms and raw voice, carves songs in which such authenticity matters. Life ain’t a Jello mold. People can fall down and still redeem themselves. Girls are not pure. Boys can be battled. She’ll be playing the Rhythm Room, 1019 East Indian School Road, on Tuesday, April 5.

Shook started penning tunes at age nine while being raised by hardcore religious parents in Rochester, New York. Under the spell of rockabilly queen Wanda Jackson, Shook formed her first band in 2010 and has released four albums thus far. Instead of offering smooth FM radio gyrations, she unleashes messy tales and small bits of her trademark warble, scattered here and there, to let listeners understand the human-scale of her endeavor. She embodies trailer-park-tough smarts, real deal country, not studio gimmickry concocted for mass appeal. Her Rhythm Room show starts at 8 p.m. with opening sets by Danielle Durack and Katie Mae. Tickets are $13 to $15. David Ensminger

Delta Sleep at The Rebel Lounge

Kent, England’s Delta Sleep is a math-rock band, albeit one with fairly pleasant grooves. So break out your scientific calculator and get down to the Rebel Lounge, 2303 East Indian School Road, on Wednesday, April 6. They’re touring in support of their most recent album, 2021’s Spring Island. Philadelphia post-punk/post-hardcore act Caracara and local indie act Celebration Guns will open. Doors are at 7 p.m. and tickets are $16. John Bear

In 1991, the Boston-based outfit Powerman 5000 was born. Despite sounding like an alter-ego superhero your 4-year-old made up, Powerman 5000 is one of industrial metal’s most successful bands. Led by Spider One, a punk rock Billy Idol lookalike, art school dropout and younger brother of horror metal heavyweight Rob Zombie, Powerman 5000 garnered national attention in 1996 with the remastered edition of The Blood-Splat Rating System (also titled Mega!! Kung Fu Radio), giving them a spot on stage at Ozzfest in 1997. Their most successful record, Tonight the Stars Revolt!, came out in 1999 and the band’s most recent release was 2020’s The Noble Rot. Local metal/hard rock promoter 13th Floor Entertainment is bringing them to town this week for a gig on Wednesday, April 6, at Scottsdale’s Pub Rock Live, 8005 East Roosevelt Street. The music starts at 7 p.m. with opening sets by The Takedown and The World Over. Tickets are $20 in advance, $25 at the door. Diamond Rodrigue

Wayfarer at The Underground

Denver’s Wayfarer is hard to describe. The band typically bills itself as “Black Metal of the American West,” which is an intriguing tagline, but it doesn’t properly define what listeners are in for when they play any of the act’s four albums. There’s helping of black-metal elements in Wayfarer’s music — grating vocals, blast beats and tremolo-thick guitar riffs, to name a few — but also a tinge of Americana and sounds associated with Southern gothic music. Sprinkle in some ragtime reprieves and haunting tales of death and doom in the Old West, and Wayfarer can best be described as a one-of-a-kind “black metal” band that has essentially created its own subgenre.

For over a decade now, they’ve been melding all of those seemingly unrelated influences and ingredients into what has become a unique sonic stew. Wayfarer’s latest release, 2020’s A Romance With Violence, is by far its most complete and fully realized album to date. Catch them on Wednesday, April 6, at The Underground, 105 West Main Street in Mesa. Take Over And Destroy, Suicide Forest, and Kthulhu open the 7 p.m. concert. Tickets are $15 in advance, $17 at the door. Justin Criado

Porches is the synth-pop project of Pleasantville, New York’s Aaron Maine. The 32-year-old artist recently released his fifth album under the Porches moniker, All Day Gentle Hold, which has shades of a less gloomy James Blake, keeping the creative autotune but using more standard pop beats. He’s scheduled to swing through metro Phoenix this week when he stops at Valley Bar, 130 North Central Avenue, on Wednesday, April 6. It’s a laid-back way to spend a weeknight. Liam Benzvi will open the 8 p.m. show. Tickets are $18. John Bear

Despite losing their lead singer Dave Williams in nu metal’s heyday, Drowning Pool has remained stalwart in the underground metal scene for almost 20 years since. The last 10 of those years, the band has been led by singer Jasen Moreno, who was featured on the band’s last two albums. The band has teased a new album since 2017, but no solid news has surfaced yet on that front. After all these years, they should have something new to play when they take the stage at Tempe’s Marquee Theatre, 730 North Mill Avenue on Wednesday, April 6. Fellow metal acts Ill Niño, Hed PE, and Evolution Empire share the bill. Doors are at 6 p.m. and tickets are $35 to $60. David Fletcher

Started in Southern California in 1978 by a teenaged Mike Ness, Social Distortion was inspired by the Sex Pistols and the Rolling Stones. Listen to the band’s catalog of seven albums, released sporadically over four decades, and you’ll hear the rebellious spirit of those influences. But lyrically, Social Distortion takes an approach that’s different from that of those two British acts. Ness sings less about emotions and spins yarns about losers, misfits, and those whom life has kicked in the face. He does what every hackneyed creative writing teacher tells students to do: He shows rather than tells. And it doesn’t take getting to Social Distortion’s rocking cover of Johnny Cash’s “Ring of Fire” or Emmylou Harris’ “Making Believe” to recognize that the band’s most obvious influence are the troubadours you’re likelier to hear in old-time country music, albeit sped up on amphetamines. Social D’s latest Valley performance will take place Thursday, April 7, at WestWorld of Scottsdale, 16601 North Pima Road, during a headlining concert at the annual Arizona Bike Week. They take the stage at 9 p.m. Tickets are $50. David Rolland