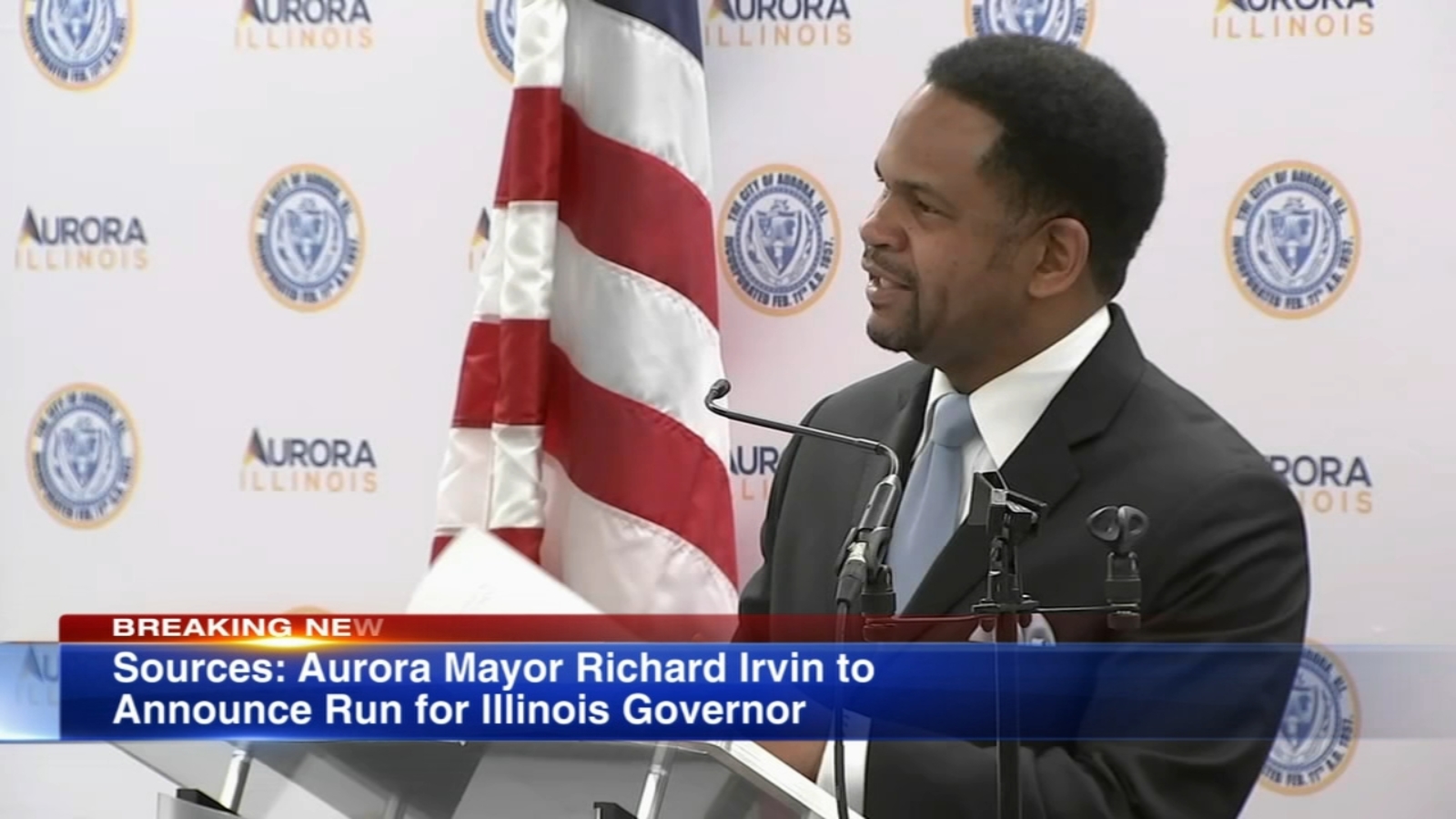 According to political reporter Craig Wall, sources familiar with the decision will have State Rep. Avery Bourne as his running mate.

Griffin has promised to back a candidate to beat Gov. Pritzker in 2022.

At the time, Irvin seemed uninterested in talking about a potential run for governor.

“I am honored and flattered that people are considering me in that light, but right now I’m doing the work for the city of Aurora,” he said at a December 16 event.

According to multiple sources, Griffin picked Irvin, a moderate in his second term as mayor of the state’s second largest city.

Griffin spent more than $50 million of his own money to defeat Pritzker’s progressive income tax referendum, and pledged earlier this year to do whatever it takes to defeat the governor in the next election.

RELATED: Pritzker tries to shoot down speculation he may run for president

Griffin’s team denied he had picked Irvin or any other candidate in December, and issued a statement saying, “We have real problems in Illinois with violence, corruption and profligate spending and I look forward to supporting candidates — be it Republican or Democrat — who will address these issues that plague our state.”

Irvin has an impressive resume, according to his official city bio. He’s an Army veteran who served in Operation Desert Shield and Desert Storm. He is also a former prosecutor and educator.