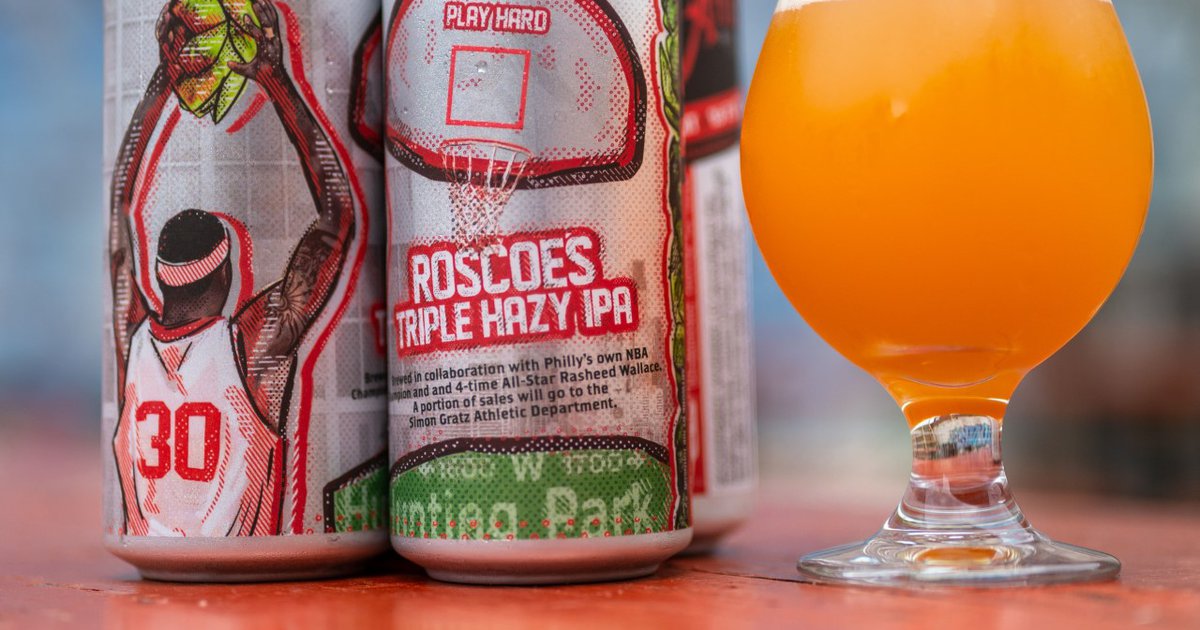 The result, Roscoe’s Triple Hazy IPA, will be released Friday as the Germantown brewery’s latest “Give Back” beer. Ten percent of sales will go to the Simon Gratz High School athletic department.

Wallace starred at Simon Gratz in the early 90s. He and current basketball coach Lynard Stewart were teammates on the undefeated 1992-93 team. After two seasons and a Final Four appearance at the University of North Carolina, Wallace spent 16 years in the NBA, winning a title with the Detroit Pistons in 2004.

Wallace is now a basketball coach at the University of Memphis, but he and Tarik became fans of Attic Brewing Co. earlier this year. After a conversation with owners Laura and Todd Lacy, they worked with head brewer Bogdan Lisachenko to whip up the recipe for the beer.

The beer, named after one of Wallace’s many nicknames, has bold, tropical juice flavors, a malty sweetness and a hoppy bite, according to the brewery. It is 9.4% ABV. Artist Nik Johnson designed the can art.

The brewery is hosting a release party at 5 p.m. Friday. Wallace will be joining via Zoom. Roscoe’s Triple Hazy IPA will be available on draft and in four-packs of 16 oz cans.

Wallace sponsors a free youth basketball camp and organizes Stop the Violence rallies in Germantown, where he grew up. He was inducted into the Philadelphia Sports Hall of Fame in 2019.

Attic Brewing Co. opened in January 2020 and features a rotating variety of beers. Its 4,000-square-foot taproom and 8,000-square-foot beer garden are open seven days a week.

The brewery donates a portion of sales to local nonprofits in the Germantown neighborhood.