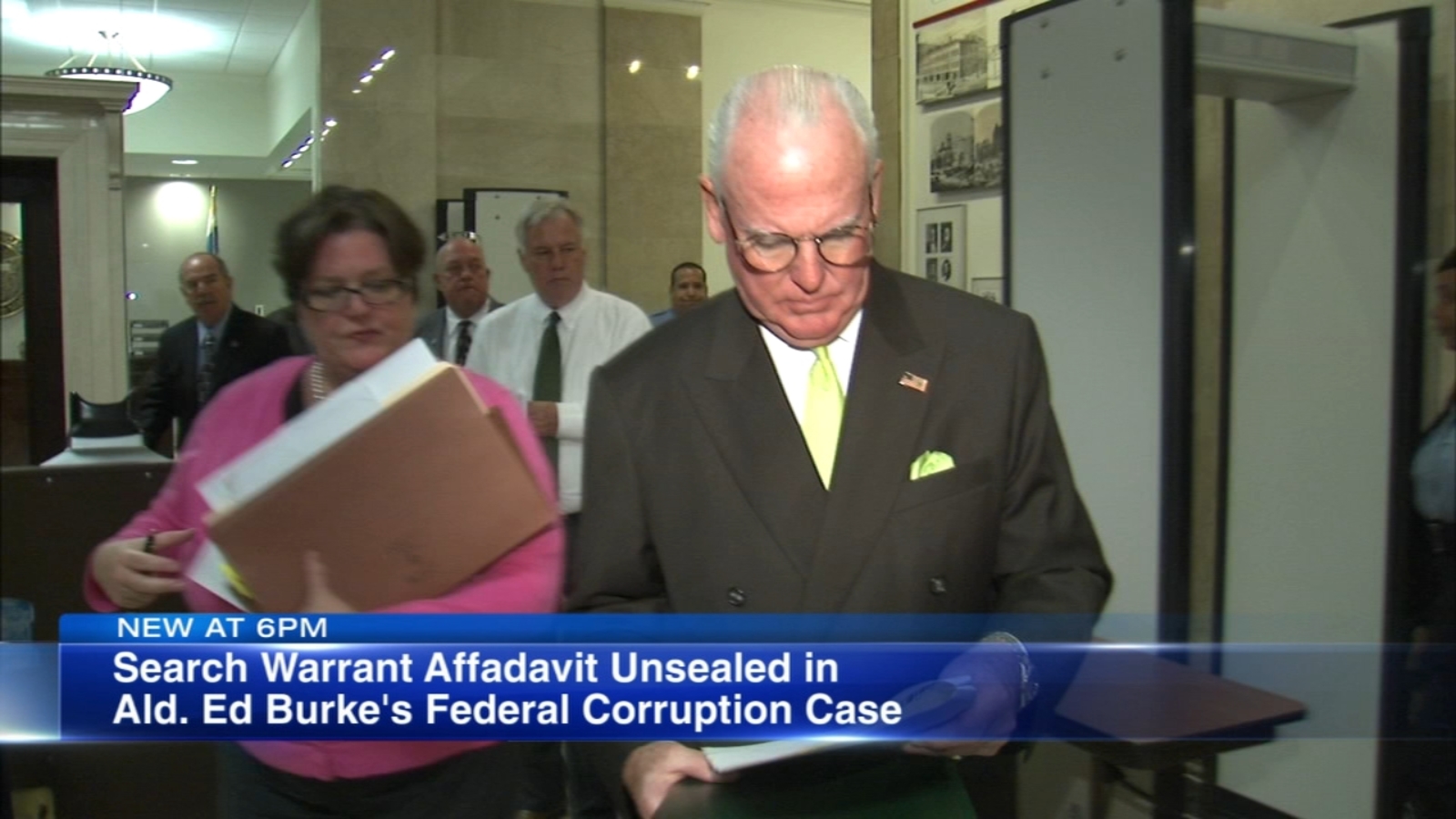 The affidavit shows that along with Burke’s City Hall and ward offices, prosecutors also wanted to search his cell phone.

The documents detail several instances of alleged misconduct discovered through audio and video recordings of the alderman made by then Alderman Danny Solis.

They include his alleged efforts to win business for his tax attorney business from people seeking to do business with the city.

Burke was indicted on 14 counts including racketeering, bribery and attempted extortion.

ABC7 reached out to the alderman’s attorneys for comment.

Report a correction or typo